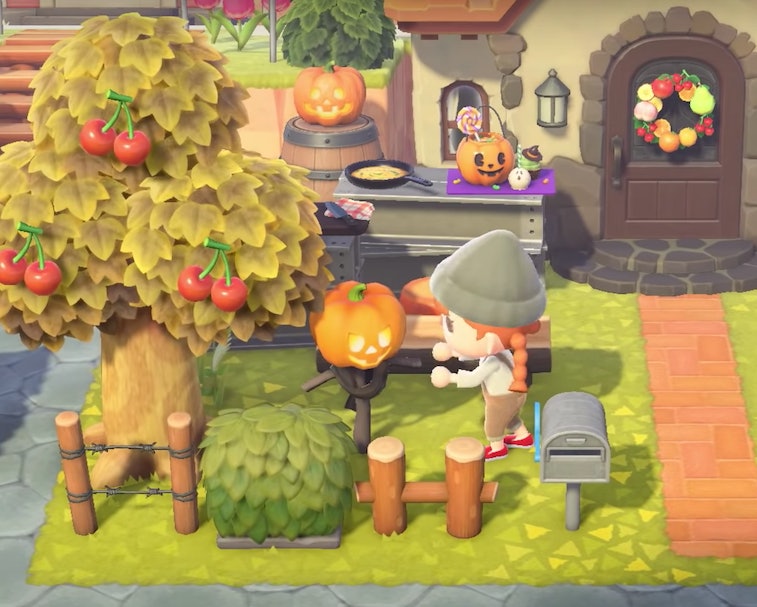 Nintendo knows people love Animal Crossing: New Horizions. With its various updates, it has managed to win over millions of gamers — and generate insane revenue — in a stunningly short period. The meteoric rise of Animal Crossing became crystal clear after the coronavirus-inspired quarantining measures began around the world and those staying at home found an alternate reality increasingly appealing, especially a twee one ideal for distracting from the hellscape of real life.

One of the game's unique selling points is the way it's tied to real-world seasons. To this end, Nintendo has just unveiled a spooky Halloween and fall season update for Animal Crossing. It's cute, creative, and just the right amount of creepy.

Pandemic be damned, bring the pumpkins out — With COVID-19-sparked shutdowns and increased physical distancing, Halloween is going to look different this year, at least in the United States. But Nintendo wants you to celebrate the festivities in a virtual setting where you can experience fall's resplendent glory without potentially harming your own — or other people's — health.

Beginning September 30, you will notice wilting flowers, orange, and red leaves, cooler tones in your Animal Crossing world. You'll be able to truly celebrate autumnal bliss by buying pumpkins from Nook's Cranny in October. What's even better is that you can harvest your pumpkins and use them in DIY projects.

Additionally, Nintendo has announced, "The ability to take a nap and visit other islands within dreams was introduced this summer. Now, you'll be able to easily revisit dreams from a list, making it even easier to visit some of your favorite islands."

What happens on Halloween — After 5:00 p.m. on October 31, Animal Crossing users will be able to visit the plaza, be greeted by a guest named Jack who is also known as the "czar of Halloween," trade candy, and more.

Note: make sure you have candy on hand because if you don't, according to Nintendo, you will be tricked. Look, it's only fair.