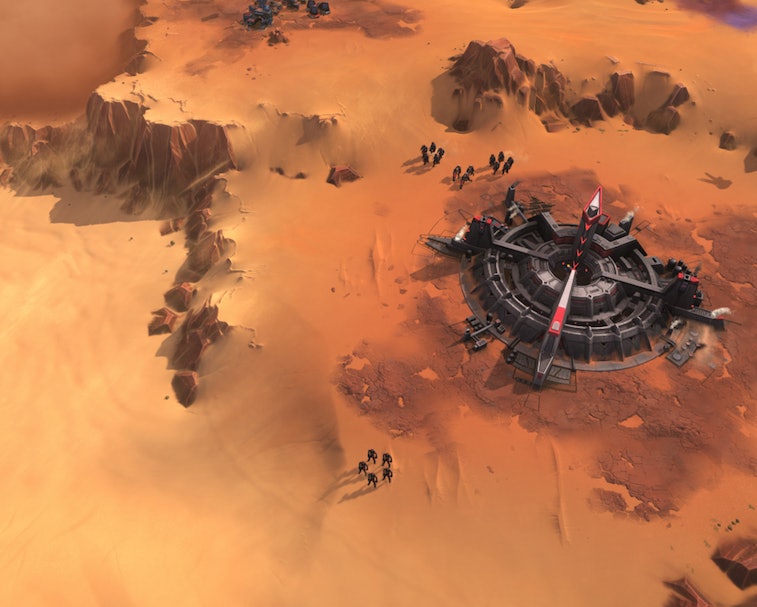 No one actually watches The Game Awards for the awards, they watch it for all the trailers of upcoming games they want to play. There were a ton of big-name action and RPG titles on display, but one of the less bombastic previews has us the most excited — Dune: Spice Wars, a new real-time strategy game coming soon courtesy of Shiro Games and Funcom.

According to the makers, however, Spice Wars will be more influenced by Frank Herbert’s original Dune novels rather than the recent epic adaptation courtesy of Denis Villeneuve, which is fine by us, honestly. As much as we’d love to see a tiny Timothée Chalamet running around our game map, it would probably be a bit distracting while trying to plan our conquest of the planet Arrakis.

While no definite release date has been announced, Funcom says its early-access single-player campaign will become available early next year. Check out the reveal teaser trailer below.

Can’t escape the film’s orbit — Although Funcom was certain to make note of the differences between Spice Wars’ aesthetics/tone and the recent film, it’s going to be really hard to escape the movie’s massive shadow. Also, it doesn’t seem like they’re trying too hard to make us forget Villeneuve's epic — note the similarity between the game title’s font, and that of the movie logo.

Not the only Dune game in the works — For those looking for a bit more of an adrenaline rush, Funcom is also deep into development alongside Nukklear on a Dune survival-style game. While very little is known about that release (we just pretty much told you all there is to know), the prospect of a game centered on a planet known for being, y’know, a deathtrap certainly sounds like it could be a fun, challenging time.