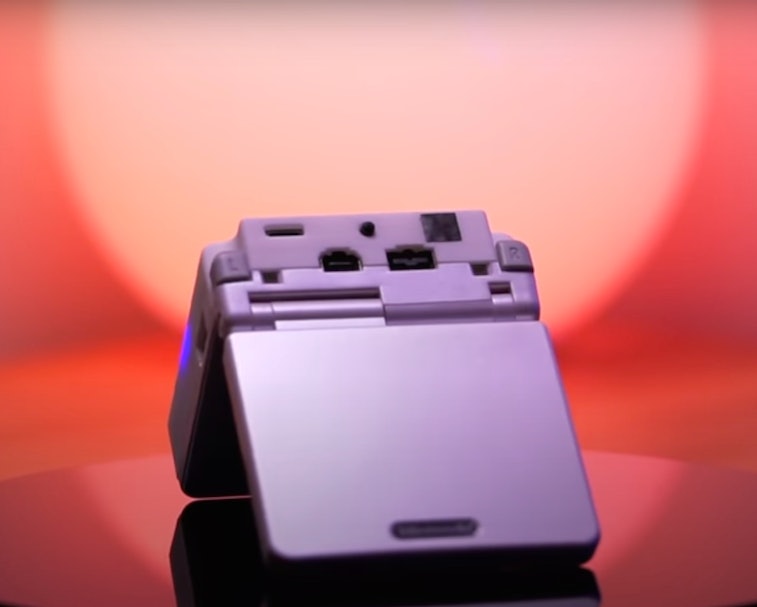 The GameBoy Advance SP is one of the best handheld consoles ever created, thank you very much, but in a modern context, it’s not exactly a spec beast. So the folks over at YouTube channel Macho Nacho Productions took it upon themselves to see just how powerful the SP could be with help from more modern gaming tech (h/t Gizmodo).

The original GameBoy Advance SP case isn’t exactly roomy, so Macho Nacho first had to create a more spacious case for its take on the classic console. To do so they used a 3D printer to make a case very similar to the original, just with about 10mm of added thickness to the bottom part of the case. The GBA SP Expander 2.0 has a big booty, is what we’re trying to say.

Macho Nacho’s video sets out to answer a question as old as time itself: What if we took a regular-old handheld gaming console and then made it positively thicc? The results have us all sorts of worked up and jealous.

Space for everything — The 3-D printed case is Macho Nacho’s standout feature; it really allows the rest of the expanded console to work so beautifully. First and foremost, the extra 10mm of thickness at the base allowed Macho Nacho to install a much larger rechargeable battery. Nintendo’s Advance SP only had a 600 mAh battery pack, which provided something like seven hours of play; Macho Nacho’s design fits a 1,600 mAh battery, adding at least a few extra hours of Pokémon Ruby playback before recharging.

The custom extender base also gave Macho Nacho plenty of space for extra ports. There’s a USB-C port, for example, so you can actually use the charger from your Nintendo Switch to re-juice. And the modders even managed to fit a Qi-compatible coil inside for super-fast wireless charging.

Plus Bluetooth! — Besides those more obvious hardware upgrades, Macho Nacho also took some care in adding general quality-of-life updates to its modern GBA SP. There’s a 3.5mm headphone jack, for example — something Nintendo conspicuously left out of the original SP. Yeah, you needed to buy a separate dongle for that, à la a modern iPhone. Macho Nacho’s also included full Bluetooth connectivity, though, which essentially makes this GameBoy more high-tech than the Nintendo Switch.

If you, like us, are intrigued and jealous of this extremely thicc, extremely high-tech Gameboy Advance SP, you’re in luck. Macho Nacho has linked every build part in the video’s description, and the main video includes a pretty detailed tutorial, too. There are separate videos to guide you through adding Bluetooth and wireless charging components to the GBA SP as well.