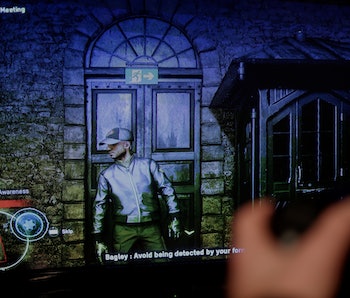 Ubisoft is bringing its subscription game service to Amazon Luna's and Google Stadia. For $14.99 per month, Ubisoft Plus gives gamers access to more than 100 Ubisoft titles, with new games available the same day they launch — including Watch Dogs: Legion, which drops today.

There's no extra charge to use Ubisoft Plus on Luna or Stadia; all you need to do is link your account to those services. Ubisoft Plus will be available in beta on Luna soon, with access via Stadia expected by the end of the year. There's really no significant difference between either cloud gaming platform other than their content library, so unless you're wedded to a particular title one has that the other doesn't, it shouldn't really matter which one you choose to play on.

The only obvious downside is that Ubisoft Plus will still be limited to Windows PCs for now, though.

The worst parts of cable — Turning game access into a cable-like model of individual "channels" may be annoying to some. But it's hard to argue with getting access to day-and-date game releases for only $15 per month. Ubisoft is dropping a solid lineup of games in the next six months, including Assassins Creed: Valhalla and Far Cry 6, both of which will presumably be available on the subscription service.

EA recently announced that its own similar subscription, EA Play would be included in Microsoft's Game Pass cloud-based service for no extra charge.

Game streaming has come of age in 2020, with a slew of companies trying to get a piece of the action. Internet connections have gotten better, and companies like Amazon and Google already have vast networks of server farms from which they can deliver games to consumers.

Even the notoriously insular — and, at times, contrarian — Nintendo has clambered aboard the cloud-gaming bandwagon.

Subscriptions = $$ — Microsoft has been pushing its Game Pass product the most, and it's not hard to understand why. The subscription model can open up gaming to many more people and generate more revenue in the long run as people stay subscribed to continue playing their old favorites... or simply forget to cancel.

Like Sony, Microsoft sells its consoles near cost and makes the most of its money from the games themselves, so if this move means you don't buy an Xbox, it doesn't really matter.

For Amazon, offering individual subscriptions to premium content is nothing new. Through Prime Video, users can subscribe to premium channels like Starz and HBO using their Amazon payment credentials. This is simply another way to keep users in the ecosystem.