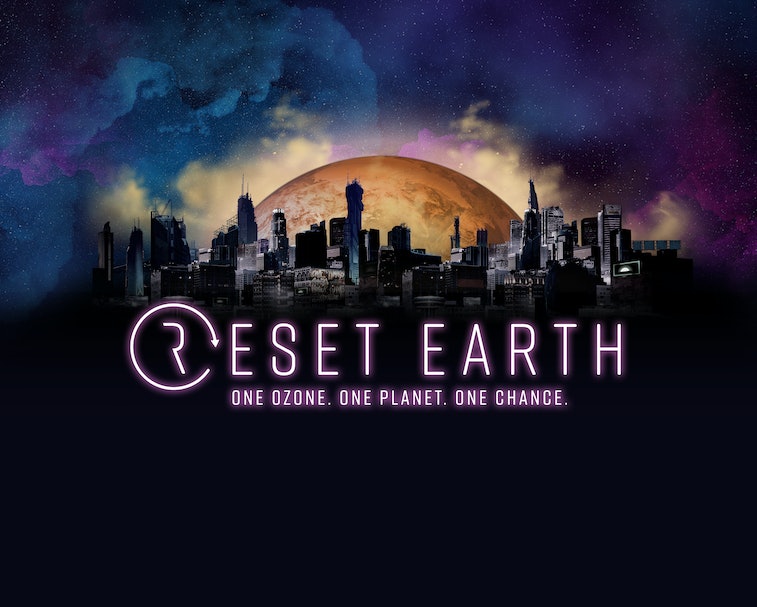 Ozone depletion is one of the main issues that the United Nations' environmental experts focus on. Chemicals manufactured on industrial as well as individual levels affect the ozone layer by diminishing it, including chlorofluorocarbons and hydrofluorocarbons. It's an environmental problem that the United Nations wants to raise awareness about, especially among young people. To this end, it's developed a video game called Reset Earth.

"One ozone. One planet. One change." That's the motto of the forthcoming game for mobile devices. Its protagonists are three teenagers living in 2084 who are on a mission to find out what exactly caused the depletion of the ozone layer, and the subsequent destruction to life on planet Earth.

The game is set in an unspecified post-apocalyptic region where the skies are muddy and orange, thanks to something called "The Grow."

The UN describes The Grow as a disease of sorts that destroys Earth's atmosphere, and cuts life expectancy on Earth to "less than 30 years." Reset Earth is expected to run as a web series as well as mobile game, and it goes live on App Store and Google Play on January 24.

What to expect — Reset Earth is a single-player game with a cartoon-like animation aesthetic, but it looks surprisingly slick for something from an intergovernmental agency. We'll have to wait and see how the episodic format works and whether the UN has managed to strike the right balance between engagement and didacticism.

Oh, and there's some time travel involved, too. As a character, you get to go back in the past and figure out exactly where humanity went wrong. There's also some politics thrown in for good measure — the characters have to go back in time and make sure leaders sign the "Montreal Protocol agreement" that honors ozone layer protection guidelines. Although the United Nations game trailer does not make any commentary on Donald Trump specifically, this sounds like a little jab at the former American president's hostility toward's another Francophone climate agreement... something President Biden is, thankfully, already moving to undo.

A warning, but a fun one — The acting executive secretary of the Ozone Secretariat, Meg Seki, explained the vision, according to EuroGamer. "The protection of the ozone layer cannot be considered a done deal," Seki said. "It must be a continuous effort by us and by future generations. If our children learn about the grim consequences of a ruined ozone layer through a fantasy cartoon and game app, they will be aware of its importance and protect it." Here's hoping Seki's right.