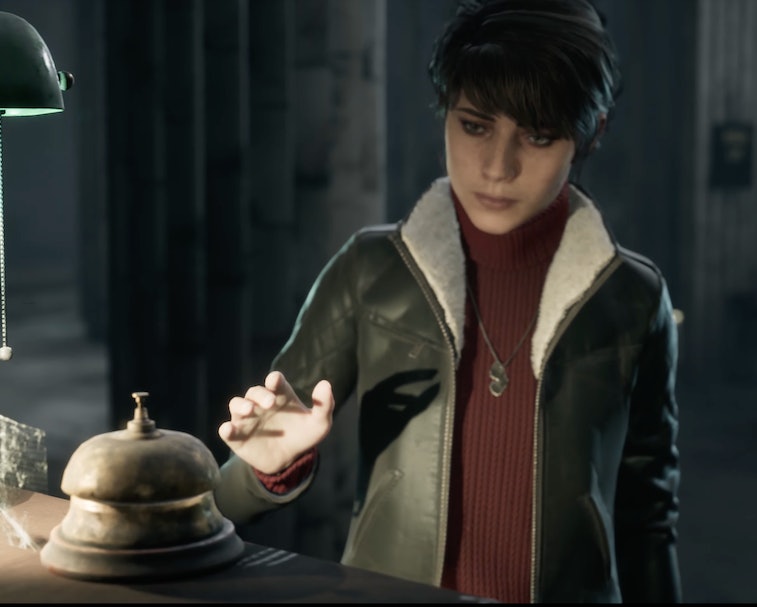 When we first saw a teaser for the upcoming PC and Xbox exclusive The Medium, we were cautiously optimistic. Now that we've seen 14 minutes of gameplay footage, consider us officially excited to get our hands on this one.

The January 28 release from Blooper Team, best known for Layers of Fear and Blair Witch, looks like it takes the best parts of Until Dawn and mashes them up with Silent Hill, Alan Wake, Alone in the Dark, and the '90s WB series Charmed. The game allows players to explore two realities at once: the "real" world and the game's spirit realm.

This premise makes for exciting mechanics — like puzzle solving using what appears to be astral projection à la Beyond: Two Souls — but means there are presentational trade-offs like the fixed camera perspective, a throwback to '90s horror games like the original Resident Evil. We can see the dual reality mechanic becoming something of a vomit comet if players had full camera controls.

Regardless, the game looks like a stunning blast of horror, puzzles, tense action sequences, and emotional, environmental storytelling. All things we like to see! Hopefully the story itself doesn't disappoint like some other recent releases we could mention.

Though we will never be a fan of mediums, we could see The Medium being precisely our shit.