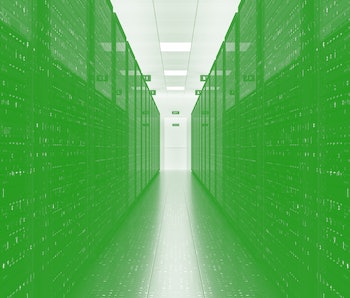 Consoles of the current generation are leaps and bounds ahead of their respective predecessors, beefing the GPU and CPU to look more and more like PC gaming — but that increased power in performance comes with a hefty cost. Both the PlayStation 5 and Xbox Series X/S consoles are already causing headaches when it comes to expandable storage.

With ridiculous read and write speeds that match the top-performing SSDs on the PC market, prices for expandable storage are through the roof, coming in at as much as half the price of the consoles themselves. These prohibitively expensive storage solutions show no signs of tempering in the near future, positioning cloud gaming as an alternative for more budget-conscious gamers that may not want to spend $200 on a storage drive on top of a $500 console.

Storage wars — Last week’s news of Sony adding M.2 NVMe SSD support for the PlayStation 5 has stoked conversations like these. While Sony isn’t selling proprietary storage solutions this time around — RIP to the Vita, a real one — the third-party options are by no means cheap and a bit confusing, with only some high-end Gen 4 NVMe SSDs compatible with the hardware (Input’s top pick is Samsung’s 1TB 980 Pro, a $230 SSD). It’s also not easy to install these drives since it requires partially disassembling the console to get to the SSD compartment, a somewhat tricky proposal for the average person.

At least Microsoft did a better job with the Xbox Series X/S, selling a storage drive (manufactured by Seagate) that slots right into the back of the console. The Seagate Expansion Card is about as simple as it gets, but it’s just as expensive as buying an NVMe SSD for the Playstation 5: $220, or $80 less than the cost of the Xbox Series S. Other types of storage drives can be used with either console but only for storing games or playing backward-compatible titles. The Seagate Expansion Card is the only one capable of using Xbox’s Velocity Architecture, so users really only have one choice.

All of this really brings me back to the era of the Xbox 360, when Microsoft also sold an expensive, interchangeable proprietary storage solution and Sony’s PS3 required a complicated HDD installation process.

After finally getting my hands on an Xbox Series S last week, I feel a bit cheated. The disc-less console relies solely on digital games, but the paltry 500GB onboard storage doesn’t cut it, especially when it’s more like 364GB with all the system files. The PlayStation 5 digital edition has about twice as much useable storage, but it falls way short of a 1TB, which, with AAA games ballooning to 100GB or more, is pretty much the standard these days. So what’s the solution? For those with a stable internet connection, cloud gaming isn’t a bad way to go.

Cloud gaming — Look, cloud gaming won’t dethrone hardware any time soon, but the jumps in technology in the last few years are finally making it a viable solution. Internet speed could be an obstacle for some, but the bright side is that, in some cases, you may only need a controller — no expensive SSD necessary.

This year, I’ve tried both Google’s Stadia and Amazon’s Luna, playing titles like Ghostrunner, PlayerUnknown’s Battlegrounds, Rainbow 6: Siege, and others. I expected terrible lag and dropped frames when playing competitive online shooters, but none of that happened. Instead, I’ve had a great time, returning to PUBG a few times a week because the gameplay is so stable. My gigabit internet connection is a big help, but Google claims Stadia can work with an internet connection as low as 10mbps, or 35mbps if playing in 4K.

Google now sells the Stadia controller and new Chromecast with Google TV as a $100 bundle, and a cheaper bundle with the controller and older 4K Chromecast for just $80, making it accessible for just about anyone. To access Luna, I purchased the Luna controller ($70) and was able to play on my iPad, though the app is available on Amazon Fire devices and other platforms. Sure, you have to spend a few dollars to play games on the cloud, but it pales in comparison to the price of a new console and all the accessories that requires. Even Microsoft is getting in on cloud gaming, pushing its xCloud Game Pass cloud streaming service more than ever, with dedicated controllers, grips, and possibly an xCloud-dedicated box in the future.

xCloud streaming box — Renders of an Xbox streaming device for xCloud made the rounds over the weekend on Twitter (via Gizmochina). The Tweet uses an anonymous 4Chan post as the original source, which claims it’s about the size of a deck of playing cards, has Wi-Fi, and is coming out later this year. The renders and specs that accompanied the tweet are unverified and, according to Tech Radar, it’s probably a load of BS. That’s more than likely the case, but a similar device may launch at some point, as Xbox said last year it was working on a device for cloud gaming.

There haven’t been any updates from Microsoft about the dedicated streaming device but, until it’s canceled, it’s safe to assume it’s being worked on. In the meantime, Microsoft is doubling down on the xCloud service, announcing last month that it’s working to bring a dedicated app to smart TVs. That move alone would secure a huge potential audience, bringing over 100 games directly to any living room for the price of an Xbox controller and a Game Pass subscription. I’m stuck with Xbox Series S — and I’m liking it so far — but being able to play all those games on the cheap via the cloud is an enticing proposition. For now, if you’re interested, you can play access the xCloud beta with a Game Pass subscription on certain mobile devices.