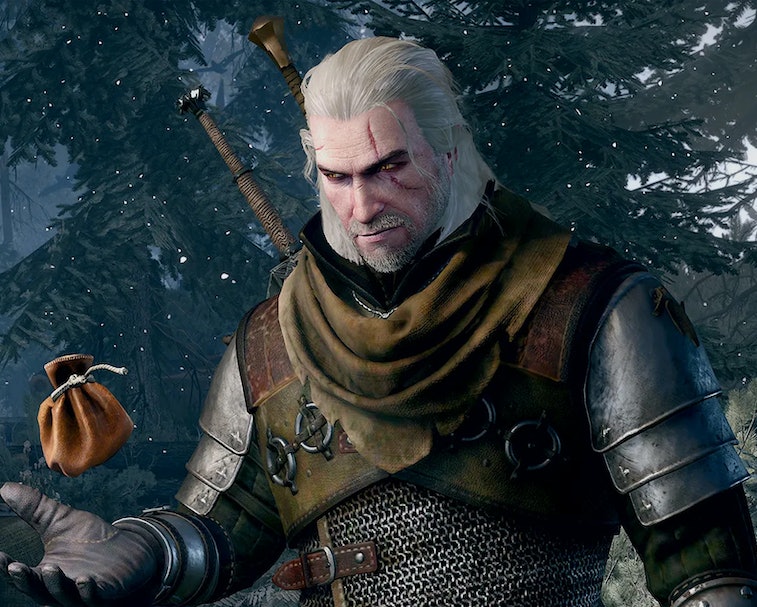 Here's a fact you might not like: we are now more far removed in time from the release of The Witcher 3: Wild Hunt as Super Mario 64 was from the American release of Super Mario Bros. 3. Still, some die-hard fans can't let go of the retro gaming classic Witcher 3, including prolific content creator xLetalis, who has tirelessly documented many of the massive game's subtle details in the seven years since its release.

On a few different livestreams, CD Projekt Red staff members have continually hinted that there's an Easter egg in the game that no one has managed to find yet. (Praise Geraldo!) After a few days of searching and poking around — and thanks to a few hints from devs — xLetalis discovered that a certain NPC named Vivienne in the game dies after seven years of in-game time. Yes, that's really the secret.

To be fair to CDPR, this is actually a pretty funny twist. Geralt meets Vivienne in a side quest in the game's Blood & Wine expansion — which is by far its best part, by the way, so go play it if you haven't — where she's transformed into a half-bird monster due to a curse. You can choose to lift the curse, but Geralt warns her that she'll only live for the lifespan of the animal, which is "seven years at the most."

xLetalis used a few console commands to speed up the passage of time in the game by about a thousand-fold, and it turns out she flops over dead after seven years. Now that's commitment to the bit. They also discovered that the passage of time breaks after about ten years of in-game waiting, so we guess Geralt didn't save the universe after all. Or maybe it's just a second Conjunction of the Spheres.

Lead quest designer Philipp Weber confirmed that this is indeed the last secret that he referred to in several livestreams, but he stopped short of saying that it's actually the last Easter egg hidden in the game.

"I'm not sure if it's the last secret, but it for sure is pretty close," he told IGN. "Everyone hid so many details during the last months of development that people are probably still going to find something new one day. For sure this is the Easter egg I hid the most out of all the ones I did, so it's quite impressive that it was finally found."

This is pretty good timing on xLetalis’s part, considering that CDPR just announced a new Witcher game yesterday. They’re developing it in partnership with Epic Games, but it’s not going to be an EGS exclusive.