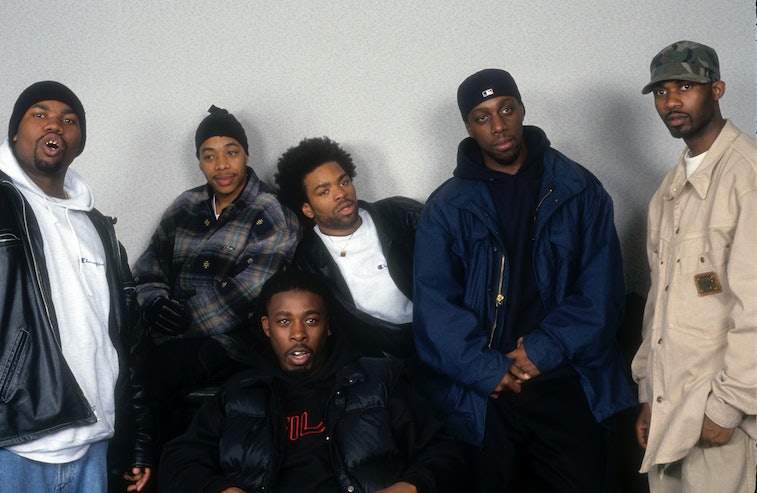 A new report from Windows Central indicates that a Wu-Tang Clan-themed action RPG may be under development at Xbox. According to Windows Central's Jez Corden, rumors about a new Wu game have circulated for months, and now Jeff Grubb of VentureBeat has now spoken publicly about them, which lends the information additional credence.

Apparently, this hip-hop infused game will be an action-RPG with four player cooperative play and a focus on loot. The legendary rap collective will provide the game's soundtrack. According to the rumors, the game is under development at Brass Lion Entertainment, a fledgling studio composed of veteran devs who worked on projects like Sleeping Dogs, Skyrim, and Mass Effect. The game is currently referred to by the working title "Project Shaolin."

Subject to change — As we've discussed before here at Input, we're living in a boom time for gaming rumors and leaks, and not all of them are reliable. Then again, Brass Lion's president Manveer Heir posted a tweet that stated that the studio is looking for a game designer to work on an "unannounced action-RPG" with a "dope anime aesthetic," so feel free to draw your own conclusions.

Though the Wu hasn't released an album since 2017's The Saga Continues, the collective has always been open to cross-media opportunities. (RZA and company even have their own origin story TV show, Wu-Tang: An American Saga, which received positive reviews from critics.) Assuming that Project Shaolin moves forward, it seems very likely that it will release on Xbox Game Pass.

Protect ya neck — As true Wu devotees know, this wouldn't be the first Wu-Tang game to come to store shelves. Back in 1999, the bizarre fighting game Wu-Tang: Shaolin Style debuted on PS1 to mediocre reviews, but respectable sales. (Funnily enough, Shaolin Style's main claim to fame was its support for four-player simultaneous action, which was considered quite impressive at the time.)

As I reported in a lengthy feature for Variety, Shaolin Style emerged from the corpse of the infamous Thrill Kill, which was cancelled at the last minute due to concerns about its graphic violence. Developer Paradox retooled the controversial game into a Wu-Tang themed project at the behest of Activision, and the rest is history.