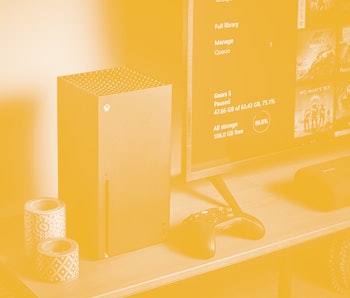 UPDATE (01/23 10:30 a.m. ET): Xbox this morning announced it was reneging on planned price hikes and Xbox Gold Live Memberships will remain unchanged. "We messed up today and you were right to let us know. Connecting and playing with friends is a vital part of gaming and we failed to meet the expectations of players who count on it every day. As a result, we have decided not to change Xbox Live Gold pricing," the company said in an amendment to yesterday's announcement.

Sorry, Microsoft optimists: Your dreams of a rumored free Xbox Live membership tier are for naught. According to the gaming giant, users can soon expect a price increase for Xbox Live Gold subscriptions pretty much across the board. While gamers are being offered the option of converting their existing Gold credit to Game Pass Ultimate, the move certainly points towards no plans for a cheaper restructuring of next-gen console membership fees.

Adjust your budgets accordingly — As reported at multiple outlets, Live Gold subscribers in certain regions are already receiving notifications about price increases for the near future. While prepaid subscriptions won't change until their respective expirations, "going forward, new pricing will be 1-month for $10.99, 3-months for $29.99, and 6-months for $59.99, or your local market equivalent," according to the official Microsoft statement. That said, "prices won’t adjust until at least 45 days after [subscribers] receive the messages."

Don't start gloating yet, PlayStation fans — Considering how Live prices haven't changed much at all in roughly a decade, the new numbers aren't wholly surprising, or even necessarily unwarranted. Still, PlayStation devotees should probably hold off on popping the champagne...

Right now, a PlayStation Plus membership remains steady at $60 per year, so Microsoft's comparatively steep price hike might initially seem somewhat ridiculous. None of these marketing decisions happen in a vacuum, though, so PlayStation loyalists shouldn't start gloating prematurely: It's likely the Xbox shift will either reflect additional subscriber perks, or it portends similar Plus price increases to come.

Still, not a terrible deal — One of the chief reasons for both the subscription model changes and potential Game Pass Ultimate credits is Microsoft's hope for consumers to switch to the latter plan. To be honest, even with the additional fees, Game Pass Ultimate is a pretty solid gaming deal: atop the pre-existing Xbox Live Gold access, users also get xCloud streaming and over 100 free game titles, to boot.

In any case, as streaming games increasingly come to the forefront of digital entertainment, price fluctuations are sure to follow. While Microsoft's announcement may be a long time coming, it is almost assuredly far from the last we'll see in the coming years, especially as the next-gen consoles continue to settle into their respective market niches.