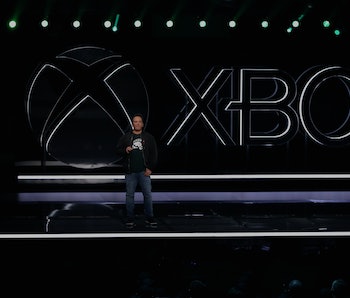 The race to offer console-quality games from anywhere over the internet has reasonably made gamers wonder whether dedicated consoles are going the way of the dodo. If you can just stream a game without shelling out $300 or more on hardware, why bother? But Xbox head Phil Spencer says that Microsoft will continue releasing new hardware beyond the Xbox Series X and Xbox Series S.

Flexibility of choice — Internet speeds and latency continue to improve, though physical consoles still guarantee a low latency, stutter-free experience. And digital cloud services could shut down at any moment, leaving you out of all the games you paid for. Microsoft fine tunes its Xbox consoles for specific performance; the games you're accessing through the cloud are being run on an Xbox somewhere else. Some gamers just want to have that hardware sitting as close to them as possible for the lowest latency possible.

Look no further than pre-order delays for the Series X for evidence that there's still plenty of demand for hardware. Gamers are probably the last group that will ditch physical media altogether.

Streaming is another way to play for convenience but not as a replacement for console hardware. Playing on the go when you're not at home is nice, and streaming will surely open up the market to many more casual gamers who don't want to invest in hardware.

For Microsoft, the new emphasis on cloud services is likely a bid to turn Xbox into a Netflix-style service that keeps people subscribed for years to come.

Look no further than Disney+ as evidence of Microsoft's model with its Game Pass subscription — that service rocketed to more than 60 million subscribers on the back of old movies and TV shows. Microsoft is another company that has a large backlog of popular entertainment. People will stay subscribed just so they have access to those old titles. So long as Microsoft's cost to develop new games is lower than the revenue it brings in from subscribers, it's golden.

Xbox goes iPhone — What's more interesting for the future of the console is the potential for Microsoft to innovate on the hardware more rapidly and release new consoles at a faster cadence like Apple does with the iPhone. The Xbox All Access financing plan offers an Xbox Series S and Game Pass for $24.99 per month, and it's not unreasonable to expect a trade-up program akin to what cell phone providers offer.

Microsoft sells its consoles at a loss and profits from game sales anyway. By bringing more people into the ecosystem through subscriptions, it could lower the lifecycle between each console release and keep people looking toward something fresh and exciting every year, just like they do with the iPhone.

Constantly updating the hardware to keep up with graphics capabilities and storage would be something truly new and exciting for gamers, and help Microsoft stand out from Sony. If this is the strategy it's planning, the biggest question becomes, what the hell will Microsoft do about its horrible Xbox naming conventions?