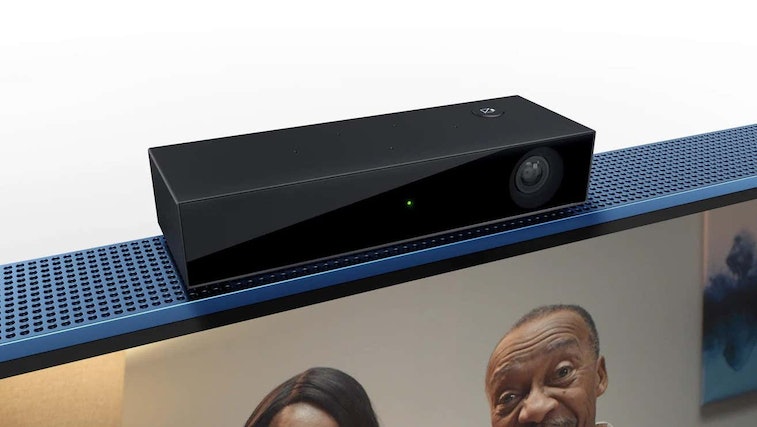 Microsoft’s Kinect has been given a second life. The social gaming accessory, which was launched in 2010 to enable gesture-based gaming for the Xbox 360, was killed several years later.

Now, however, it appears that Kinect is back, inconspicuously functioning as an accessory for a new smart TV. Sky, a European pay-TV and internet operator owned by Comcast, is launching its own TV set called Glass TV, and says it has partnered with Microsoft to offer a 4K camera accessory that includes motion controls, gesture support, and social sharing features. The device looks almost like the final version of the Kinect that launched with the Xbox One.

“Working with Microsoft we’re also building a fantastic feature that lets us watch TV together even if we’re miles apart,” Fraser Stirling, Sky’s chief product officer, said at an event. “It syncs your TV with other households, with integrated video and chat on-screen, and you can choose content from the biggest channels — including Premier League matches, movies, and all your favorite entertainment.”

Failed marketing — After launching with the Xbox 360, the Kinect accessory became a bundled accessory with the Xbox One, as Microsoft hoped to turn the video game console into an all-in-one entertainment device. The idea was that the Kinect — which included voice controls — could allow people to seamlessly play games, start playing a movie, or launch a video chat with a friend.

That never really panned out, though, with the general sentiment amongst gamers that Microsoft was focusing too much on entertainment with the Xbox One and not enough on gaming. The Kinect was also an extra $100 add-on that players were required to buy, but really only supported casual gamers’ activities. If Microsoft had emphasized that even hardcore gamers could find it useful for hands-free usage — and the type of video chatting that has boomed during the pandemic — it might have been more successful.

Second time’s a charm — At least it wasn’t all for naught, as Sky is hoping its new line of TVs will let it compete against device makers like Roku and Amazon, the latter of which recently launched its own line of TVs. Sky is probably envisioning that releasing its own TV will keep people subscribed to its pay-TV services. Subscribers will be able to pay for the TV outright or pay it off by adding it to their monthly TV bill. Traditional bundles are increasingly challenged by streaming, though, so it remains to be seen whether that’s going to be enticing.

Smart TVs like Glass can also be a vehicle to sell advertising — which is one way Roku makes money. Even if people ditch a cable bundle, where Sky makes money from ads, it could still retain a lot of income that way.

Sky’s owner Comcast has said it would release its own line of TVs, through which it could promote its Peacock streaming service. It’s unclear if it will be based on the Glass TV. Sky’s Glass TV is set to be released on October 18 in the United Kingdom, with releases in other markets like Australia to follow. The TV comes in configurations of 43, 55, and 65-inches, and features 4K resolution and Dolby Vision HDR.

Glass TV pulls together local content, streaming services, and Sky’s own TV offerings. The Microsoft camera accessory will support a limited set of games like Fruit Ninja, as well as social apps including Zoom. People will also be able to play games or watch TV channels in sync with their friends.

More like this
Steven Wright
5.11.2022 8:13 PM
Long live E3
E3 might be dead, but Keighley says Summer Game Fest lives on
Steven Wright
8 hours ago
Old souls
These are the 10 most-played games this year (and Elden Ring isn’t one)
Steven Wright
5.24.2022 9:15 PM
Pay the piper
Sony is stiffing PlayStation Plus users with surprise upgrade fees