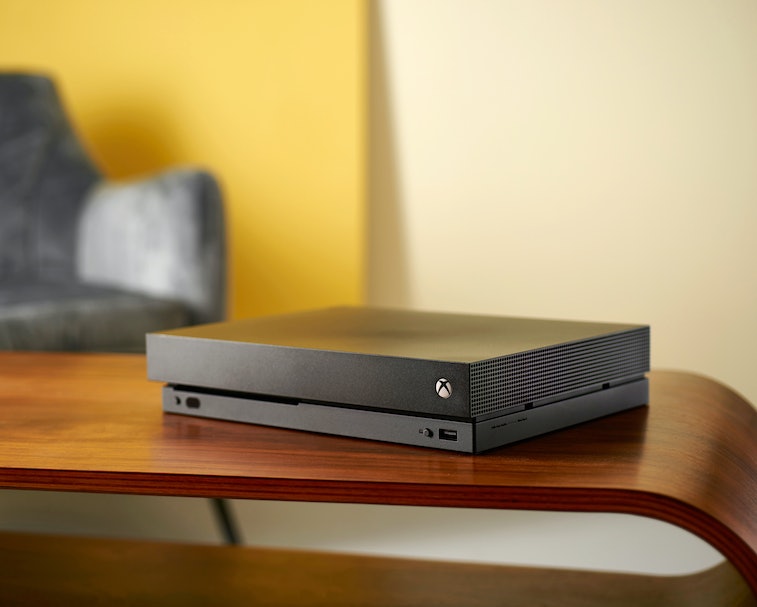 Buyer beware. Amazon data indicates that sales of Microsoft's outgoing Xbox One X are up over 430 percent in the past 24 hours. At one point today, it was as high as 747 percent. Coincidentally enough, pre-orders for the latest Xbox Series X — a completely different console and the one your kid actually wants — went live today, September 22. That console will be available on November 10.

These names are a disservice to consumers, frankly — all you're doing is confusing a whole lot of people and creating a bunch of sad kids and frustrated parents when they realize the mix-up that was made.

This is lazy, Microsoft — Sure, buyers could do some research themselves. But with all the investment and marketing power behind it, you'd think Microsoft could have come up with any other name for the new console. Why not just name consoles sequentially? Xbox One, Xbox Two, etc. That way consumers can at least intuitively understand which console is the latest and greatest version. Looking at the names "Series X" and "One X" tells nothing about the difference.

The second-generation Xbox 360 sort of threw the sequential scheme out the window. But Microsoft could have changed the letters at least and dropped the "X" from Series X for something different to delineate models.

Microsoft itself has even tripped up with its naming convention. In a press release announcing pre-orders for Destiny 2, the company wrote that the game will be coming to "Xbox One Series X," a console that doesn't exist. It clearly confused the Xbox One X and Series X.

This whole situation is funny but it's also sad to consider parent's disappointment thinking they got the coveted item and everything was good to go, only to learn otherwise.