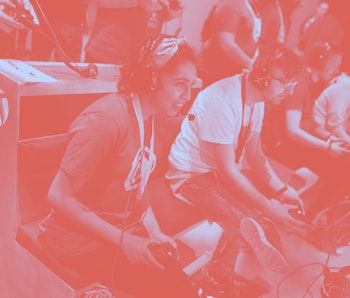 The list of people able to attend the party just got longer. Earlier this week, Xbox announced a new feature update to its popular Party Chat system for Insider members that includes speech-to-text transcription, as well as text-to-speech synthesis for players. Available now, anyone using the Xbox Insider hub can both hear all words typed by players within a party read via one of the multiple synthetic voice options, and have their own speech transcribed into plain chat text if needed.

“Either one of these features (or both working together) can be used to help gamers who are deaf or hard of hearing and/or cannot or choose not to speak to participate in Xbox Party Chat without special accommodation from others in the party,” reads the Xbox Insider site announcement, adding that the feature is also a convenient way to test faulty microphones and distinguish in-game vs. player dialogues.

While similar features were already available for in-game speech and text, the real-time addition is a big step forward for more large-scale accessibility within the gaming community... now if only new players could actually get their hands on a console.

The rollouts keep rolling — The new Party Chat upgrade is just the latest in a long line of additions to the next-gen console courtesy of Microsoft in recent months. The Console Purchase Pilot program announced earlier this week aims to curb scalpers’ current holds on extremely limited supplies by allowing customers to register for a chance at reserving a Series X or Series S as they become available.

Before that, Xbox’s Cloud gaming beta released for iOS devices and PCs late last month, heating up the competition for game streaming supremacy. And lest we forget the acquisition of a little studio called Bethesda earlier in the year to add some extra games to said cloud streaming system.

A perfect addition to the perfect headphones — Still, even taken on its own, Party Chat’s new accessibility options are a welcome surprise from both Xbox and Microsoft, especially when the console’s wireless headset is the clear winner when compared to the PlayStation 5’s offerings. They fit better, have better control buttons, feature longer battery life, and just overall look better than their Pulse 3D competitor. But hey, if you’re looking for a more fashionable option, there’s always those new Beats Studio3 headphones made in conjunction with Psychworld.