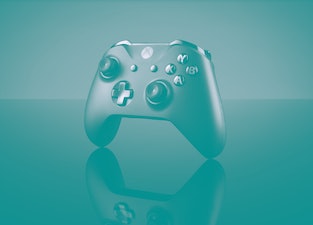 How many hours of backwards compatibility testing the consoles boast.

Interoperability just got a whole lot better. Team Xbox member Jason Ronald told everyone on Twitter that any games you can play on Xbox One will easily run on the next-gen consoles like Xbox Series X and Xbox Series S. The proof? 500,000 hours of testing. This kind of backward compatibility works out for everyone in the equation, console creators and gamers alike.

The only catch is that this won't work for Kinect-only games, which make sense. According to Ronald, "After 500,000 hours of testing, we’re are excited to share that all Xbox, Xbox 360 and Xbox One games playable on Xbox One today, except for the handful that require Kinect, will be available — and look and play better — on Xbox Series X|S at launch."

Three generations — Backward compatibility for any kind of system is helpful but especially with video gaming, titles that work with all generation consoles appear to have a lot more cultural popularity and pull than those limited to a specific generation.

With this kind of interoperability, Microsoft will upgrade Xbox 360 and original emulation for the more recent consoles. Input previously noted that some of these games will boast increased original frame rates and a degree of Auto HDR tone for older titles.

At this moment, at least 500 Xbox 360 titles have interoperability with other consoles. It's a matter of getting rights through individual developers but if that legal friction can be solved, you could see even more from the Microsoft Store. On top of this, the even better news is that Microsoft is getting more serious about forward compatibility in addition to this run of 500,000 testing hours. This means that old-gen games will not only run on new consoles but also be tip top ready for next-gen hardware. Our only suggestion? Don't forget the Kinect lovers.