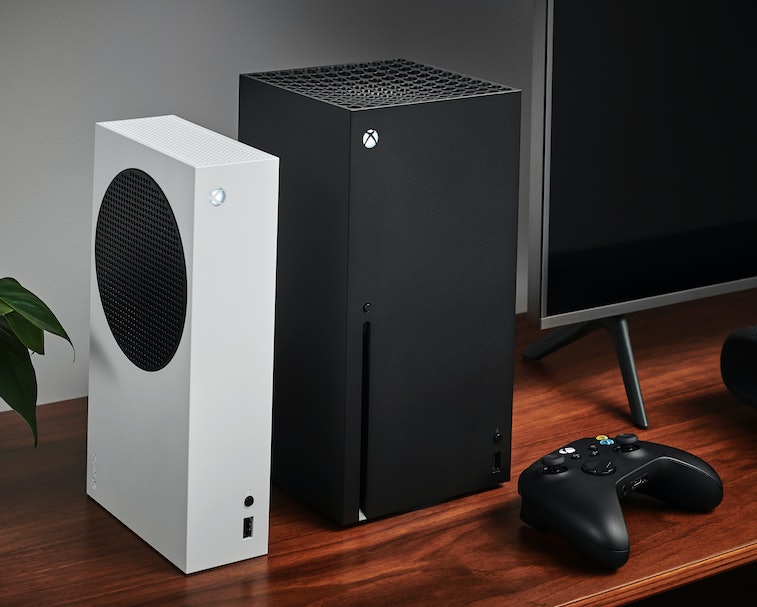 Now that the Xbox Series X and PlayStation 5 are out, gamers are starting to notice one big difference between backward compatibility on the new consoles. Games designed for the now-previous generation of consoles run at boosted frame rates on the Xbox Series X, but not on the PS5. Rocket League, Star Wars: Squadrons, and Call of Duty: Warzone are among the titles that stand to see large performance gains in the Xbox ecosystem, but not in Sony's.

Microsoft and Sony moved to the x86 architecture standard with their previous consoles in order to ensure that backward compatibility would be easy down the line. Even more, both the Xbox Series X and PS5 are essentially the same consoles — the core CPU and GPUs powering both are nearly identical. So why can games get frame rate boosts on the Series X but not the PS5?

Subtle differences — The issue seems to relate to how the PS5 handles backward compatibility. The new console doesn't run older games natively but instead includes a PlayStation 4 emulator that downscales CPU and GPU performance and locks games to 60 fps. Microsoft's added support for 120 fps to the Xbox years ago, and its emulators for the Series S/X have been enhanced to take advantage of the new hardware. Upscaling older games is therefore much easier on the new Xbox, requiring minor patches.

Developers could unlock higher frame rates on older PlayStation games, but doing so would require re-writing more code — something developers may not want to do as they prioritize new releases. Playing older titles playing on the PS5 should at least benefit from faster load times thanks to the new SSD, however.

Higher frame rates might not seem like a big deal, but gamers can notice a marked difference between titles running at 60 fps versus 120 fps. In layman's terms, frame rate refers to the number of times an on-screen image can be refreshed per second. The more often, the smoother the result, especially if there's lots of movement in the frames.

Sony keeps its eyes on the future — Sony has never been particularly enthusiastic about backward compatibility, saying in the past that data indicates few people actually play old games on newer consoles. So while it's pleasing that most PS4 games will run on the PS5, it's unsurprising that they won't be able to take full advantage of the new console. Games for the PS3 and older won't be supported because those consoles ran on a different CPU architecture set than x86 (though Sony has been adding games from older consoles to its PS Now service so they can be streamed over the internet).

Give it time — While it seems like Microsoft was slightly more forward-thinking than Sony in terms of backward compatibility, this advantage will disappear the longer time goes on, as PS5 native games will have parity with the Xbox Series X. Just as the Xbox Series X will see more exclusives to rival the PS5 as time goes by.