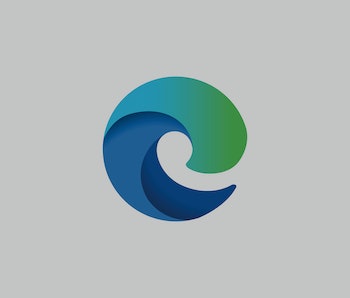 Microsoft recently began testing a revamped version of the Edge browser for Xbox that’s powered by the Chromium rendering engine. The introduction of a modern engine — the same that powers Google Chrome — means that many web apps that don’t work in the existing console browser will now be supported. One such app that’s been found to work in testing is GeForce Now, a cloud streaming service that allows gamers to stream their PC libraries over the web.

The new browser is expected to be rolled out to Xbox One and Series S/X sometime soon, as official support for the existing browser started being phased out on March 9.

All-in-one gaming machine — A YouTuber who goes by the name Joe Chip was able to visit GeForce Now in the updated Edge browser and launch Wreckfest. Of course, it’s all dependent on having a good internet connection, but it appears that games run with minimal stuttering or latency, and the graphics quality looks solid.

GeForce Now supports streaming games from the Steam and Epic Games platforms, meaning that Xbox owners can effectively play any PC game right from an Xbox. Users don’t even need to pay for GeForce Now; most games purchased from supported platforms can be streamed through the service for no extra fee. Paying an optional subscription fee unlocks improved performance.

Valve, the company behind Steam, previously sold a hardware device called the Steam Link that allowed gamers to stream their PC libraries to a TV. PC gamers increasingly prefer to play with controllers, in which case couch-based gameplay makes sense.

No mouse support, yet — The only thing missing in the new Edge browser is mouse support. It’s not certain that Microsoft will allow them, which could limit play of games that require them, or genres where a mouse is preferred. Mice are supported in some Xbox user interfaces and games, however. Keyboards do seem to work in the new Edge.

PC gamers increasingly prefer to play with controllers, in which case couch-based gameplay makes sense. So even if full mouse and keyboard support doesn’t make it to the final version, being able to stream to a console is a convenient feature.

Google Stadia has also been found to run in the browser. It’s possible some of these services could be blocked from working once the browser is rolled out to everyone. Microsoft is investing heavily in its game subscription service Game Pass. That service supports streaming games to desktops and mobile devices, with support for streaming from an Xbox coming eventually. Microsoft or Google may choose to block support on the Xbox Edge browser so as not to support a competitor.

The new Edge for Xbox is essentially a port of the desktop version. Other new features coming in the browser including cross-device syncing and support for extensions.