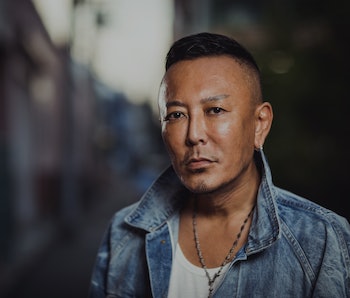 Toshihiro Nagoshi, the famed creator of the Yakuza game series and a major managerial and creative influence at Sega, is leaving Ryu Ga Gotoku Studio after more than three decades of working with Sega. RGG Studio posted a message from Nagoshi upon his departure, in which he thanks fans for supporting the Yakuza series and all of the studio’s endeavors.

“As of today, a new Ryu Ga Gotoku Studio is born where the series will live on,” he writes. “Though I don’t know for sure what they will create, I believe the new generation will further enhance the foundation we built over the years and deliver great games to the world.”

Along with Nagoshi’s announcement message, RGG Studio director Masayoshi Yokoyama published one of his own, wherein he states definitively that there will indeed be a direct sequel to Yakuza: Like a Dragon, 2020’s entry in the long-running series.

A Sega legend — In Yokoyama’s message, he expresses solemn thanks for Nagoshi’s part in building the Ryu Ga Gotoku. He says that, at the studio’s inception, its name was almost synonymous with Nagoshi’s.

It’s difficult to overstate Nagoshi’s impact on Sega’s development and on the wider world of video games. He first joined Sega in 1989, shortly after graduating college, and used his background in movies to work on the company’s camera angles. He’s said in the past that his ability to do so made him feel “like a lifesaver.”

Nagoshi is definitely best-known for his work on the Yakuza series, which is actually called Ryu Ga Gototku in its original Japanese. Nagoshi has been very close to the series since its inception; the main character through the first six titles is even named after a close friend.

More life for Yakuza — You might think, given Nagoshi’s closeness to the series and its studio, that the game series might end with his departure. But Yakuza will live on even after Nagoshi has left it behind.

Yokoyama, who has long served as a series director for Yakuza, will now take over as the studio’s director. Ryosuke Horii, who directed Like A Dragon, will also help lead the sequel.

Nagoshi isn’t the only big player leaving the studio; Daisuke Sato, a series producer for Yakuza, is also heading out the door. In his farewell message, Sato wrote that he believes the studio has the power to not only continue the series but to “carry on that momentum even further beyond.” He, Yokoyama, and Nagoshi all conclude their messages by asking that fans continue to support the studio as it moves into a new era.

More like this
Steven Wright
9 hours ago
Old souls
These are the 10 most-played games this year (and Elden Ring isn’t one)
Steven Wright
5.23.2022 8:30 PM
Business Battlefield
EA's looking for a buyer, and NBC almost went for it
Steven Wright
5.19.2022 8:30 PM
Gaming
Destiny 2 studio decries racism in gaming after Buffalo attack