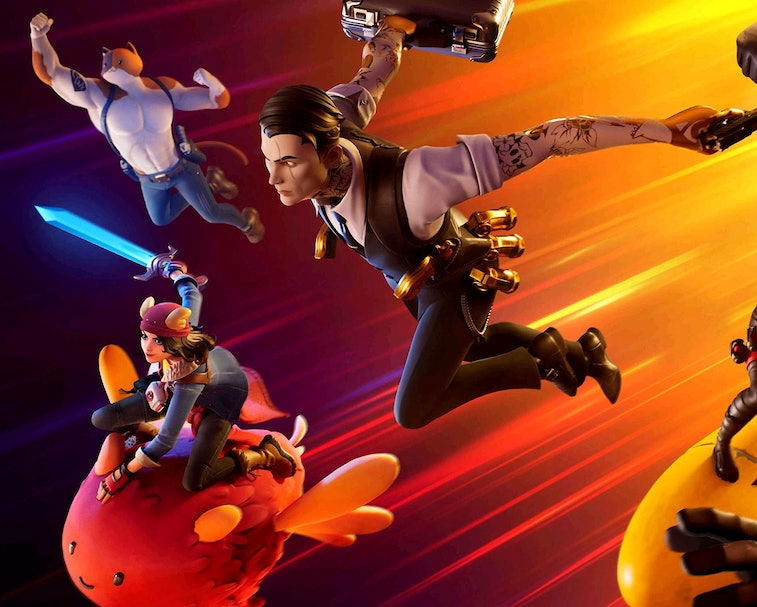 Bad news, Apple users — updating your phone to the latest version of iOS could mean losing access to Fortnite. The official “Fortnite Status” Twitter account sent out a warning yesterday about the issue.

The issue isn’t new action taken by Apple against Epic Games — rather, it’s a continuation of the problems created when Apple axed Epic’s developer account in late August. Epic’s warning here is correct: you won’t be able to re-download Fortnite if it’s deleted during the iOS 14 installation process.

The war between Apple and Fortnite creator Epic Games is at something of a standstill. A judge’s rush decision confirmed that Apple can’t block Epic’s access to tools it uses to update the widely-used Unreal Engine, but any other legal decision on the matter is going to take much longer.

The good news: there’s a workaround. Most Fortnite iOS players will live to see another day of battle royale chaos.

Not even direct retaliation — The issue here is simple: you can’t re-download Fortnite to an iPhone once it’s been deleted. There’s really nothing you can do once the app has been removed from your phone; it’s gone for good. And because Apple doesn't allow side-loading of apps, you can't install it from sources other than the App Store.

Updating to a new version of iOS requires a fair amount of storage space, which is why Apple has recently added the option to “temporarily remove apps” while the installation is completed. Usually, those apps would simply be re-downloaded once iOS 14 has been installed — but Fortnite isn’t available for download on the App Store, so it’ll just disappear from your device for good.

Just free up some space — There’s a good chance you want to upgrade to iOS 14. Whether it’s to take advantage of the wild, custom homescreens, to play around with widgets, or to change your default browser to something other than Safari, there are plenty of great reasons to download the new operating system.

If you want to play Fortnite on iOS 14, you’ll just need to manually make room on your device for the iOS download, rather than letting your phone do so for you. Click cancel on the prompt to “temporarily” free up space and take matters into your own hands. If you clear enough storage space you’ll be able to keep both Fornite and enjoy the new iOS.

It’ll likely be quite a while until we see any conclusion to the battle between Apple and Epic Games. In the meantime, it’s up to players to protect their app — because once it’s gone there’s no going back.