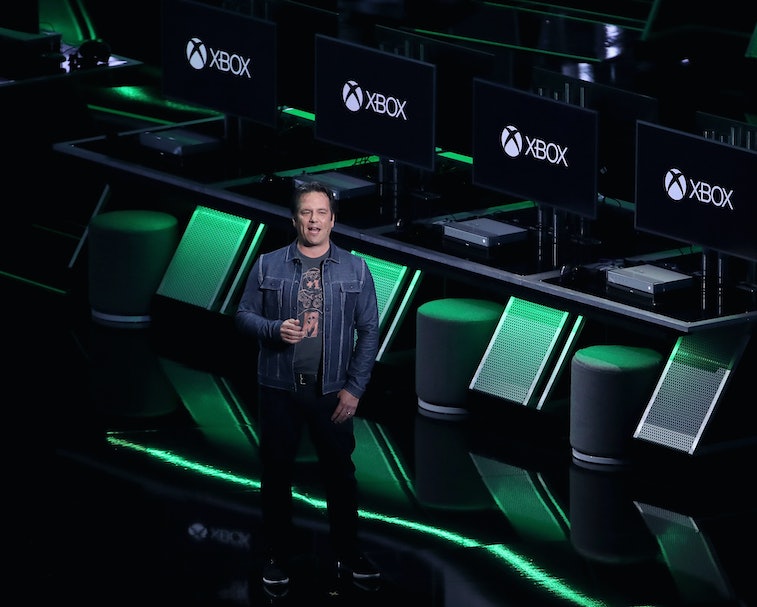 Microsoft — like most big tech companies — is willing to keep any and all options on the table when it comes to achieving market dominance. That could even include bringing the company’s Xbox games to other consoles like the Nintendo Switch.

In a recent interview with GameReactor, head of Xbox Phil Spencer said he wouldn’t count out bringing the company’s subscription Game Pass service to other consoles like Nintendo Switch or Sony’s PlayStation line.

“I love the Switch, I love PlayStation, honestly, I think they've done an amazing job as being a part of this industry,” he said in the interview. “I’m not sure that those are the next big set of users for us, but we could be open to those discussions.”

Yes, it’s something of a far-fetched idea, given the hurdles Microsoft would need to jump to make this a reality. But then again: it’s often today’s wild ideas that turn into profits in the future. Before it arrived some thought the Switch itself was an outlandish idea. Today it's breaking sales records.

Thinking it over — Spencer obviously can’t offer any guarantees, but even the barest entertainment of this possibility is a reversal of his earlier position on bringing Game Pass to other consoles. Multiple times this year he’s refused even to provide users with even a sliver of hope that Game Pass might expand outside the Xbox ecosystem.

Would Nintendo even allow it? — Even if Spencer and the Xbox team do eventually give in and attempt to bring the Game Pass to other consoles, they wouldn’t be able to do so without Nintendo’s consent. And given Nintendo’s propensity for exclusivity, that’s pretty unlikely.

Nintendo is notorious for closing itself off from the rest of the gaming world. Where many new releases are playable on both Sony and Microsoft’s consoles, Nintendo likes to keep itself fenced off. It’s more likely instead that Nintendo would create its own Game Pass clone to compete with Microsoft’s.

That 4K Switch could help — Perhaps the most difficult hurdle of all will come in the form of hardware limitations. The Switch, bless its heart, just doesn’t have the next-gen graphics and processing capabilities of the PlayStation 5 or the Xbox Series X. But we have heard rumors that Nintendo is considering a hardware upgrade in the form of a more powerful, 4K-capable Switch — which would certainly make it easier to play Game Pass titles on Nintendo’s hardware.

If Microsoft does ever attempt to bring the Game Pass to Nintendo consoles, it won’t be for a long time yet. The company is still struggling right now to bring Game Pass and the xCloud streaming system to iOS platforms. But if Microsoft ever manages to pull this off, it would be a win for both consumers and for the company. We look forward to playing the new Fallout game on the 4K Switch in, like, 2025, or something.