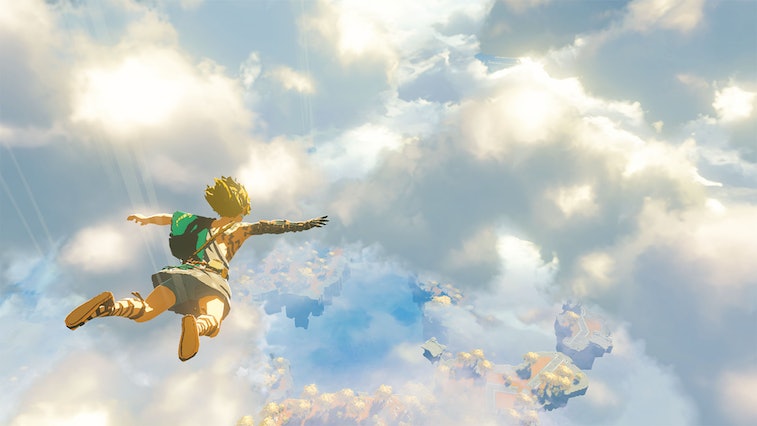 Being a devoted fan of a AAA video game franchise these days comes with a little trepidation, whether consciously or subconsciously. In the last year and a half we’ve witnessed botched releases for Cyberpunk 2077, GTA: The Trilogy, and Battlefield: 2042, to name a few. Now, IGN’s co-founder, Peer Schneider, announced on episode 591 of the publication’s Nintendo Voice Chat (NVC) podcast that Zelda: Breath of the Wild 2 is shaping up to its current 2022 release. We can’t help but be a little wary.

Granted, this release confirmation is coming from a credible source. But Nintendo clearly isn’t rushing to get a new entry out from one of its flagship franchises. The company announced the sequel to BOTW, which basically everybody deemed game of the year (including the official Game Awards), back at E3 2019. Since then, the updates have been sparse.

Speaking to “some people in the industry,” during The Game Awards 2021, Schneider confirmed that the game isn’t deviating from its expected release. He even casually mentioned on NVC that BOTW 2 is coming in November 2022 when discussing open-world games on the Switch in general.

The timeline checks out — Exactly how much stock should one take from this back-channeling coming to light? Well, as T3 points out, Zelda series producer, Eiji Aonuma did confirm at E3 2021 that the studio would be “aiming for a 2022 release.” The holiday season does make sense as a launch period for the biggest games as well. Just ask 343 Industries how its December release for Halo: Infinite is going (though even that was delayed a year).

Here’s the full Schenider quote for a bit of context:

"I was able to hang out with some people in the industry afterwards and it does sound like Nintendo is going to have a pretty good year next year. So I would not take the absence of big stuff as like a sign that maybe Breath of the Wild is delayed, or that they don't have other stuff because it sounds like people at Nintendo are very excited about 2022."

Still, even with all of this information, I wouldn’t be surprised to see BOTW: 2 get pushed back as we inch closer and closer to next winter. A franchise like Zelda is going to take its time to get everything right.