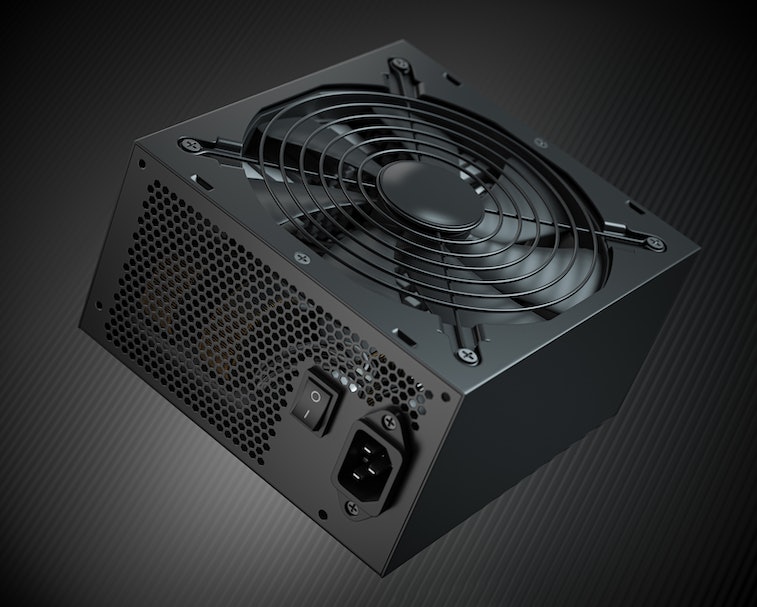 Are you planning on building a gaming PC now that GPU prices are finally coming down? Chances are that you’ve spent a lot of time researching which GPU, processor, RAM, and motherboard you want, but what about the power supply?

For many, the power supply simply needs to work and fit their budget, but as you’ll see in a moment, not all PSUs (power supply units) are created equal.

The headline spec for a power supply is, of course, the wattage, and this is a measure of how much power the PSU can provide. Some high-performance PC components, like GPUs, have power requirements that have only increased over the years. Nvidia’s GTX 4000 series GPUs are broadly rumored to require even more power than the 3000 series, which itself needed quite a lot of power.

How much power? Well, Nvidia’s GTX 3090 Ti can pull more than 400 watts of power, which is about as much as a small window air conditioner.

However, pushing a PSU to its maximum capacity is not a good idea, as it may struggle to supply every component with stable voltages. This will, in turn, introduce glitches all over your system, which can be hard to troubleshoot. The point is, if you intend to push your gaming PC hard, you’ll want to buy a PSU with about 20 percent more capacity than your system demands on paper.

Have you ever wondered why some PSUs are rated as “Bronze” or “Gold” or “Platinum”? Those ratings indicate a PSU’s overall efficiency, which is really just a fancy way of saying how much waste heat a PSU creates.

What a PC power supply does is convert AC power from your wall outlet into DC power that the components inside your PC can use. So let’s say that you have a 1,000 watt PSU, and you’re running it at 100 percent load, just for simplicity’s sake. A Titanium-rated PSU will be able to turn that 1,000 watts of AC power into 900 watts of DC power and 100 watts of heat.

And just to push this example a little bit further, if you have a 1,000 watt Bronze-tier PSU, it would only be able to convert 80 percent of the AC power coming in, with 200 watts of waste heat being generated in the process. When you put it like that, I think it really illustrates the material differences between PSU ratings. Wasting 20 percent of your power as heat is no joke.

As you might imagine, PSUs with higher efficiency ratings cost more money. That said, I’ve used plenty of bronze-rated power supplies in my day, and honestly, most of them have been great. I think for many people it makes sense to save the money upfront and just eat the power costs, but with rising energy prices around the world, I’m not sure that calculus makes sense anymore, especially if you’re doing power-intensive gaming, 3D modeling, or programming.

For most systems with one GPU (even a top-tier one), a 1,000 watt power supply will usually be sufficient. But systems with more than one GPU will need something in the 1,200 to 1,600 watt range. If you live in North America with 110 volt AC power, however, you should keep in mind that a 15-amp circuit breaker can only provide 1,650 watts max.

The PSUs outlined below are organized by power efficiency rating. Each category will include high, medium, and low wattage PSUs, and each has been selected based on its specs, online ratings, and other intangibles like warranty.

Titanium-rate PSUs are the best of the best. They offer more than 90 percent efficiency, but cost a lot more than their lower-rated equivalents. These will appeal to true performance tuners and people who love to flex.

One of EVGA’s most premium power supplies. Fully modular and offers plenty of electrical protections.

This Seasonic PSU has a hybrid fan mode that keeps fan noise as low as possible.

This ultra-premium, medium-wattage PSU is the ultimate flex.

Platinum-rated PSUs are a close second to Titanium-rated units in terms of efficiency, but fall a few percentage points behind at 100 percent load. These are good power supplies for gamers and people that need workstation-level performance, but are fine without the absolute top-tier efficiency.

This “flagship” PSU from Seasonic keeps voltages stable even under extreme load.

A solid, affordable power supply with good efficiency and a great maximum wattage for the price range.

This PSU is good for people with modest systems and is often on sale for much less than MSRP.

Gold-tier power supplies are what I would consider a sweet spot for people who care about efficiency but are also price sensitive. They’re almost 90 percent efficient if you squint your eyes, and you can get them for a lot less money.

This fully-modular PSU is powerful at 850 watts and comes in a brilliant white color.

This semi-modular PSU from be quiet! is voltage regulated, affordable, and of course, very quiet.

I’m bundling Silver and Bronze-tier power supplies together because they only differ in efficiency by two percent, and if you’re buying a PSU in either of these categories, you’re likely trying to find something that’s reliable and affordable. The tricky thing about Bronze- and Silver-tier PSUs is that some are total junk, while others are solid as a rock. The ones we’ve selected below have tons of user reviews and are a great compromise between price and performance.

Do you need maximum power at an affordable price? Rosewill has you covered with this semi-modular PSU.

Even though this is a budget PSU, it’s far better than many of the no-name brands at similar prices.