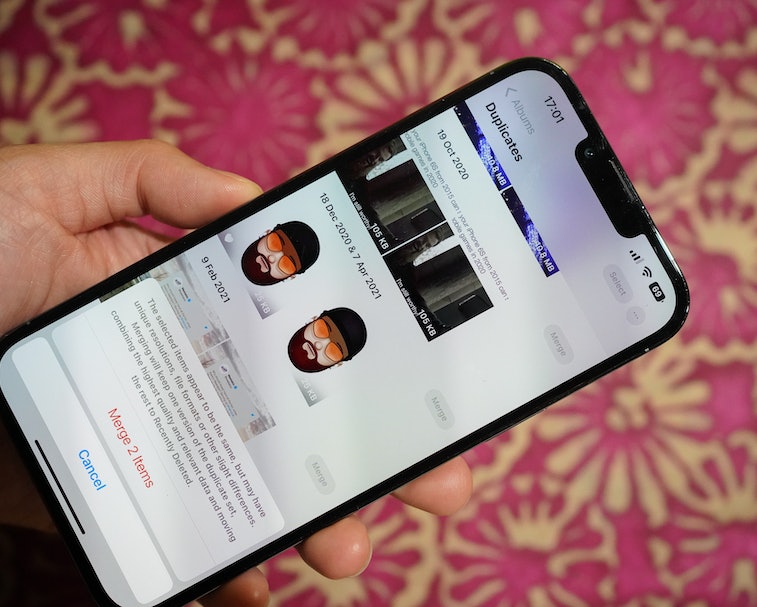 If your iPhone's Photos app is full of duplicate images and videos, iOS 16 has a new feature that will help you find the multiples so you can delete them and reclaim storage back on your device.

It’s been a long time coming, but your iPhone can finally find those duplicates and offer to merge them on its own, without the need to download — and likely pay for — a potentially sketchy app to do the same job.

Finding and deleting duplicate photos and videos in iOS 16 takes only a few taps; previously, you had to manually find them yourself.

Obviously, you'll need iOS 16 installed on your iPhone. At the time of writing, it's still in beta form but it will be available this fall, so hang tight if the beta life isn’t for you.

Deleting photos doesn’t sound like fun, but you might be surprised to find out that you have more duplicates than you realized — especially screenshots. No more excuses! Let’s start purging.

Only need to see duplicate photos or videos? You can apply a filter by tapping the three dots in the top-right corner, then tapping “Filter.”

Your iPhone combines information from all duplicates including things like captions, keywords, and other metadata. The highest quality version is the one that's kept, so don’t worry about being left with something that looks like it was taken on a potato. All other versions are moved to the Recently Deleted album, ready to be recovered if you have a change of heart.

Not all duplicates are created equal

Apple says that “duplicates are classified both as exact copies that may have different metadata, as well as photos that appear to be the same, but may have unique resolutions, file formats, or other slight differences.” That means that even if Photos thinks duplicates are the same, don’t assume that it’s always right. Make sure you eyeball and check the meta data for each one before you merge anything and remember that deleted photos can always be recovered if you want them back later.