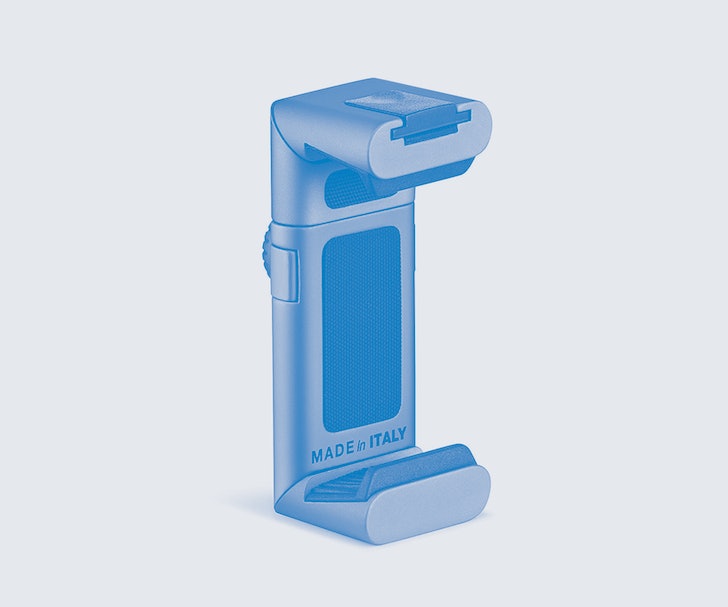 I shoot an insane amount of photos and 4K videos with my iPhone 11 Pro; I'm that guy who has 512GB of storage and still doesn't have enough room for all my footage. Yeah, I know I’m not normal.

Most people equate smartphone photography and videography to amateur or non-professional content creation. That may have been the case 10 years ago, but it's absolutely not true with many phones these days that come with two, three, or more rear cameras. New phones can take absolutely stunning photos — usually without requiring the same manual-camera-settings-know-how that you would with a DSLR or mirrorless camera.

My preferred smartphone camera for both photo and video is the iPhone 11 Pro. But even as good as its optical stabilization, a tripod is a must to take your footage to the next level. That's where Manfrotto's TwistGrip Universal Clamp comes in.

A universal tripod clip for smartphones, but high quality. Has a handy cold shoe on top for your microphone.

Like a smooth ball head or microphone, you shouldn't scrimp on a smartphone clamp. You can find one at your dollar store for a few bucks, but those are usually made of plastic and their 1/4-inch thread mounts usually get stripped after a few uses and stop mounting securely to a tripod.

However, Manfrotto's TwistGrip Universal Clamp is made in Italy and constructed almost entirely of metal and its 1/4-inch thread mount doesn't ever loosen with time. Its clamp extends enough to fit phones of virtually all sizes and there's also a cold shoe for attaching an LED light or microphone, which is useful for a lightweight vlogging setup. The TwistGrip clamp pairs perfectly with a Joby GorillaPod to transform your smartphone into a versatile shooting rig.

If you're planning to looking to shoot long exposures or astrophotography or any decent video, get yourself a TwistGrip and a tripod — you won't regret it. Just look at what you can create with a Pixel 4: