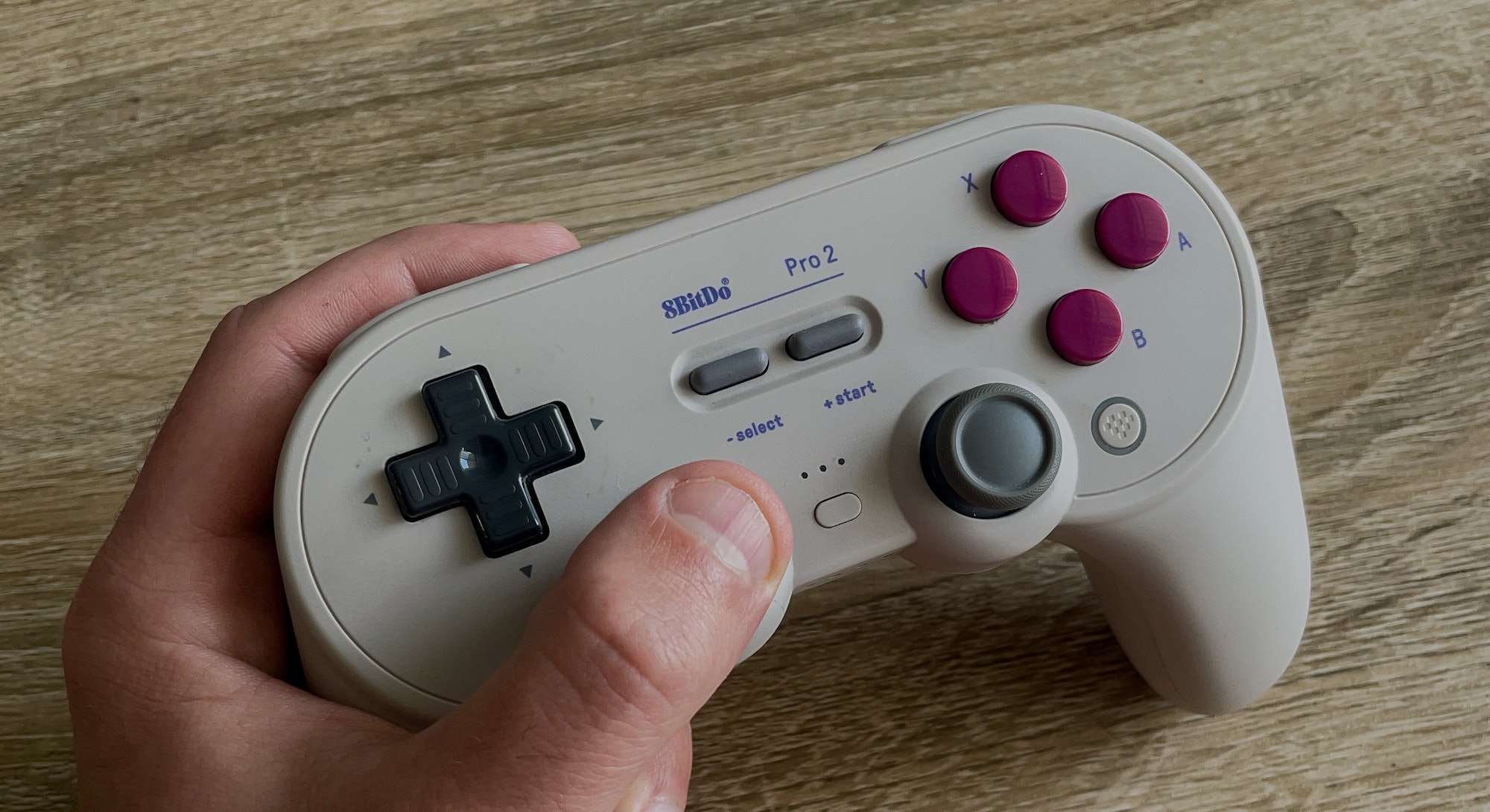 These days, there's only one controller that's always hooked up to my PC. It's not an Xbox pad, or a PlayStation controller either. No, it's the 8BitDo Pro 2, a premium third-party controller that works on my PC, phone, and Nintendo Switch.

Sure, you might look at your Xbox 360 pad and wonder why you need another Bluetooth-enabled controller in your life, even for only $50. But while modern controllers are great for modern games, the 8BitDo Pro 2 is a much better option for retro gaming across different platforms. In fact, it might be better than the OGs that inspired it.

The most advanced controller to date from 8Bitdo, which specializes in retro themed game controllers

I'll level with you: I'm a big retro gamer. Over the past six months, I've spent more time playing Contra: Hard Corps and several classic Castlevanias via emulation than any game released this year, with the exception of Elden Ring. And while contemporary fare like the PlayStation 5’s DualSense and the Xbox Series X controller work really well for today's games, they're definitely not the best option for yesterday's classics.

It's hard to overstate the importance of a good D-pad for retro gaming. From the NES to even early PlayStation, the controls for older games are built for the flat, single-input surface of a digital pad, not the subtle dead zones of an analog stick. Yes, every Xbox and PlayStation controller technically includes a D-pad, but they're usually more for selecting guns or dialogue options than actually steering a character around.

If you've ever actually tried to fumble your way through a demanding 2D action game like Ghosts 'n' Goblins on an Xbox 360 controller's D-pad, you know that it's definitely not suitable for high-level play. (Good luck using any analog stick for that one, by the way.) The DualSense's D-pad is significantly better than those on previous PlayStation controllers, but it's still not quite up to the level you want for a stiff old-school challenge. Also, Sony has stubbornly stuck to the segmented style of D-pad rather than the classic cross, which I vastly prefer myself. (Some might disagree, of course.)

But while there are quite a few third-party options out there that improve on the disappointing D-pads offered by modern controllers, they usually model themselves after the true old-school designs of the SNES or Genesis pad. In fact, if you're in the market for a replica SNES pad, 8BitDo's SN30 is a great option, with a Pro model for those who want analog sticks. Sticking to the tried and true is nice for purists (or collectors), but it ultimately limits the versatility of the controller to actual retro gaming alone.

There are a lot of retro-style indie games on the market today, from Shovel Knight to The Messenger, and most of them are pretty damn challenging. Before I bought my 8BitDo Pro 2, I used to play these games with a cheap USB SNES controller, which was the only PC controller I had with a decent D-pad. Over time, the pad's small size and lack of support handles started to give me persistent wrist strain, and I ended up switching to my old Xbox 360 controller to finish the original Shovel Knight back in the day.

This is exactly why I say that the 8BitDo Pro 2 is the best all-purpose retro controller out there. While you might prefer a specialized controller for your favorite console of choice, I've played everything from Atari 2600 games to Crash Bandicoot on it, and I've been happy with the results. It also works well with my retro box and my Switch (though not my PS4 or Xbox), which is useful for long couch sessions of Stardew Valley.

That's not to say that the 8BitDo Pro 2 is just a retro gaming pad. It comes with all the bells and whistles you expect from a premium controller, including rumble support, good battery life (8BitDo advertises up to 20 hours), and wireless support. It charges through a wired USB-C cord (comes included), and its Bluetooth connection has a range of about 16 feet. I was able to get the controller's rumble working on N64 and PS1 RetroArch games without too much trouble, but your mileage may vary. Again, as it is a Bluetooth device, it works with your phone, tablet, or Nintendo Switch, not just your PC.

If you really want to make the most of the 8BitDo Pro 2, you should download its software applet. This allows you to not only manually remap the controller's buttons, but to also create profiles so you can swap your controls on the fly. It's handy for those couch-bound pass-the-controller sessions.

I often use my 8BitDo Pro 2 for not-so-retro gaming, as I like the feel of its shoulder buttons more than my Xbox 360 controller, which came in handy during my several Elden Ring playthroughs. Compared to an Xbox pad, the 8BitDo Pro 2 has a much wider profile, which might present a problem to those with smaller hands. I myself have rather average-sized hands, and I prefer its ergonomics over that of my other controllers for long gaming sessions. It's comparable in weight to a DualSense or Xbox One controller, but it just feels better to me. The 8BitDo Pro 2 also has the advantage of two paddle buttons, which are quite useful for retro games such as Contra 3 that require you to hold down multiple face buttons at the same time.

Did I mention that this controller is only $50? That might seem like a lot for a third-party controller, but I think it's legitimately on the level of a first-party controller like the DualSense, which starts at $70. The 8BitDo Pro 2 also comes in three different colors — I prefer the G Classic.

Look, let's be honest: video game controllers are really good these days. We've come a long way from the confusing button layouts, single-function triggers, and non-existent analog sticks of the pre-64-bit era. While you might think it's fine to play retro games with modern controllers, once you pilot Mario through the Mushroom Kingdom with a decent D-pad, you'll realize what you're missing. Plus, you need a second PC controller for when you have a friend over anyway. If you enjoy emulation, I think the 8BitDo Pro 2 is the best controller you can buy, and you can put that on the box.