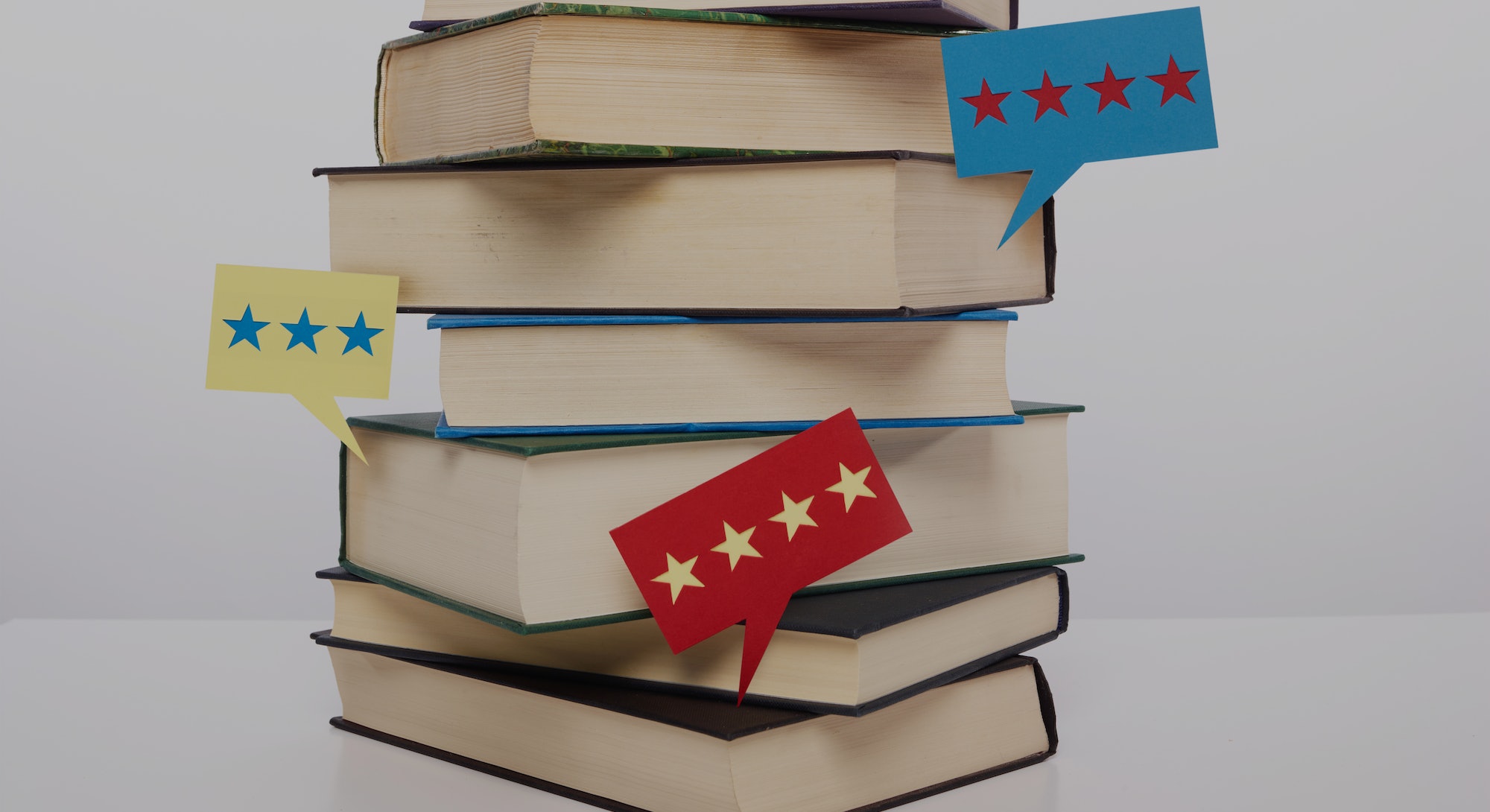 Since its launch in late 2006, Goodreads has grown to be a powerful and influential reading community.

The site had 16 million members by 2013, at which point it was purchased by Amazon for an undisclosed sum. Unfortunately, in the seven years since, Goodreads has become stagnant, more useful as a promotional platform than a forum on which to gather and discuss books.

Today, you can browse books by genre; log your reading habits down to the page number; join reading groups; scroll through a feed of your friends’ reading updates; and curate a list of books you’d like to read someday. In other words, you can do exactly the same things you’ve been able to do on Goodreads since the late aughts. And the web design has changed very little: It’s just as basic and beige as ever.

Still, users flock to the site in the tens of millions; as of mid-2019, Goodreads had more than 90 million registered users. The publishing industry has latched onto this massive userbase and its willingness to share its opinions as a free test group — giving the platform’s reviews an astounding level of credence. The problem: Very few alternatives exist, and even fewer of those alternatives offer additional features that might entice longtime Goodreads users to jump ship.

Software engineer Nadia Odunayo started The StoryGraph as a side project back in 2019. “It was originally an app to track and share reading lists,” Odunayo tells Input. “It wasn’t meant to be an all-encompassing book tracking and recommendations website.” She soon realized the app wasn’t compelling enough on its own, though, and began working with friends and book bloggers to add a much-wanted feature: high-quality, individualized book recommendations.

The StoryGraph’s core functionality will feel familiar to Goodreads users: add books to your to-read list, mark the ones you’re in the middle of as “currently reading,” and review the books you’ve completed (or given up on). There’s a community subsection of the site, which, like on Goodreads, functions as a scrollable feed.

Goodreads is confusing, at times to the point of being almost unusable.

That’s where the similarities end — and it’s a big part of why The StoryGraph succeeds. One of the biggest problems facing Goodreads is that, because of its many sections and clunky web design, it’s confusing, at times to the point of being almost unusable. Goodreads is, and has always been, best for keeping track of book lists. The StoryGraph keeps it simple, sticking to just list-making and recommendations.

One of my main frustrations with Goodreads has always been its tendency toward streamlined categorization. It’s the classic library setup: Some books belong in historical fiction, for example, while others belong in the literary fiction section, and others are fantasy or classics. Categorizing books has never been quite this simple, though — one book can fall into about a million different categories, depending on whom you ask.

Simplified categorization is necessary when you’re shelving books in a library; in a digital space, though, there’s so much more room for nuance. This is where The StoryGraph’s most intriguing innovation comes in. When a user is reviewing a book, The StoryGraph asks the following about the title: its mood, its pace, whether it’s plot- or character-driven, its level of character development, how lovable and diverse those characters are, and whether or not the flaws of characters are a main focus. Responses to these questions are averaged and tabulated on each book’s landing page — giving a much more comprehensive view of what it’s actually like to read that title, rather than just presenting a basic summary you could’ve read anywhere on the internet.

Even the platform’s rating system is more subtle. Goodreads uses a traditional five-star rating system, but — despite users clamoring for this feature for years — you can only rate in whole stars. The number of books I’ve given four-star ratings is ridiculous, but they don’t deserve three stars or five stars, and there’s nothing in between. The StoryGraph lets you set your own star ratings, so I can finally differentiate between a true four-star book and one that deserves a 3.7.

Finding books to read on The StoryGraph is much more fulfilling, too. Instead of just browsing the sci-fi/fantasy section, I can tell The StoryGraph that I want to find a book that’s both dark and relaxing. Or maybe, because of the general state of the world, I need something fast-paced to hold my attention — but I want it to be more than 500 pages, too, so I can feel a sense of accomplishment when I finish it. The StoryGraph learns your reading preferences based on these overlapping categories, so I’ve found books I’m genuinely interested in through home page recommendations.

Usability issues aside (not that we should put them aside completely), Goodreads’ relationship with the publishing industry as a whole has become incredibly problematic. The site’s stature — and the Amazon connection — have given an undue amount of weight to Goodreads data. Publishers scrutinize Goodreads reviews, weighing them alongside more conventional metrics like sales numbers and New York Times write-ups.

But anyone can leave a Goodreads review. Reading the book isn’t required; there are even services you can pay to leave good reviews on your own book. It’s a self-serving ecosystem with almost no roots in reality. As you might imagine, this system has a high probability of being gamed. And once you know how that data is being used, the reviewing process feels wrong. Who wants to leave a two-star review when doing so might affect an author’s next book advance?

“The thing that probably turned me off the most is that years before my second novel was finished, people were leaving one-star reviews for it,” an anonymous author told OneZero in 2019. “If Goodreads could prevent people from leaving these kind of damaging reviews without having read the book, yes, I would take it more seriously.”

On The StoryGraph, reviews aren’t given the same weight as they are on Goodreads.

And with tens of millions of readers looking to Goodreads for their next good read, the site’s algorithms have a huge amount of power in steering readers’ purchases. “With bookstores closing, internet sites have become critical places for telling readers about books they might be interested in,” The New York Times wrote upon Amazon’s purchase of the platform. “This deal further consolidates Amazon’s power to determine which authors get exposure for their work.”

The StoryGraph did not set out to explicitly fix these problems, Odunayo tells me, nor did she intend for it to be a direct Goodreads competitor. But Odunayo did spend a fair amount of time speaking to avid readers, and in that process she learned about the many ways in which the Goodreads community felt let down by the site. Those pain points — especially related to the site’s flat recommendations system and corporate bedrock — ended up providing a basis on which to build The StoryGraph. Reviews aren’t given the same weight as they are on Goodreads, for example: They don’t show up in searches at all and are given the least priority on a book’s individual page.

The StoryGraph is, in its infancy, already much more interesting than Goodreads has been in years. I find myself genuinely looking forward to logging my next review, and I’ve found more than one great book I’d never heard of through its recommendation system. (I just finished savoring C. Pam Zhang’s How Much of These Hills Is Gold after The StoryGraph recommended it to me on the basis of it being adventurous, emotional, and reflective — all of which turned out to be true.)

In the future, The StoryGraph plans to enhance its recommendations algorithms and expand its features, all without losing the essence of why it exists, Odunayo says. The company is enjoying its initial successes — which, she says, have been almost entirely made possible by word of mouth. “It’s already great, but we have ideas for how we can take it to the next level,” Onundayo says.

Whether or not she set out to do so, Odunayo may have finally created a platform to rival Goodreads’ dominance — or, at the very least, a product that better understands the intersectional nuances of book recommendations.