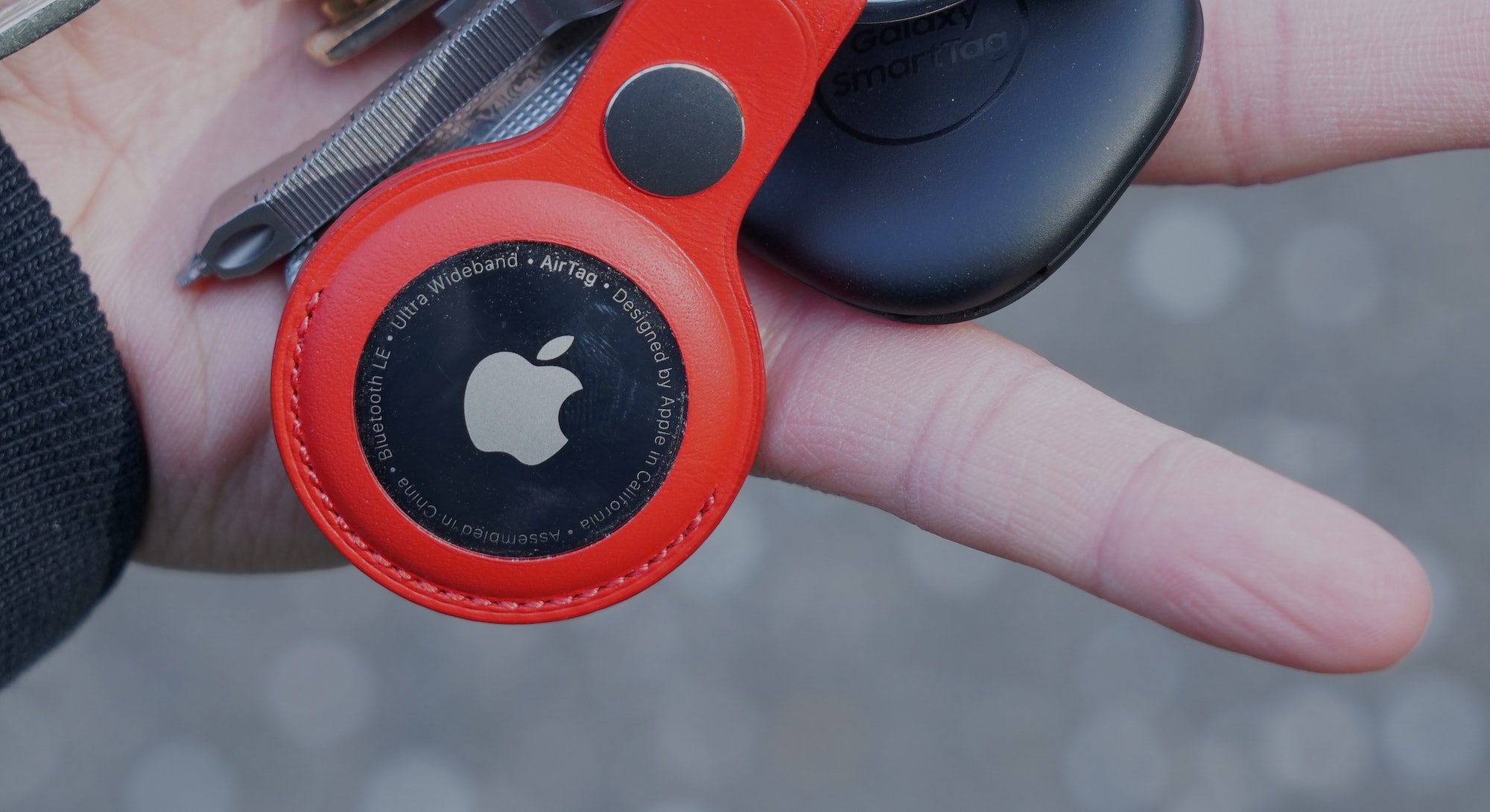 Many years ago, I bought a Tile to keep track of my keys that I kept misplacing at home and at the office. (I unbox a lot of things okay?) I’ll never forget wasting almost two hours after work tearing up my old office only to find my keys near the freight elevators where I had tossed out some boxes.

Tile later added replaceable batteries to new versions of its item tracker. Not that it mattered because Tiles are useless for pinpointing the exact location (not just a pin on a map) of a lost item it’s attached to. The same goes for the Chipolo One, Galaxy SmartTag, or any of a dozen rinky-dink item trackers you can find on Amazon.

Apple’s $29 AirTag is straight out of the company’s playbook: Take an existing product and make it so much better that everything else looks like amateur hour. The only reason to buy a Tile over an AirTag is if you use Android since Apple’s item tracker only works with iOS devices. Even if you choose Tile, you’re getting a vastly inferior item tracker.

Take an existing product and make it so much better that everything else looks like amateur hour.

Rarely is there a new Apple product that I review that gives me no hesitation to spend my own money on it within minutes of setting it up. Between its low price (there’s also a four-pack for $99) and pinpoint accurate tracking executed using Ultra Wideband (UWB) and combination of audio, visual, and haptics on an iPhone, buying a four-pack is a no-brainer come preorder time on Friday, April 23.

AirTags are hands down the most accurate item trackers money can buy right now.

Each AirTag measures 1.26 x 1.26 inches (31.9mm) x 0.31 inch tall (8mm), which is about the size of a typical coat button. I pulled out my mug of coat buttons that I have been too lazy to sew back on and sure enough one of them from a pea coat had a diameter of 1.25 inches. These dimensions are small compared to a Tile Mate (35 x 35mm), Tile Pro (42 x 42mm), or Galaxy SmartTag (39.11 x 39.11 mm). If you’ve been reading Input since the beginning, you know I’m easily won over by super small, super powerful tech, especially when it comes to accessories, which are more impressive when they’re as compact as possible. I only have one quip with the size: It doesn’t fit in my slim card wallet or small bifold or trifold wallets. George Costanza will have no problem, though.

I’m honestly not sure there’s even a front or backside to the AirTag. One side is made of white plastic and looks like a pin; it can be engraved with almost any emoji or with text you want. The other side is polished stainless steel and is what gives the AirTag disc its dense, premium feel. The plastic on all other item trackers now looks and feels cheap. The shiny steel does get scratched up quite easily smacking against your keys (in case that’s gonna bother you).

A simple counterclockwise twist with both your thumbs pops the steel cover off and reveals a common CR2032 coin-cell battery that occupies most of the tracker’s internal space. These batteries cost only a few dollars (Amazon Basics has a four-pack for $5.49) and you can find them in pharmacies or wherever you can buy batteries since they’re the same ones used in most watches (not the Apple Watch, of course). This user-replaceable battery surprised me since Apple prefers to seal its products up even when it means users have to dispose of them (AirPods) or can’t easily repair them (iOS devices and Macs). Apple says the battery should last over a year. I can’t verify this since I’ve only had AirTags for a day so we’ll have to take Apple’s word on this; I guess I’ll update this in a year when the battery dies or doesn’t die.

Aside from IP67 water and dust resistance and a built-in speaker, that’s all there is to the hardware. The only downside to AirTags is that there’s no loop for attaching it to keys or zippers; other item trackers do which is why they’re bulkier. Apple is all-too-happy to sell you colorful Key Rings made of leather ($35) and Loop rings in polyurethane ($29) or leather ($39). There are even some pretty outrageously priced Hermès tags that start at $299 and balloon to $499, but you have to be stupid rich to even consider paying over 900 percent more for a keychain for a product that is literally designed to be lost. Personally, I’ll be good with the $13 Belkin keychain or the even cheaper knockoffs that’ll inevitably flood the market. For tracking a bag or purse or coat, you probably don’t even need a keychain — just throw it in a pocket.

Setting up an AirTag takes only a few taps. Hold it near an iPhone or iPad running iOS 14.5 (I had to use a purple iPhone 12 mini Apple included with my reviewer kit) and like AirPods, a pop-up appears and guides you through the pairing process. The whole thing takes no more than a minute or two and keeping tabs on your AirTags is all done within the Find My app.

Of course, the only thing that matters is the tracking experience — locating the AirTag (and your lost item) — and I have nothing bad to say about it because it’s so damn good. Trackers like Tile and the Galaxy SmartTag use Bluetooth, which can only tell you a general location for where they’re located. AirTags use Ultra Wideband (UWB) technology, a low-power wireless protocol that is used for more precise short-range communications.

Using UWB, you can use an iPhone 11 or 12 (the only iPhones so far with UWB) and the “Precision Finding” feature within the Find My app to locate the exact position of an AirTag within a room or space. Here’s how Apple describes Precision Finding: “As a user moves, Precision Finding fuses input from the camera, ARKit, accelerometer, and gyroscope, and then will guide them to AirTag using a combination of sound, haptics, and visual feedback.”

An onscreen arrow spins around until you’re pointed in the direction of the AirTag. Like Tile and other item trackers, you can make your AirTag play a beeping sound to help locate it. As you get closer and closer to your AirTag, Precision Finding not only shows the distance down to the exact distance in feet, but your iPhone’s Taptic Engine also vibrates faster and more intensely to confirm. This is the kind of visual, aural, and tactile user experience that just feels magical. The UX is so invisible yet effective that you might not even notice it because it’s exactly how you’d expect things to work. Others will no doubt copy Precision Finding, but I don’t think they’ll be able to nail the attention to detail — for example, the very small and subtle, gradual increase and decrease in vibration power and speed as you move closer or farther away from an AirTag — because only Apple pays attention to stuff like this. Precision Finding is *chef’s kiss* and really the AirTag’s secret weapon.

I tested Precision Finding in my apartment and my iPhone 12 mini was able to pinpoint it no matter where I hid it. I also tested the AirTag’s range outdoors in a park. With an AirTag attached to my backpack across a tennis court (78 feet long), my iPhone was able to guide me right to it. There’s nothing more satisfying than when something “just works” and I don’t even have to think very hard. It rained midway through playtime in the park so I wasn’t able to test out longer range; Apple says an iPhone can detect an AirTag “within Bluetooth range” which could mean as “short” as 100 feet or “long” as 400 feet or more. Tile has trackers that vary in range and stretch from 150 feet on the Tiler Sticker to 400 feet on the Tile Pro. I’ll have to try again another day or let someone else test the AirTag’s maximum range.

Unfortunately, UWB is not available in every region. If you live somewhere UWB is not supported, the AirTag only uses Bluetooth and it’s as dumb/smart as other item trackers, which is to say it’s still useful, but pointless if you know it’s in, say, your apartment, but not that it’s underneath your bed. You can always play a sound, but I can’t tell you how many times I played a beeping sound on my old Tile and it still took me forever to locate where it was coming from.

About that sound, the AirTag’s speaker is not nearly as loud as the speaker in the Galaxy SmartTag. I don’t own any Tiles anymore so I can’t tell you how the new ones compare. I guess you need a louder speaker when you don’t have UWB built-in since it’s the only way to find a Bluetooth item tracker.

One feature AirTags doesn’t have that Tile and the SmartTag do: a button to ring your phone in case you lose that. I’m okay without it since I’ve got an Alexa skill for my Echo that can call my misplaced phone. If you own an Apple Watch, you can also ping your iPhone with it. But for others, the omission may be a turnoff.

If you lose stuff like your keys, umbrellas, bags, or anything often and you use an iPhone, the AirTag is the perfect solution. AirTags are inexpensive and Precision Finding obliterates other item trackers. Samsung just started selling a SmartTag+ with UWB, but it only works with Galaxy phones so get that if that’s you; they also cost more at $40. Tile is reportedly working on a new item tracker with UWB, but it has yet to announce it.

AirTags are available starting on April 30 and integrate directly with the Find My app and Apple’s core technologies inside of iPhones and iPads. Why wait for what might end up being a crappier product from Tile when Apple’s got a very awesome one that’s designed specifically for its users and works on the backbone of a peer-to-peer Bluetooth network from almost a billion iOS devices? (You want this; the larger the network of Bluetooth devices sending pings out there, the more accurate triangulating your AirTags will be.)

Apple strolls in and smashes the product design and execution into deep space.

Privacy is another reason to get an AirTag instead of another a Tile. As a tentpole to Apple’s products, AirTags were designed with privacy in mind. There’s no location tracking whatsoever. Even when you put an AirTag in “lost mode” and another user with an NFC-enabled device taps it to pull up a phone number that they can call to reunite you with your lost item, the finder never gets any other personal information. Not to mention, the nearly billion iOS Bluetooth network is anonymous, encrypted end-to-end, and the Bluetooth signal identifier keys are rotated frequently. You can even see in the Find My app if there’s an unrecognized AirTag near you (cause stalkers and bad people, unfortunately). Apple screws up on a lot of things, but there’s no other tech company I trust more with my privacy than the one that stood up to the FBI and U.S. government after the San Bernardino shooting and refused to build a backdoor into iOS.

If you don’t lose stuff or fear doing so, you really don’t need an AirTag. It’s really a peace of mind product and for that Apple strolls right in and smashes the product design and execution into deep space.