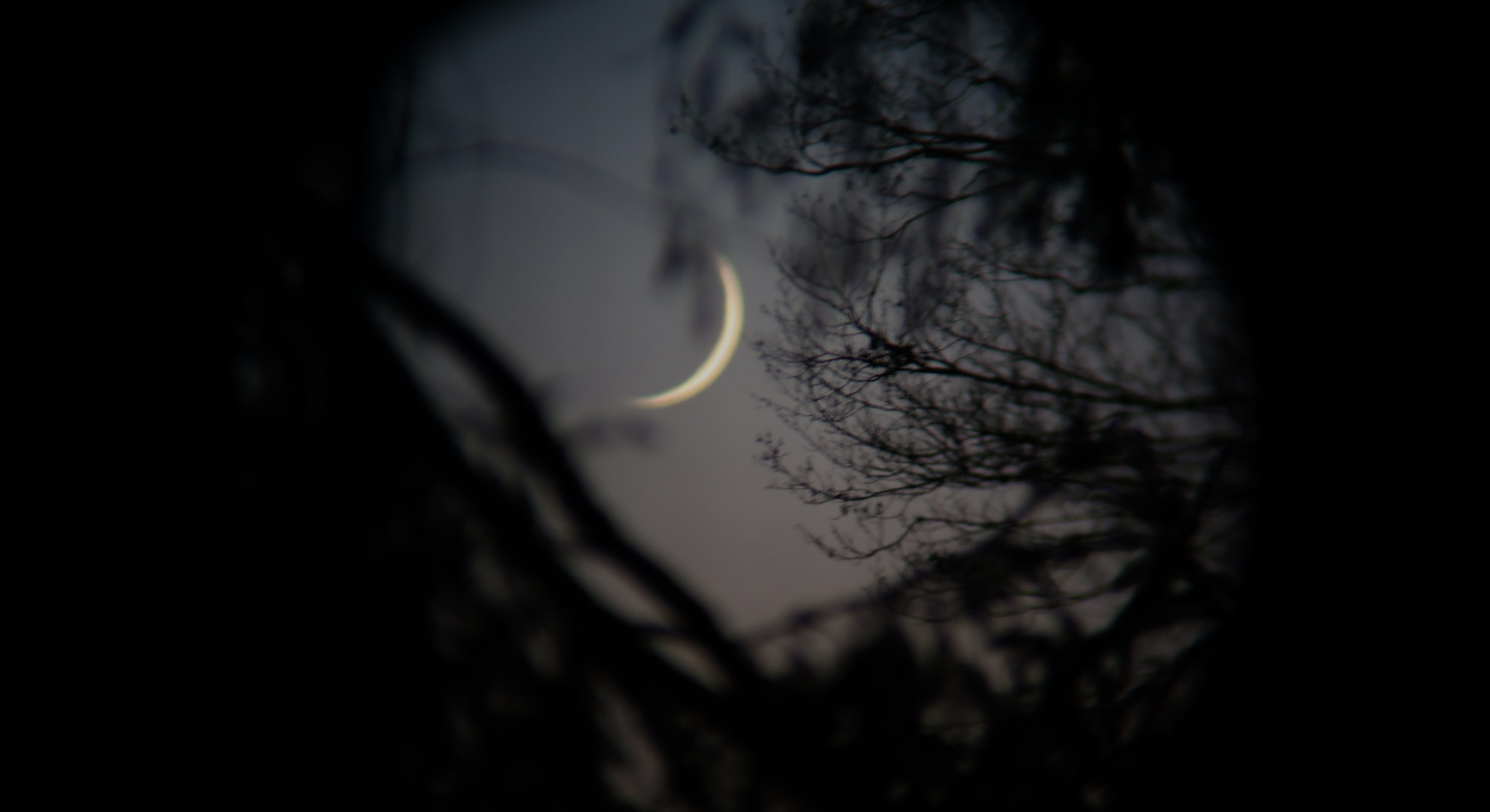 Have you ever glimpsed the surface features of the Moon?

Not just the faintly piebald facade that our imagination spins into familiar shapes like faces and cheese, but the varying depths of the shadows that give rise to them, the rough edges of an object that isn’t perfectly spherical? Have you, with your own eyes? Until very recently, I hadn’t. And the sight shook me to the core.

Like a lot of other people during these particularly bleak times, I’ve been struggling to balance the constant, terrifying reminders of our mortality with the demands of being a productive member of society (whatever that even means). If you were to peek inside my brain, I’m sure you’d be greeted by chaos. One thing has always helped though, without fail: spending time in nature.

On top of being in the woods as much as possible, I’ve found myself appreciating the night sky more than ever. And why not? You can get totally lost in it without actually going anywhere. After a lifetime of just relying on my naked eyes (which, really, are fine enough for basic skywatching), I decided it was time for an upgrade. Since I’d used standard binoculars to give myself a boost on occasion and didn’t quite feel ready for a cumbersome, more complicated telescope, I bought myself a beast of a pair of binoculars specially designed for looking at the stars: Celestron 20x80 SkyMaster Pro.

These binoculars boast 80-millimeter lenses and 20x magnification for truly incredible views of the night sky.

With binoculars like this, the numbers in the name speak to the magnification and lens diameter you’ll be working with. In this case, that’s 20x magnification and 80-millimeter (roughly 3-inch!!) lenses. Those are, scientifically speaking, some big-ass lenses. The whole package is almost comically large when you’ve got this thing in your hands — and it’s heavy to match.

We may as well get the negatives out of the way first. These aren’t design flaws we’re talking about but drawbacks that come naturally with a piece of equipment so large. Without a tripod or at least a surface to reliably prop your elbows on, image stability is going to be an issue. You’ll have just nailed your focus and zeroed in on the big, beautiful Moon and then… it’s just bouncing around everywhere. Suddenly there are a million Moons and, oops, there goes the focus. And now your arms are getting tired; holding five-pound binoculars to your eyes unassisted is exhausting.

That’s all solved with a tripod, though. The binoculars have a built-in adapter to work with standard tripods and optimize for stability. Per the description: “The built in tripod adapter of the SkyMaster Pro 20x80 not only allows the binocular to be attached to a tripod for added stability but it also acts as a balance rail by sliding along the center support rod.”

My first true look at the Moon with these things knocked me on my ass.

I found this to be pretty true. I also had some luck just using the objects around me — like a stump or an outdoor table or the roof of my car — as a base to rest my elbows on, in sort of a makeshift human tripod setup. Important tip: for a steadier image, hold the part of the binoculars that’s furthest away from your face, not on the thinner end where they meet your eyes. If you know all of this before going in, you’ll have a much better observing experience. It takes practice, though, and that’s okay.

Now, for performance. I’m not exaggerating when I say my first true look at the Moon with these things knocked me on my ass. I may or may not have cried a little.

The beauty of observing the Moon is that you can stare right at it. Since the light it gives off is actually reflected as opposed to emanating from it directly, it doesn’t carry the same risk the Sun does of harming your eyes. Go right ahead and look at it.

I first tried observing with Celestron during a full Moon. With the binoculars, I could see the actual texture of the Moon’s surface as if it were 50 feet away from me, not 240,000 miles. That’s a feeling I can’t even describe — and I made every single person that came to my house in the days to follow take a look, too. I followed the Moon through the course of its cycle, seeing the wiggly lines of shadow during its crescent phases. Many nights I just sat out there alone in complete darkness, jaw dropped and completely enveloped by the view. As a wise woman (Sandra Bullock in Practical Magic) once said, “There is no man... Only that Moon.” I totally get it now.

The magnification is pretty mind-blowing in daylight, too.

There are other things to see in the sky too, of course: planets in opposition, stars that just seem to twinkle harder than the others, the International Space Station. You won’t see such amazing detail as you do with the Moon in smaller or farther away objects like these, but it’s still 20 times better than you’d be seeing them with your naked eyes. Now that I’ve really got the hang of handling and obtaining a clear sight, there’s just so much to explore.

The magnification is pretty mind-blowing in daylight, too. While the design is optimized for low-light conditions, it’ll still work for scanning the treetops. This let me get a really, really good look at the pair of eagles that I’ve been casually stalking since they made their home on my property.

It’s been an amazing experience.

At about $250, Celestron 20x80 SkyMaster Pro binoculars are pretty pricey, but reasonably so for what they deliver.

Once you start getting deeper into the world of astro-observation and photography, the tools only get more and more expensive. Beefier binoculars and telescopes can climb into the upper hundreds and low thousands. For serious enthusiasts, it’s well worth it. And for us less seasoned observers, a chunky set of binoculars is not a bad place to start. Pair it with astrophysicist Sarah Barker’s 50 Things to See in the Sky and you’re on your way to a great time.

Just be prepared to get all up in your feels. Few things in life are as instantly humbling as staring dead into the night sky. Cliché? Maybe, but that doesn’t make it any less true. And it’s good to be reminded how small we are, sometimes; how vast everything else is in comparison. All it takes is one good look at the stars to get the gears turning.