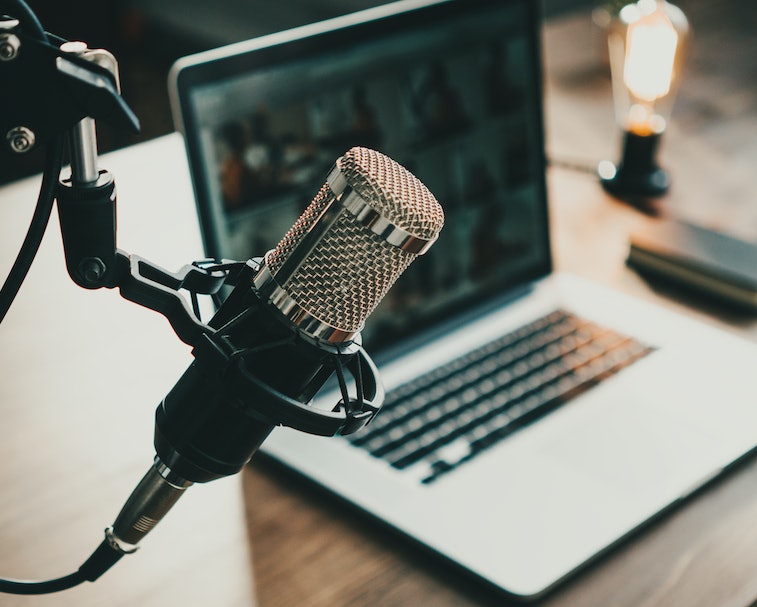 For good or for bad, I’ve made a few podcasts in my life.

It’s perhaps a cliché at this point, but existing online long enough, and getting on the podcast train as early as I did — in high school when my mind was easily moldable — it was bound to happen. In theory, starting a show could be as easy as finding some friends to talk to and recording a Zoom call, but if you want it to be listenable, you should probably edit it.

There is a variety of different apps that can do the trick, from free options like Audacity or Garageband to more professionalized options like Pro Tools. But for someone like me, who still feels a bit uncomfortable around nonlinear, multi-track editors that aren’t the specific version of Final Cut Pro 7 (RIP) I used in high school, they’re daunting. It’s also been a while since I’ve thought or was forced to work with something that isn’t words. Luckily, Descript has the perfect solution.

The basic premise of Descript is “what if you could edit audio or video the same way you edited text?” The great thing is, more often than not, that idea actually works. Drop an audio file or multiple into Descript, name the speakers, and you’re off to the races. The software spits out a transcript (and synced audio) with more or less the same accuracy as other online transcription services. It’s not perfect, but neither is Otter.

The real trick comes when you want to do more with the audio and text you captured than just copy and paste it into an article. Because Descript has synced the various audio files to the words in the transcript, editing the transcript edits the audio tracks. So if you cut out some words or a whole sentence, the clip associated with it is trimmed appropriately. The app actually visualizes this: most of Descript’s screen is taken up by text, but at the bottom, you can see the tracks of audio with all the cuts and transformations you’re making to them. If you want to work in a more traditional multitrack editing environment, you have that option too.

From there Descript layers on other smart features. You can automatically delete and remove filler words like “umms”, “ahhs”, and “likes”, probably most of the nitty-gritty editing I’d be doing to an audio track in the first place. What’s even cooler is Overdub, Descript’s AI-powered dubbing option. Teach Descript your voice by submitting an audio file, which gives the company permission to recreate your voice and record a training script. Then it’s just a matter of waiting 24 hours for your new AI clone to bake.

Once Overdub is ready, you can actually make entirely artificial additions to your project spoken by your AI voice just by typing them into the transcript. It would be weird to make a whole project with just your Descript doppelganger (with the limits Descript puts on Overdub for its non-Pro accounts, it would probably be hard anyway), but for small corrections or replacing a word or two, it’s pretty great.

Audio and video editing made easy thanks to Descript's ability to turn just about anything into an editable text document.

There are video editing capabilities, an option for screen recording, and even a White Glove service you can pay extra for to get a transcript actually edited by humans. But the basics are totally enough for me, even nowadays when I’m mostly just looking for a good way to make a transcript.

Descript has a certain je ne sais quoi I associate with all good creative software, just enough complication that I have to learn some new key commands to use it efficiently, and just enough features that I’m not even touching to inspire me to try something new. It’s absolutely worth testing out for free using the company’s Basic plan, but if you like what you see, there’s also $12/month and $24/month plans for even more transcript time and AI-powered features.

Descript makes some of the hardest parts of editing audio easy, so you can focus on the other hard part — actually finishing.