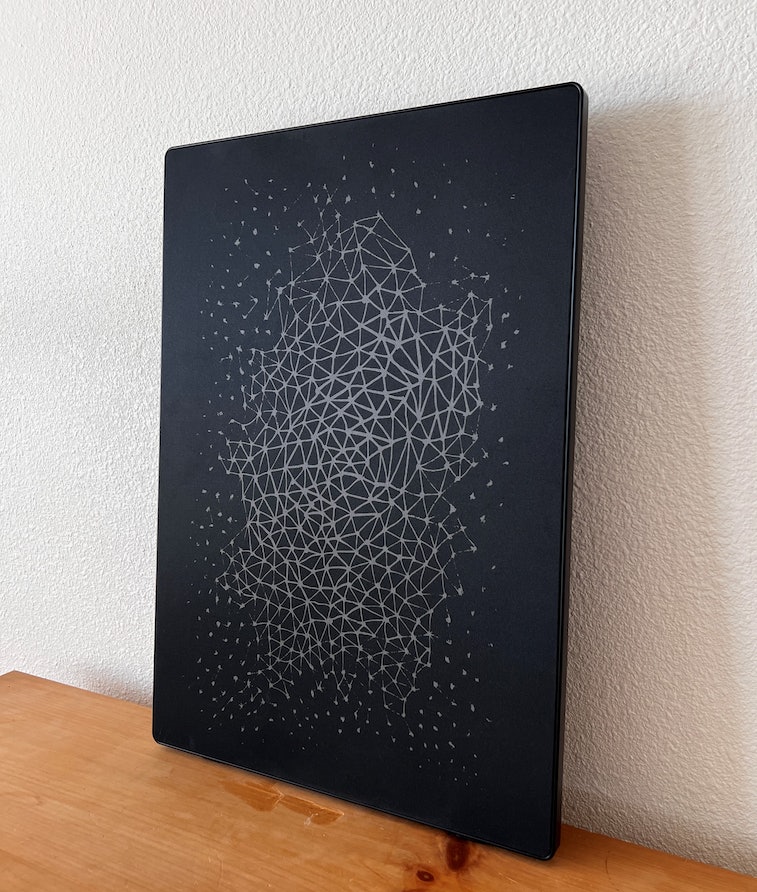 The launch of Ikea’s Symfonisk line in 2019 was built around a simple premise: combine Ikea’s talent for building affordable and stylish home decor with Sonos’ flexible home audio system to make hybrid devices that look more like furniture than traditional speakers.

Designing tech to resemble home decor is easy, but packing quality sound into them? Easier said than done. It seems like anyone can make a decent Bluetooth speaker, Ikea included, but building a stable multi-room audio platform that uses Wi-Fi for the highest quality sound takes time and commitment; it took Apple until 2018 to build its own system in AirPlay 2.

The Symfonisk Picture Frame speaker is the first addition to the Symfonisk collection in nearly two years, and while it represents a leap in Ikea’s ability to make speakers less visible at home, its $199 price betrays the mission of making Sonos’ quality audio affordable to more people. But if dropping that much on a speaker doesn’t make you take a pause, the Picture Frame is by far Ikea’s best speaker yet, both in terms of sound quality and utility.

Despite Ikea calling it a picture frame, this is unmistakably a speaker to anyone who looks at it. It doesn’t hide in your home at all, but it looks at home on a wall. The fabric cover with its “evoking the idea of a sound field” artwork and the power cable are dead giveaways to anyone who’s seen my Picture Frames hanging in my home. Ikea sells two other panels you can purchase separately but neither really suits my style. One is a multicolored splatter art design and the other is a minimalist drawing of a record player. Ikea may roll out other designs in the future if the Picture Frame is popular, but the default is fine for me.

A good speaker that looks decent when mounted is highly underrated.

This is the first place the Picture Frame breaks away from the rest of the Symfonisk line. The small Bookshelf speaker can tuck neatly and discreetly into a bookshelf. The Table Lamp speaker is, well, a functioning table lamp. The Picture Frame looks like a speaker. It just does, but it doesn’t look bad on the wall, which is all that matters, assuming you don’t mind its dangling power cable. (One nice detail: the cable management channels on the back of the speaker to minimize the cable slack running out.) Its flush profile is more pleasing to the eye when mounted to the wall with the included mounting bracket, only jutting out 2.5-inches compared to the 6-inch depth of Ikea’s $99 Bookshelf speaker (which Ikea’s own product photos show being used as a bedside table when mounted).

A good speaker that looks decent when mounted is highly underrated, even if you need to be creative with the power cord. Just make sure you have an iOS device to Trueplay tune the speaker to help it figure out what orientation it’s in, something unfortunately unavailable to Android users.

What impressed me most about the Picture Frame, however, is the versatility of its design. While I think wall-mounted is the way to go, you can also pop on the included rubber feet and lean it against a wall anywhere you want and it still sounds great. However, I wouldn’t trust my cats to not knock it over. It’s also quite large for something that sits on a table or dresser.

Despite its all plastic design, audio components included, the Picture Frame sounds really good by itself. The sound profile is very much what you’ve come to expect from any Sonos speaker. Nothing is too crazy or bass heavy. The sound that comes out of this speaker is balanced and clear. If you’re worried about bassier tracks causing it to shake on your walls when mounted, don’t be. I played some very bass-heavy rock and rap music and didn’t feel any vibrations against my walls.

Much like the Sonos One, the Picture Frame’s biggest weakness comes in its dynamic range. It gets loud, but starts to get distorted at full volume. If you want a speaker that doesn’t get distorted at higher volumes, Sonos is happy to sell you a Sonos Five for $550. Or maybe you’d like to buy a second Picture Frame for $200 and use it in a stereo pair. (To Sonos’ credit a stereo pair of Picture Frames does sound very good). This is nothing new for Sonos, more money is always the answer in this ecosystem.

One niche use I want to touch on is the Picture Frame’s performance in a home theater setting. You can pair two of them with a Sonos Arc or Beam soundbar to get a much more immersive surround sound effect from either system. In my Beam (Gen 2) review, I found the Symfonisks helped create a nearly perfect Dolby Atmos surround sound experience. To be clear, any two identical Sonos speakers can be used as rears, but the way the Picture Frames sit flush against my walls compared to a Sonos One or even the Ikea Bookshelf speaker makes them a much more attractive option if you are interested in upgrading your soundbar system to full surround.

The biggest downside of the Picture Frame speaker is its price. At $199, it no longer offers customers an affordable entry point to the Sonos ecosystem. It costs as much as Sonos’ cheapest speaker and sounds about as good; it just sits on the wall instead of the middle of a table. That’s fine, and the Picture Frame is by far Ikea’s best-sounding speaker yet, but it definitely doesn’t achieve what the other two Symfonisk speakers do.

Sonos’ refusal to put Bluetooth on anything but its portable speakers, like the Roam, is practically a meme at this point, but it is disappointing the company has seemingly prevented Ikea from putting Bluetooth on any Symfonisk speaker as well. Seeing as how Ikea makes decent Bluetooth speakers, it would have been nice to see that expertise brought to the Symfonisk lineup.

It’s also worth mentioning that while the Picture Frame includes a mounting bracket, you will need to provide your own screws and drywall plugs, making this the first Ikea product I can think of that doesn’t include all the parts you need.

The biggest downside of the Picture Frame speaker is its price.

Another downside of the Picture Frame, at least for U.S. buyers, is the Symfonisk’s ability to use a sold-separately power cable to have two of the speakers share power. This gives you more freedom to place two of the speakers in your home together if you want to place them somewhere that only has one outlet nearby. The reason I didn’t mention this earlier is that the cable needed to daisy chain two Symfonisks is unavailable in the U.S.

In the instruction manual, Ikea says you need to purchase a “Förnimma intermediate connection cord” to daisy chain two Picture Frames, which uses C7 and C8 connectors. The problem is that Ikea only sells this particular braided cable in a few territories like the UK and Australia for about $10-$15 depending on exchange rates. Ikea says it has no plans to make the Förnimma cable available in the U.S., but tells Input that U.S. customers can purchase their own C7 to C8 cable from a third party if they want to daisy chain two Picture Frames. I was disappointed that the positive reviews that convinced me to buy my Picture Frames didn’t catch this, so I’m mentioning it here. If you want to use two Picture Frames paired together, you’re going to need two outlets to do so or find a safe C7-to-C8 cable yourself.

In some ways, the Symfonisk Picture Frame does the worst job at accomplishing the Symfonisk mission. It isn’t cheaper and it doesn’t blend in with your home decor. But since Ikea sacrificed both those mission goals, it was able to make its best speaker yet.

The Picture Frame and upcoming refresh to the Symfonisk Table Lamp speaker suggest that Ikea has bigger plans in store for this line. The new Table Lamp speaker has similar audio components inside to the Picture Frame like a waveguide, so it’s exciting that more Ikea products will have improved sound. A refresh to the Bookshelf Speaker would also be welcome if the company could improve the sound on its cheapest speaker without raising the price.

I hope to see Ikea become more experimental with the form factors it puts speakers into, instead of letting the Symfonisk line stagnate for another two years. As of now, the worst thing about the Symfonisk line is there aren’t enough options.

The Symfonisk Picture Frame speaker is by far Ikea’s best speaker yet, both in terms of sound quality and utility.