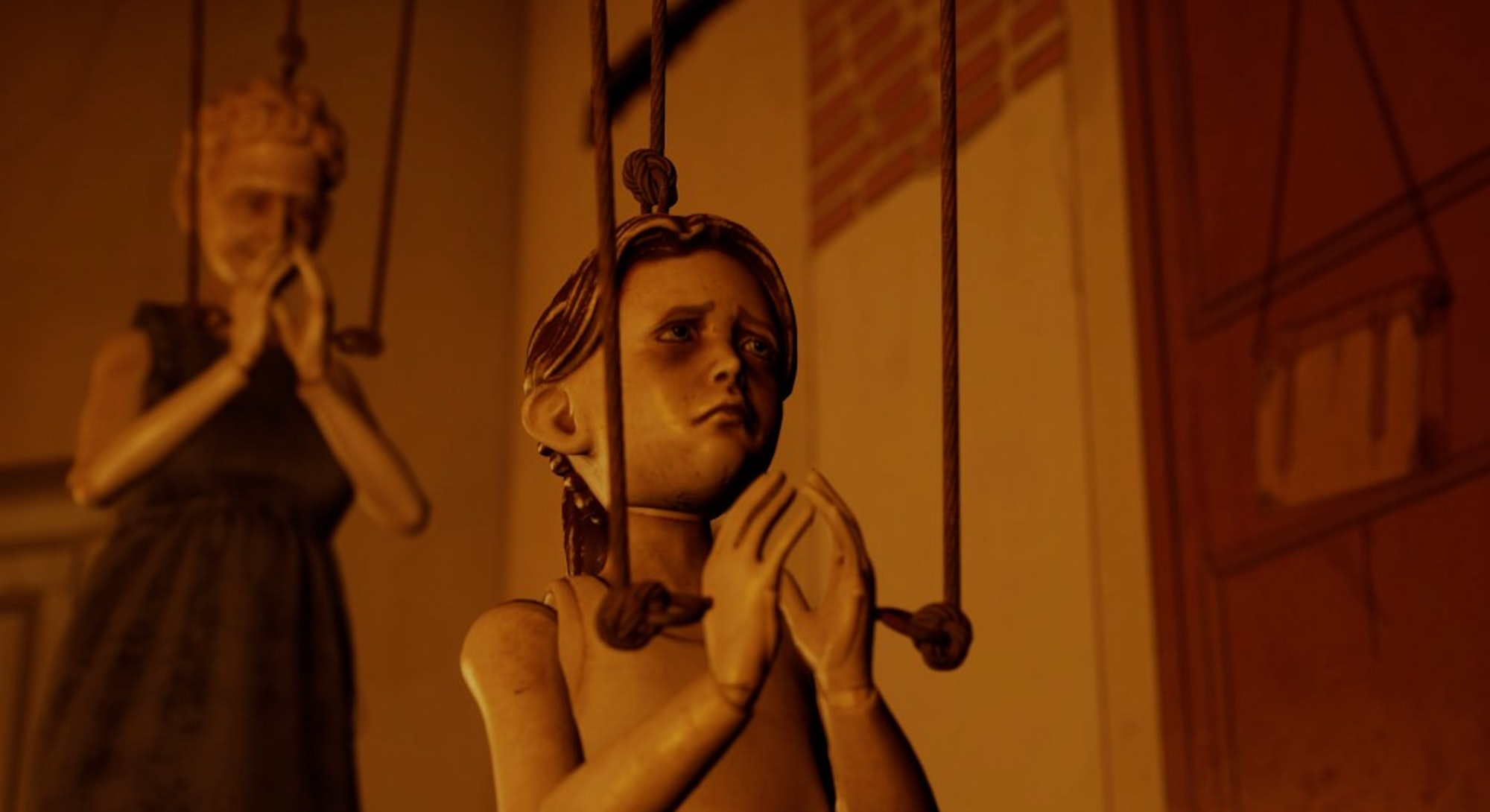 Have you ever even played a psychological horror game if you haven’t skinned your (fictional) sister’s face to make a mask, cut a two-headed fetus out of a teenager’s body, or cooked a child’s pet dog and made her eat it?

You wouldn’t expect puppies and rainbows when you set out to dabble in horror, of course, but with Martha is Dead, a first-person thriller from indie developer LKA, the intention seems less to frighten and more to shock and disgust. The game found itself mired in controversy even before release, when certain portions had to be “modified” for PlayStation to remove interactivity from graphic scenes and add a censored alternative for some others.

That said, fair play to the developer, who does clearly state at the outset that the game content might be of a disagreeable nature. Perhaps it wouldn’t have mattered so much if it had been a good story, but more on that later.

Against the backdrop of the Second World War, Martha is Dead is set in the lush Tuscany region of Italy. As bombs fall, cities burn, aircraft patrol the skies, and unspeakable horrors take place in the outside world, we zoom into the life of 15-year-old Giulia who mourns the death of her identical twin sister, Martha, and starts to question the circumstances around the tragedy.

The game’s strongest attributes are the setting and atmosphere. (Just as well, because this is likely the closest some of us are getting to the Tuscan countryside in the near future given the state of the world right now.) The settings are based on real places and “faithfully reconstructed,” according to the developer. As stunning as the countryside was, I was especially intrigued by the detail in the interiors, and the way you interact with some of the objects around the house. Even if they have nothing to do with the story, they give you a sense of time and place.

Operating Giulia’s box camera, developing the photos in the darkroom, using the rotary telephone and the telegraph, playing with the puppets — these immersive elements give the game an added degree of authenticity. There is also authentic music from the 1940s to round up the experience, plus Italian voice acting.

There is a fairly extensive world to explore, and you can walk or bike around and even use a boat at specific points in the game. Those nighttime forays into the woods and the lake were certainly memorable, even if spooky.

Martha is Dead gives you the illusion of open-world gameplay, but it’s just that — an illusion. The gameplay is marred to a large extent by being exceedingly linear, to the point that it feels like a walking simulator. There is only so much photo development, Morse code typing, and phone dialing that you can do. And if you managed to ride the bike without crashing it, you are a better gamer than I.

Moreover, the writing is — for want of a more eloquent word — terrible. Giulia’s voice lacks authenticity — we are constantly told how upset or angry or horrified she is rather than shown it. The pacing, at least in the first few chapters, is like watching paint dry. What starts off as an intriguing mystery descends into an incomprehensible pastiche of horror, with some detours towards the unspeakably nasty. Even at the end, you are left wondering what really happened and what the point was.

Blurring the lines between reality and superstition, folklore and memory, the game leaves you with more questions than answers. Ambiguity, however, is not the worst of the game’s sins. The focus on the bodies of 15-year-old girls is disgusting — the “sex leads to pregnancy leads to death” trope rears its head again in Martha is Dead. Young women are being publicly punished for being sexual, and my patience has been worn thin by the inevitable sexualization in stories written by men about young women; it needs to stop.

“Some people find enjoyment from this, while others find it incredibly unsettling.”

The illusion of control underpins so much of our thoughts and actions. Research shows that horror as a genre can help create scenarios in which we feel in control.

The primary goal of horror is to evoke fear and anxiety in its audience, says Colton Scrivner, a behavioral scientist and researcher at the University of Chicago’s Department of Comparative Human Development, who studies horror and morbid curiosity. “Some people find enjoyment from this, while others find it incredibly unsettling,” he adds. “Some aspects of horror, such as the gore or violence, also tend to either draw people in out of curiosity or push them away out of disgust.”

Scrivner’s analysis is fascinating. It explains why I can barely function because of anxiety sometimes but will still seek out a psycho-thriller for entertainment. Or, in this case, play a horrifying game. For me, it is the aspect of control, knowing there is a resolution or that I can stop any time. Scrivner calls people like me “Dark Copers”.

“The Dark Copers can be identified as horror fans who use horror as a way to cope with existential realities or aspects of mental health such as anxiety,” he says. According to a study he and some colleagues conducted, such folks even reported various benefits from engaging with horror, including mood boosts and feeling they had learned something about themselves.

This might have something to do with why horror as a genre has done well during the pandemic years. Andrew Weaver, a researcher in media violence and moral psychology at The Media School, Indiana University, Bloomington, says that this is a well-established pattern. “Where there’s an external anxiety that is really uncontrollable… suddenly horror as a genre becomes more popular.”

The pandemic is a great example, he says, but there are other examples, like periods of economic stress, terrorism, and so on, when horror’s popularity spikes. “The theory there is that having that external anxiety that’s persistent, that we can’t control is a very uncomfortable psychological state,” he adds. “One way to address it is to try to provide a tangible source for the anxiety… a source that you can control. And horror provides us that.”

And yet, after an extremely disturbing game like Martha is Dead, it is perhaps natural to question if seeking out horror for physiological arousal is dysfunctional. Weaver dismisses this notion, though. “What this suggests to me is just that horror happens to be the outlet that people have chosen, that people rely on… as a source of comfort.” Other people, he adds, have the same kinds of general anxieties, but use other means to address them. “I don’t think one is necessarily better or worse.”

“In a video game, you are given freedom to explore threatening situations.”

In fact, it might sometimes work like emotional exposure therapy, says Scrivner. In horror, where threat is the central aspect of the story, it can compete for your attention and draw you in when you’re worried about other things, and give you some means to control how intense the anxiety is.

“In a movie, you might close your eyes, turn the sound down, or watch with the lights on in order to lower the intensity of the threat. In a video game, you are given freedom to explore threatening situations — and more importantly, the feeling of being afraid and anxious — in a safe way. Over time, this could give you a sense of mastery over your fears and teach you important skills for regulating your own emotions.”

Horror as entertainment performs a delicate dance between thrilling and off-putting. Martha is Dead veers towards the repulsive and objectionable side of the spectrum. The only person who might benefit from the half-dozen-odd hours I spent from it is my therapist.