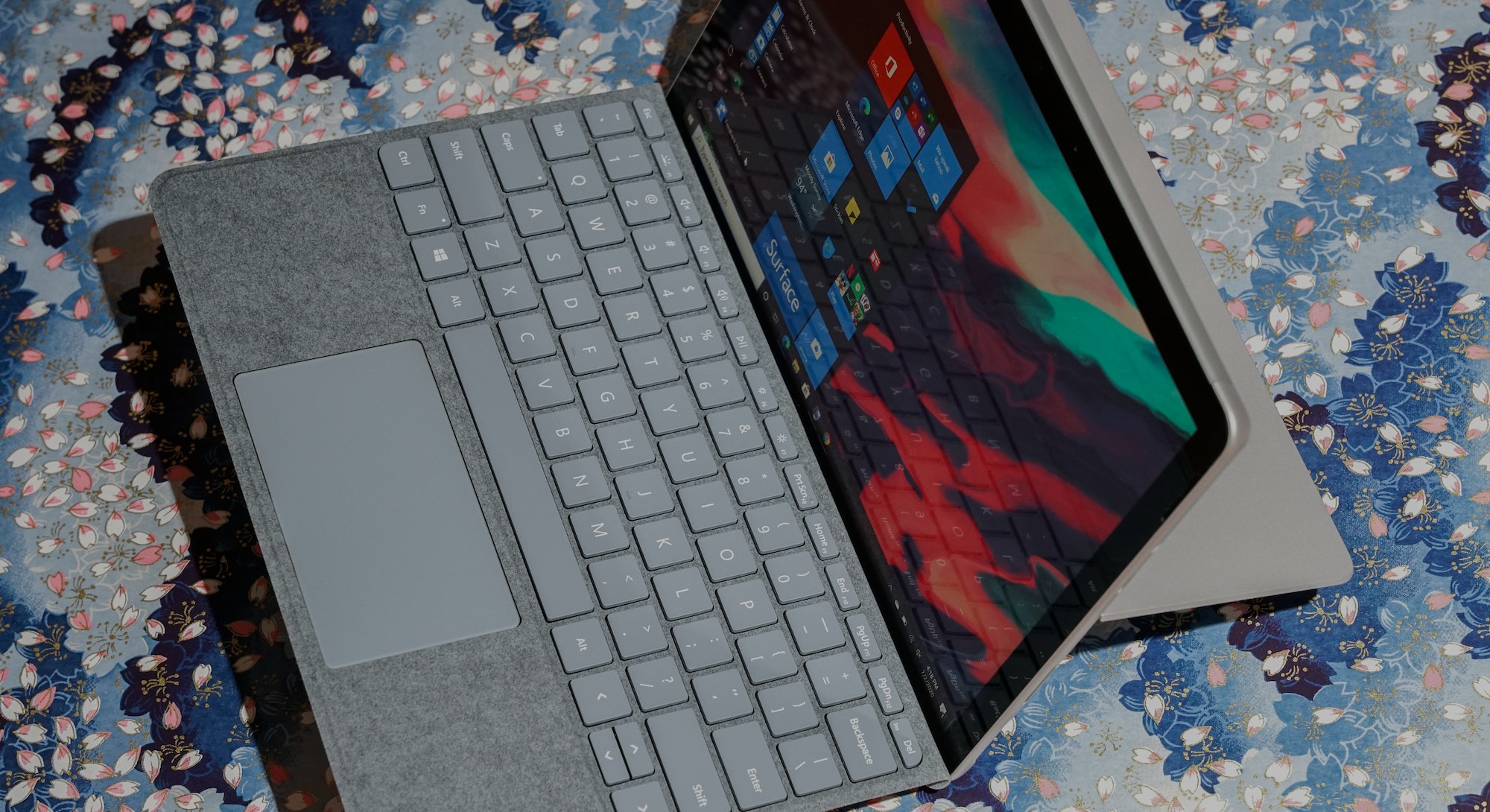 Two years ago, Microsoft reached a fork in the road. It could keep on the path of making the Surface Pro a one-series wonder or expand the family. Microsoft did the obvious: It made the Surface Go, a smaller, more portable version.

The Surface Go was not a good computer. Cute, but mediocre. The screen was small with big thick bezels all around it, performance was painfully sluggish, and battery life was disappointing. Its marked shortcomings gave Microsoft a clear pathway for improvement for the Go 2.

I have bad news: The Go 2 is not much better. It's like Microsoft started working on the improvements and then fell asleep halfway. Microsoft addressed the complaints about the screen, but seemed to shrug off everything else. It made me ponder deeply: Why does the Go 2 exist?

Sluggish performance, a smaller screen, and average battery life make the Surface Go 2 a non-starter for most people.

Bezel diet — Microsoft didn’t mess with the Go 2’s industrial design much. It has the same dimensions as its predecessor, but added 0.8 pounds. The Go 2’s 10.5-inch screen is larger and has slimmer bezels than the Go’s 10-inch display and it’s sharper too with 1,920 x 1,200 resolution versus 1,800 x 1,200. It’s an okay screen — nowhere near as bright or vibrant as an iPad Pro display. Does a half an inch increase make the Go more usable? Not really. I feel like I'm stil squinting more than I do on my iPad.

The slightly bigger screen is basically the extent to the physical changes. Everything else on the Go 2 is the same as on the Go. Same Surface Connector port for charging, single USB-C port, headphone jack, and microSD card slot.

It honestly feels like Microsoft phoned it in with the Go 2, kind of like how the Surface Pro 7 was essentially a Surface Pro 6, but with a USB-C port instead of USB-A.

Weak performance — As with the original Go, you need to have patience or you will be tempted to chuck the Go 2 out the window when it takes a few extra seconds for things to load.

The Go 2 review unit Microsoft lent me is the more expensive $629 model with Intel Core m3 processor, 8GB of RAM, and 128GB of SSD storage. The Core m3 is not a very powerful chip; you really should run whenever you see a device with an m3. It can handle a handful of Chrome tabs, full HD video streaming, and Microsoft Office no prob; anything more intensive will slow things down. Your mileage is going to vary depending on the apps you use and how hard you push the CPU, but I don’t think many people will find it acceptable for hours of continuous work. The punier performance made me reach for it less than my iPad Pro with Magic Keyboard. A student might be able to get by, but I wouldn't trust it to not freeze during the 11th hour.

I didn’t test the entry-level $399 Go 2, but the terrible specs (Intel Pentium Gold 4425Y, 4GB of RAM, and way slower 64GB of eMMC storage) which are even weaker than the model I’ve been testing are enough to tell me to stay away from it. If there’s any version of the Go 2 that should not exist, it’s the $399 one. It’s a ripoff. There are Chromebooks with better specs (with a keyboard you don’t need to buy separately) than the entry-level Go 2.

At home where I’ve got plenty of outlets, 5 hours isn’t the worst. But as a mobile device, it won’t even last me through a full 9-hour work day. Dialing down the display brightness and turning off Bluetooth and the backlit keys help eke out slightly more battery. But why bother? At that point, you’re trading screen visibility and wireless headphone functionality — I never have to worry about either on an iPad.

Wonderful webcam — I used to not care about webcams on tablets. But with COVID-19 keeping me home most of the time I’m grateful that the Go 2 has a respectable 5-megapixel webcam capable of 1080p resolution. Compared to an iPad Pro’s camera, it’s positioned in the correct spot (center in the top bezel) when the Go is attached to a keyboard; the camera on an iPad is pointed at my left side when it’s in landscape, which is not good for video calls.

I appreciate that the camera supports Windows Hello, which unlocks when it sees my face (no swipe required). Pro tip: double-tapping the space bar on both the Go 2’s keyboard and iPad Pro’s Magic/Smart keyboard unlocks the tablets without requiring swiping.

At almost every turn, Surface Go 2 left me confused. I keep wishing it were a more capable tablet computer with more power and longer battery life. I keep wishing the $649 version started at $399 or even $499.

What I (and I think most people) want is a Surface Go that’s literally a smaller version of the Surface Pro. Same performance, same RAM, same fast storage read/write speeds. Just give us the Surface Pro 7 in a smaller package. Like how the iPad Pro comes in two sizes (11- and 12.9-inch), but design and performance are exactly the same. As it is now, the Go 2 is worse than an iPad at tablet things and not powerful enough for many laptop things.

What I want is a Surface Go that’s literally a smaller version of the Surface Pro.

Is it possible to fit the Pro 7’s Core i5 chip into the Go’s smaller volume and sell it at less, too? Without the smaller Surface Go combusting? That’s for a Microsoft engineer to figure out. What I do know is that the Go 2 isn’t a computer I can recommend to anyone. My colleague Nicole Dalessandro is using a Go (connected to a mechanical keyboard and mouse to make it tolerable, no less) after her MacBook Pro died. She didn’t listen to me when I told her to replace it with a Surface Laptop 3 and now she’s living in a hellishly slow computer nightmare that repeats itself every time she turns on her little Go.

Just like the original Go, when you add in the price of a keyboard ($129) to the $629 Go 2 (the only performant one anyone should consider), you’re up to $749. You’re much better off buying a discounted Surface Pro 6 with Core i5 CPU and keyboard for a little more. At least then, you won’t be confused all the time.

I don’t think Microsoft should give up on the Surface Go. It can be great, but it needs the right parts. Maybe that involves swapping out the slow Intel chips in the Go 2 for the faster Snapdragon 8cx-based ARM chips in the Surface Pro X. (Of course, app compatibility is a whole other story.) But if Apple can make its own custom ARM-based silicon work as an x86 CPU replacement, then Microsoft needs to try harder. Because a Go that’s greatly held back by performance might as well not exist.