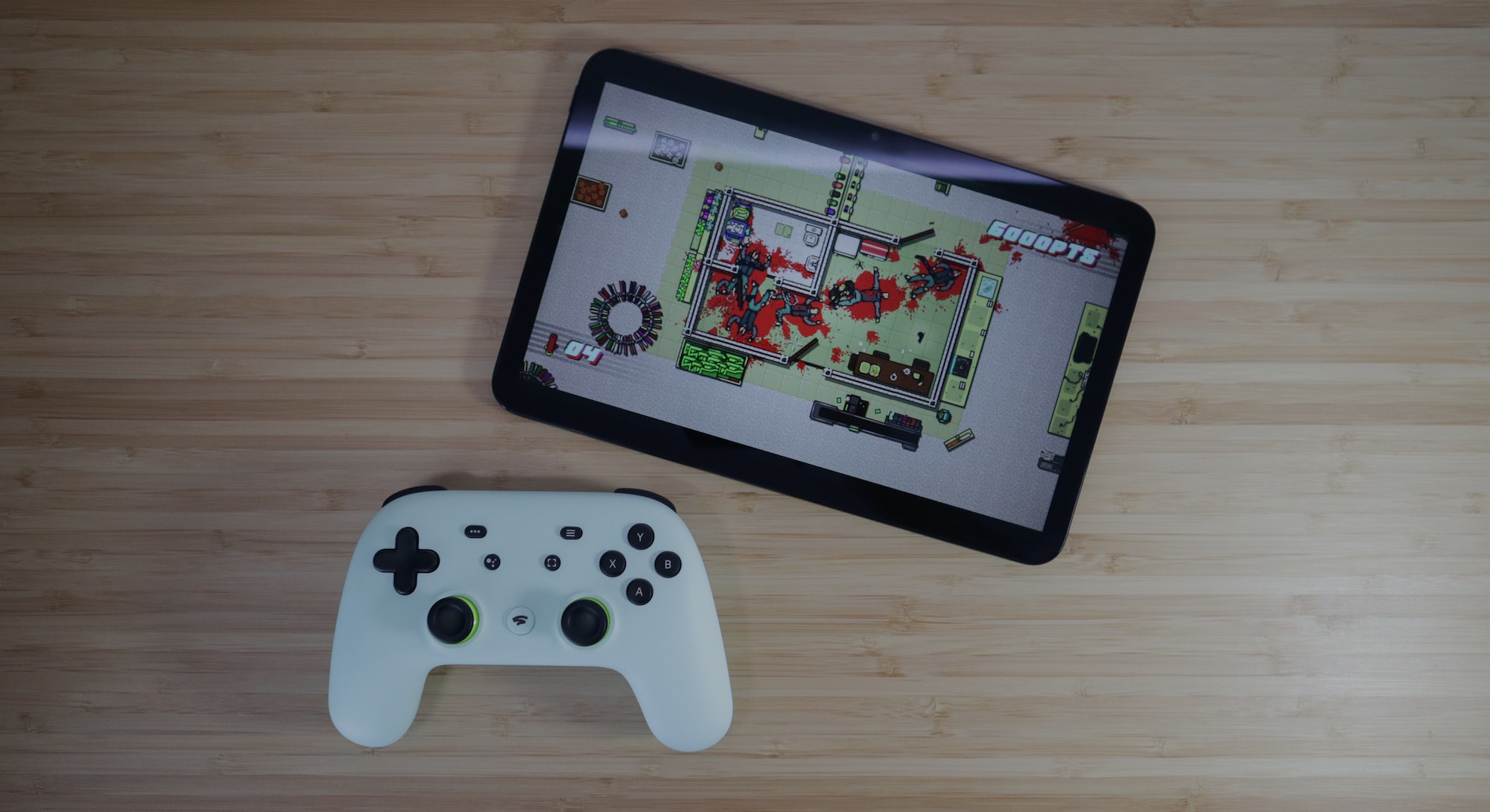 Let me just say upfront: Nokia’s T20 tablet is not going to knock the iPad off its throne.

You won’t find a high-performance chip or cutting-edge features that come remotely close to matching the M1 iPad Pro (or even the entry-level ninth-generation iPad). At $250, the T20 is a budget tablet for entertainment, and it’s got a few nice surprises to keep things interesting.

The Nokia T20 is the first Nokia-branded tablet to launch under parent company HMD, which means there’s a lot riding on how it’s received. If it’s a flop, there may not be more. For the most part, the T20 has all the basics: a large display, front and back cameras, expandable storage via a microSD card, Bluetooth and Wi-Fi, and even a 3.5mm headphone jack. While HMD has recently gone back on its promise to keep its flagship Nokia phone up-to-date, the company claims it will offer two years of OS upgrades and three years of security upgrades for the T20.

The new Nokia T20 is great for streaming, reading, or web browsing.

The internals are very lackluster, sporting just 4GB of RAM and 64GB of built-in storage. Its outdated Unisoc Tiger T610 chip is the weakest part of the T20; there’s perceptible lag across the entire Android experience. I don’t really care for organizing my apps, so I prefer to use the search feature. It’s fast when I do it on my Pixel 5a, which also uses a mid-range Snapdragon 765 chip, but I notice the wait when I search on the T20. But that’s just the start of it. Loading or switching apps is also slow, and even basic operations like unlocking the tablet.

Like the Nokia XR20, the T20 has built-in face unlock. It’s a rare feature for budget devices and it sometimes works well on the T20. But oftentimes, face unlock is too slow, taking several seconds to recognize you. At that point, you can try again by turning off the screen and then back on, or you can put in your PIN. It’s not a dealbreaker, but it is disappointing that the slow processor hampers a feature you will use many times a day.

The good thing is that once you unlock it, you’ll be met with a crisp 10.4-inch 2K (2,000 x 1,200 resolution) LCD display. When compared side-by-side with the fourth-gen iPad Air, the T20’s display holds up; I wish it was OLED, though. The color temperature is cooler than I’m used to and tends to wash out lighter colors, but color reproduction is good overall. The display’s 400 nits rating means it’s plenty bright, too, though you’ll still have to deal with glare when using the tablet outdoors. While I enjoyed the display, there were two issues that bugged me.

I won’t argue that the display looks bad because it doesn’t. However, I could never find a way to enjoy 2K content, or at least anything higher than 1080p. On YouTube, I could not manually select a streaming option higher than 1080p / 60 fps. It’s frustrating because as good as the display looks, I felt like I never got to experience its fullest potential with higher resolution content. It’s even more frustrating because on an iPad Air 4, there is the option for 1440p and 2160p content. I don’t know if it’s a software issue with YouTube or what, but it soured the display for me.

The other issue is the location of the light sensor. When holding the T20 tablet in portrait mode, my hand blocks the light sensor, which throws off automatic brightness. Maybe I’m just used to using an iPad, which has the selfie camera and light sensor oriented for vertical use; I couldn’t get used to it on the T20. The constant screen dimming was a persistent annoyance; I didn’t want to turn off automatic brightness because that would negatively impact battery life and blind my eyes in the dark. Of course, you can hold the T20 from any other side, but it’s still inconvenient to have to change for the device.

With a meh chipset, the T20 was never meant for productivity or hardcore gaming. The T20 was designed for reading and watching content. Though you can’t watch in 2K resolution, I still found most content to look nearly as good as on my iPad Air 4. For weeks, I used the T20 to catch up on my manga via the Shonen Jump app; comics via DC Universe Infinite; and videos via YouTube. The vibrant colors of the display made the pages of comics like Paul Levitz and Sonny Liew’s run of Doctor Fate pop, and I never had issues loading pages as I ate up comic after comic. While manga is decidedly less colorful, it was refreshing to see Chainsaw Man on a larger device. The T20 became my favorite way to enjoy comics and manga, but it also presented an opportunity I hadn’t thought of: cloud gaming.

Despite all the minor grievances, I do believe the T20 is enough for most people

With the continued expansion of next-gen consoles like the Xbox Series X and PlayStation 5, I had forgotten how easy it is to access cloud games these days, even on underpowered devices. If I’m being honest, the T20’s gaming prowess ends at casual games like Mini Metro or Threes. Seriously, I couldn’t even get past the character creation screen in the new Final Fantasy VII: The First Soldier battle royale game before the game crashed.

But, with a fast enough internet connection, the T20 can be just as good as any console. I used Google Stadia on the T20 with a Stadia controller, and I had a blast playing Hotline Miami 2: Wrong Number, an all-time favorite game of mine. But that’s a game that can run on the PlayStation Vita, so to test if the T20 could stream graphically demanding games, I played the opening section of Assassin’s Creed Valhalla. The Ubisoft game from last year is still one of the best-looking games on current-gen consoles, and playing it via Stadia was a solid experience. I also played PUBG to test multiplayer functionality, and it went well enough that I managed to bag a kill. Across all three games the biggest issues I experienced were frame stutters and audio delays, though they were fleeting and happened infrequently enough as to not ruin gameplay. I assume the issues occurred due to playing over Wi-Fi, since I rarely encounter problems like that when playing stadia over a wired connection. Either way, the T20 didn’t let me down with cloud gaming. Other services like Amazon Luna or Microsoft’s Project xCloud can also be used, making this budget tablet a gateway to legit gaming experiences.

Streaming and gaming are taxing on the battery, but I found the T20 didn’t need to be charged often. I often left it on standby for days and returned to see plenty of battery life left. For example, as I’m writing this the tablet is at 60 percent, and that’s after I’ve been using it to read comics every night this week (Sunday through Thursday). When I’m not using it during the day, the tablet seems to conserve battery life much better than my iPad Air 4, which I constantly find dead after a few days sitting idle. Nokia claims the tablet can last up to 10 hours when streaming video and 15 hours when browsing the web. Maybe it’s because the 8,200 mAh battery is on the higher side or because the chip doesn’t demand too much power to operate, but all I know is that the T20 seemed to never run out of juice. It’s a good thing, too, because, for a tablet that doesn’t do a lot, it’s important to nail the basics.

I know that a $250 tablet can’t do it all, but I would have liked better cameras and speakers. Both components work okay, but you’re better off Zooming someone from your phone or listening with earbuds. Also, it would have been great if the tablet came bundled with a case or some way to prop it up. It’s already hard enough to find accessories for non-Apple products, let alone for a device that just launched from a company with minimal market share. HMD does sell a rugged case with a kickstand, but throwing in something simple to enjoy the tablet hands-free would have made the T20 a more attractive buy.

Despite all the minor grievances, I do believe the T20 is enough for most people who just need a simple device for streaming, reading, or web browsing. With a built-in Google Kids Space app, the tablet is also great for parents, who can hand off the tablet to a young one while keeping them in a protected space populated with age-appropriate content.

While not the cheapest tablets available — Amazon sells a range of Fire tablets priced between $35 to $180 — $250 for the Nokia T20 is still less than the $330 ninth-generation iPad. But for $80 more, the iPad is a much better device; you’d get more for your money. Not to mention, it’ll get years of iPadOS support to come. I understand wanting to stay within the Android ecosystem or wanting to stick with a budget, but there’s no doubt that HMD’s first Nokia-branded tablet could have been better. The T20 does get one thing right: the gorgeous display. In my opinion, it might be enough to forgive the tablets many annoying sins.