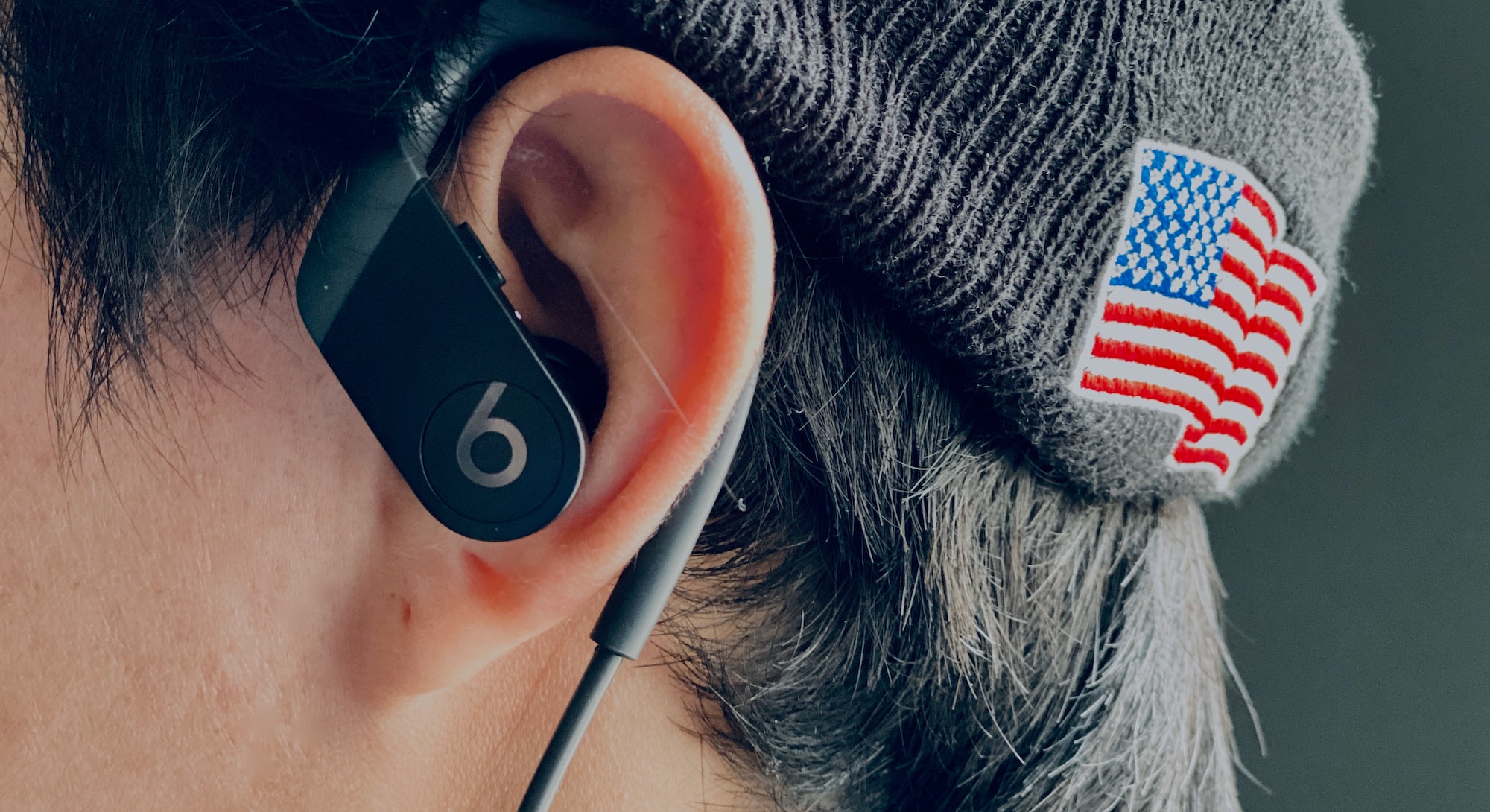 Right now, like many other people in New York City and around the world, I'm spending every day inside my home to avoid the spread of the novel coronavirus (COVID-19). I only leave my apartment to go to the grocery store or on a run after I finish working, with the latter activity being key to keeping my mental health in good shape.

My routine is simple: I walk outside, fire up the Nike Running Club app on my iPhone, and then listen to some music on my Beats Studio 3 wireless headphones as I sprint off. That had been the case for the better part of the past two weeks, until a few days ago when I swapped the over-the-ear Studio 3s for the Powerbeats 4, Apple's latest fitness-focused wireless earbuds.

The Powerbeats 4 review unit couldn't have arrived at a better time, because just days before I had thought about how uncomfortable the Studio 3 headphones were getting during my runs. Granted, that bulky, over-the-ear pair isn't exactly designed to be used for workouts, but I like the way they sound better than my AirPods Pro or Louis Vuitton Horizon 2.0 Earphones. Once they started to slip off my head and made me lose focus, though, I decided I needed something different.

Now that I have the Powerbeats 4, I have been using them non-stop since last Saturday, not just while running but also at home to listen to music on my phone or watch videos on my laptop. But, before I tell you what I love (or don't) about them, let's first talk about what's new compared to the Powerbeats 3. For starters, the Powerbeats 4 cost $150 ($50 less than the previous version) and come with a 15-hour battery life on a single charge (up from 12). Additionally, they feature support for hands-free "Hey, Siri" voice commands thanks to Apple's new H1 chip, which also makes it easier for the Powerbeats 4 to seamlessly pair with and switch or share audio between Apple devices.

The Powerbeats 3 were already solid enough, and Apple is only going to make the Powerbeats 4 more desirable and accessible with these upgraded specs and that $50 price slash. And there are sound improvements, as well. Apple says that Powerbeats 4 features the same audio quality as its $250 Powerbeats Pro, which are some of the best-sounding wireless earbuds on the market today. Aside from the cost, the obvious difference between them is that the Powerbeats Pro are truly wireless, whereas the Powerbeats have neckband design. Ergonomically, however, they're both equally comfortable — even if with the Powerbeats 4 you have a cable that contours around your neck.

Apple is only going to make the Powerbeats 4 more desirable and accessible with these upgraded specs and that $50 price slash.

Like I touched on earlier, as much as I love my Beats Studios, I do begin to feel their heft and weight on my head during longer runs or workouts, plus the band tends to start slipping toward the back of my head the more I sweat. I don't have to worry about any of that with the Powerbeats 4. What I love the most about them is that when I'm running, I don't even know they're there. Once I slip them in my ear and adjust the earhooks, I know they're going to stay in the same place no matter how fast I'm moving. And since they're intended to be used for fitness purposes, they have IPX4 rating for sweat and water resistance, making them the ideal audio companion for runners or any other athletes.

No noise-canceling, no problem

With the same 12mm drivers as the more expensive Powerbeats Pro, choosing between those and the Powerbeats 4 really comes down to whether you want a truly wireless pair. I, for one, don't mind the cable, as it's not heavy enough to be noticeable — the Powerbeats 4 weigh 26.3 grams compared to 20.3 on the Powerbeats Pro. One thing you will miss is that the Powerbeats 4 only have playback controls on one ear, whereas with the Pros, you can use buttons to play or skip tracks from both sides. It's a small detail, but that might matter to some people. Thankfully, you can "Hey Siri" without having to press any buttons on the Powerbeats 4 now, which comes in handy when you're mid-activity and want to play a new album or make a call.

The sound, as we're used to with most Beats headphones and earbuds nowadays, leaves nothing to be desired. Apple says the Powerbeats 4 are designed to deliver "pure sound reproduction, enhanced clarity, low total harmonic distortion (THD), and dynamic range," which translates to balanced clear mids and highs that aren't overpowered by a heavy bass.

I listened to anything from Bad Bunny (mostly Bad Bunny!) to Pink Floyd and there wasn't a sound that I hated. I always like to use the example of listening to Wish You Were Here, and if I can hear David Gilmour's breathing and mouth sounds before he starts singing beautiful words, that's generally a good sign — and the Powerbeats 4 didn't disappoint there.

Yes, they don't have any noise-canceling, but the ear tips seal well enough in and around my ear that it's hard for me to hear what's happening around me if I'm blasting at medium to loud levels. Also, with the inclusion of that feature, you would probably be looking at a cost of $200 or $250 as opposed to the current $150 price tag without noise-canceling. Speaking of, Jaybird'sTarah Pro had been generally considered better or on par with the Powerbeats 3 due to their 14-hour battery life, but the Powerbeats 4 now best them there, as well as in price. You also have other options like the JBL Under Armour Sport Wireless, which are $150 but don't sound as good as the Beats.

If you're itching to get your hands on the Powerbeats 4, which come in black, red and white, you won't have to wait long to get them. They'll be available starting Wednesday, March 18 on Apple's website, and I fully recommend them to any of you who (like me) are staying active in trying times.