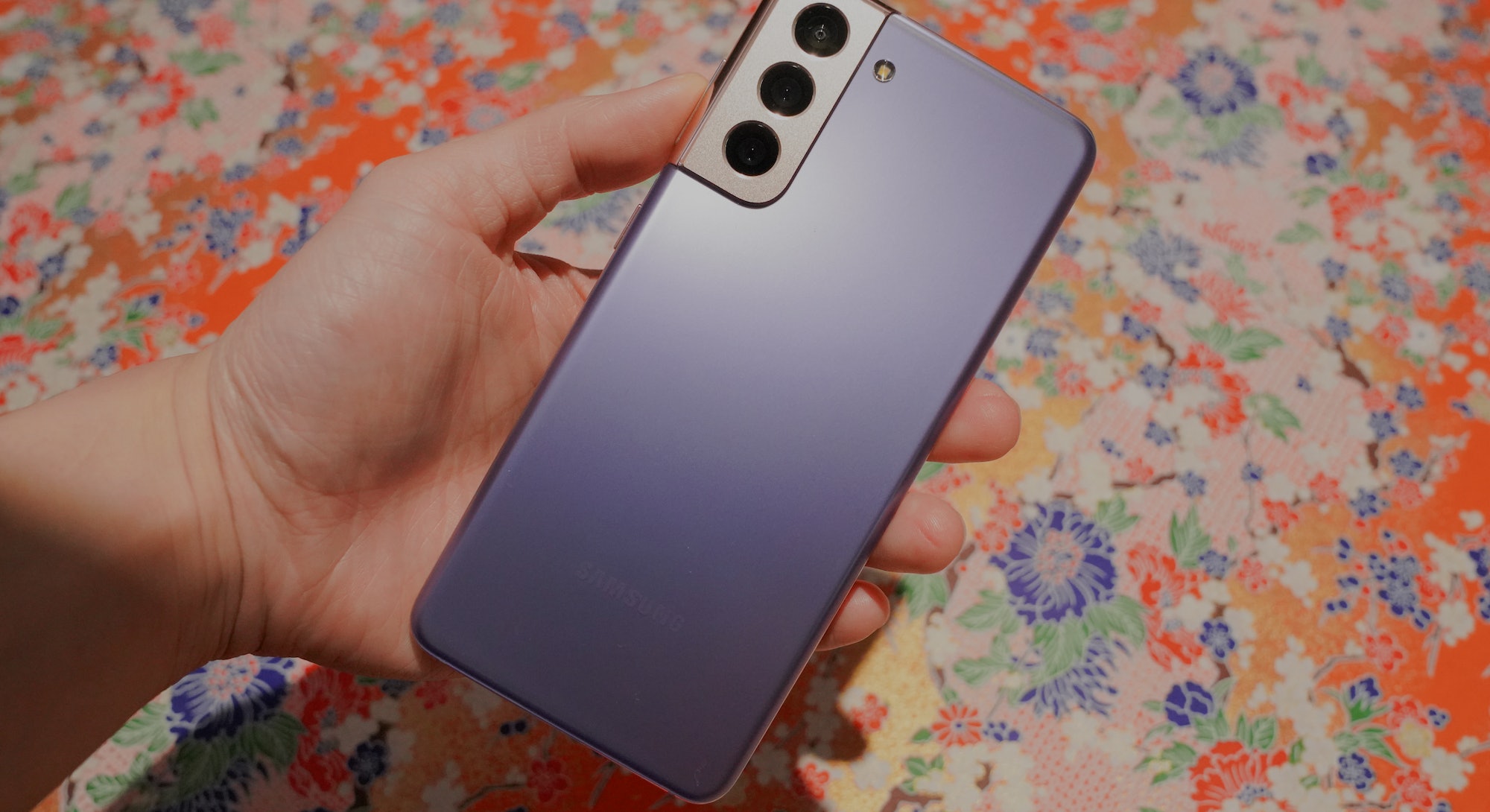 By now you already know that the Galaxy S21 Ultra is the real deal. The entry-level Galaxy S21 is, as expected, not as spectacular but still very good.

The S21 really warrants no more than a one-paragraph review, so here it is. The 6.2-inch flat AMOLED display is 1080p instead of 1440p — that’s fine because it’s flat and does 120Hz and is slightly brighter at peak brightness. The Snapdragon 888 chip also rips — this is flagship Android performance. Battery life is great — it’ll last all day — though the S21 Ultra lasts longer. The triple-camera system on the S21 is virtually identical to the S20 with improved image processing so I’ll leave the side-by-side comparisons to other reviewers.

Really, the only reason to get the S21 over the S21 Ultra (the S21+ exists as the weird middle child in the family that nobody cares about) is for its price. Starting at $800, it’s $400 less than the S21 Ultra. Besides the obvious camera and display downgrades, the S21 is also made of plastic — a tangible cost-saving.

It’s this build quality that I find worthy of discussion more than anything else on the S21. I think it’s time plastic makes its grand return to flagship phones. The iPhone 4’s iconic glass-and-metal sandwich defined an entire decade of smartphone design, inspiring imitations all across the price spectrum. But what once was luxurious is now ordinary. Without going full folding, swiveling, or rolling, phone designers should consider making plastic great again.

Samsung's Galaxy S21 is made of plastic and that's a good thing!

I can think of a dozen reasons why phones should be made of plastic again. Durability is at the top of the list. The reality is that glass phones are more fragile. Drop it on the ground and the glass is going to shatter. There goes your pretty phone!

A phone made of plastic is less likely to shatter. It’ll still get dinged up with enough impact, but the chances of it fracturing into hundreds of shards are slim. I have accidentally dropped my S21 review unit several times. It’s fallen off my bed and sofa and slipped out of my pocket. It still looks brand new. Plastic is good, durable, and from afar looks just like glass.

Phones with a glass backside can only be made in two ways: glossy or matte. Everyone hates glossy because the second you touch shiny glass it looks disgusting. Matte glass picks up fewer fingerprints, but it’s usually more slippery.

But plastic! Plastic can take on more textures and patterns. It can be molded to be both glossy and grippy or matte and slippery or in any preferred combination. Thinking back to the pre-iPhone and early Android days, I’m reminded of all the unique phones that were made of plastic.

Plastic can be disguised in ways that glass can’t.

Who remembers the HTC Touch Diamond? Ignoring everything but the phone design, the Touch Diamond’s polygonal backside was striking and stood out in a sea of similar handsets. Or how about the ribbed plastic back on the third-gen Moto G? Or the weaved texturized backside of the BlackBerry Classic?

Plastic can also be disguised in ways that glass can’t. It can be made to look like leather (vegan-friendly like on the Note 3 or not like the LG G4). Plastic can allow for a greater mix of colors and accents and ornaments to spice up what would otherwise be a smooth, dull piece of glass.

Am I alone or was the self-healing plastic on LG G Flex damn cool? That was some real sci-fi stuff.

If you dig deep enough, you’ll find an entire trove of phones made of really nice and interesting plastics. Shapes and patterns and textures that you won’t find on phones with glass backs. I dumped on Google for using plastic on the Pixel 4a, but I’ll cough up to being wrong; the texture is grippier than any phone worth three times its price, and god it’s liberating not having to throw a big ugly case on it.

The fact that people buy cases like this one with pieces protruding in every direction purely for aesthetic reasons is proof that people are probably okay with their phones being made of plastic.

Additionally, maybe plastic phones could mean the end to all those distracting antenna lines that interrupt the metal frames. On the iPhone 12, there’s a giant cutout just to allow the mmWave 5G signal to pass through. Plastic could undo these design sins.

I know I’m not the only one annoyed that phones have gotten thicker and heavier with the move to more premium materials. Big phones aren’t going away, but that doesn’t mean they still don’t hurt when you've gotta hold them up all day long.

You know what would make phones lighter? Plastic. They can be made really thin and feather-light. Glass? Not so much.

Plastic is the main reason why the S21 starts at $200 less than the S20 did. Samsung wagered that most people are going to slap a case on their phones anyway, so it’s not like people will miss the glass. This survey by Statista is damning: 79 percent of phone owners used a case in 2017. I wouldn’t be surprised if that percentage has only increased since.

$200 is money that could be used toward wireless earbuds, put into a savings account, or used for something entirely unrelated. Premium phones are a nice status symbol, but the pandemic has rewired a lot of our thinking. Does a status symbol have any value if there’s nobody to flaunt it in front of? Hello, plastic!

If given the choice, I think most people would pick a Mercedes over a Toyota. The same goes for phones: we all want the nicer and more luxurious device. But that’s only because there aren’t many choices. How many flagship phones are even made of nice plastic with unique textures and designs? Not many.

Plastic doesn’t need to be a second-class citizen.

Testing out the S21 and finding few downsides to its plastic construction made me realize that plastic doesn’t need to be a second-class citizen. Phones made of polycarbonate don’t need to be relegated to mid-range or budget devices. With a clever injection-mold process or elegant design, plastic phones can be just as good if not better than glass ones which, as I highlighted are, far from perfect. Who knows, it could even mean phones with removable batteries again.

Many people will point to the flop that was the iPhone 5C’s “unapologetically plastic” design as evidence that there’s no going back to plastic in a glass-and-metal phone world. To that I say: the iPhone 5C failed because it was a recycled iPhone 5, not because it was made of candy-colored plastic. If Apple was to headline new flagship iPhones with a plastic design, plastic would be en vogue again overnight. Snobs would pick up their pitchforks, but everyone would get over it pretty quickly. To riff off the common saying: everything old eventually becomes new again. It’s only a matter of time until the pendulum swings back in the other direction.