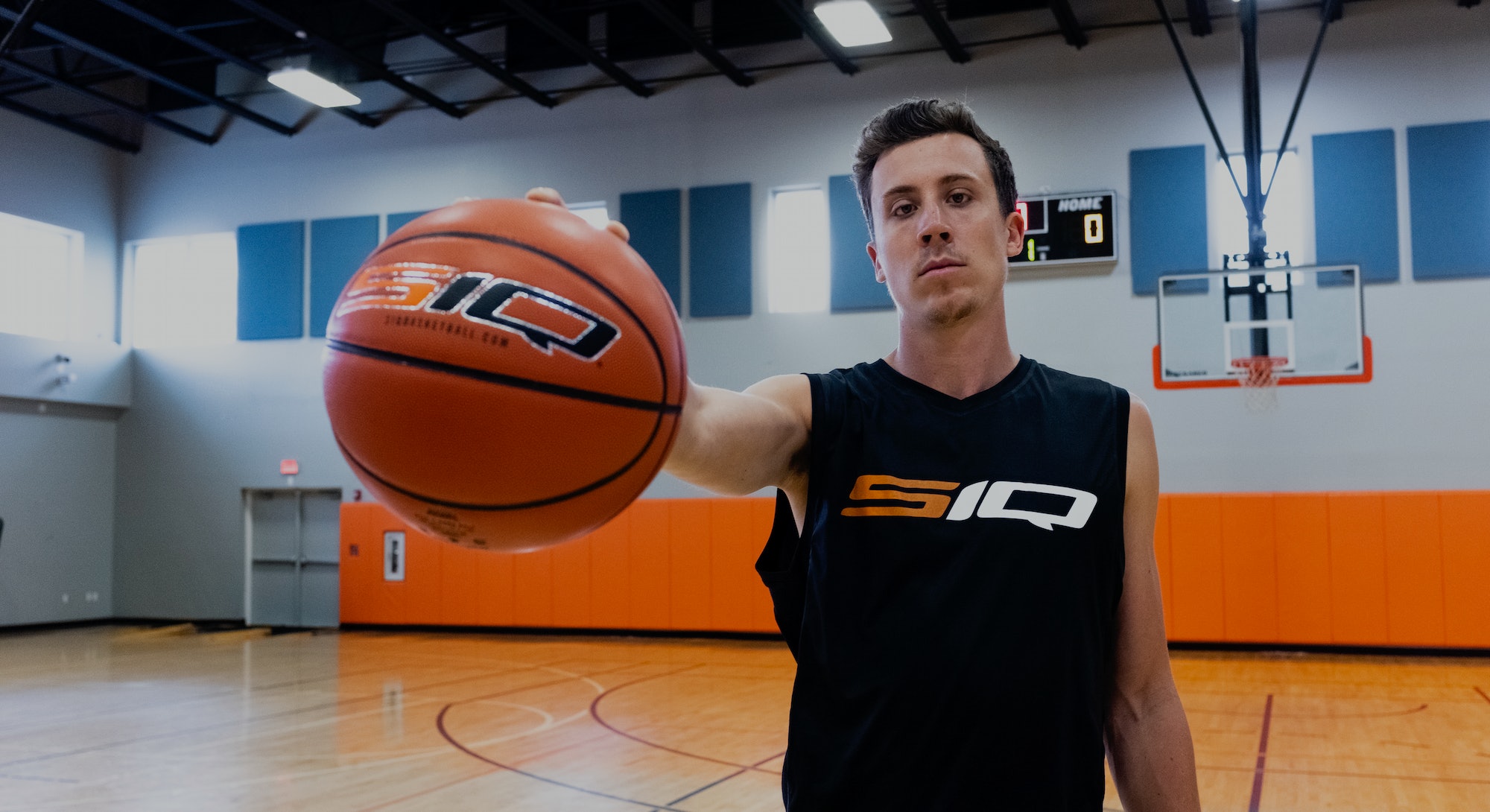 It’s a motion countless basketball players at every level have taken at the free throw line. The ball is tossed with a backward spin from approximately chest level, bouncing back up to be repeated as desired.

Normally, it’s a calming routine, a way to gain composure for what should be the easiest shot in the sport but is anything but. With a new smart basketball, however, the action takes on a whole new meaning. Earlier this year, a company named Siq soft-launched its smart basketball capable of keeping track of your shot count in addition to several hyper-specific data points. It syncs with an app on your phone via Bluetooth, and to start the connection you simply send the ball on its way to a bounce with a backward spin.

Other companies have produced their own smart basketballs before, but none have reached the level of function as Siq’s. Using internal sensors that add just 3 grams of weight, the ball can track not only your makes and misses, but also the precise angle of your shot, the ball’s in-air rotation rate, and even the distance from which you’ve shot.

The ability to track such data points isn’t entirely new, but it typically requires a robust system of cameras that can cost thousands of dollars. The New York Knicks, for example, began using this year the Noah Basketball tracking system, which starts at $5,000 for installation and captures many of the same statistics. Siq’s smart basketball, however, costs just $99 in addition to a $7 monthly subscription fee to use the app.

Endorsers for the smart basketball include the professional shooting guards Duncan Robinson of the Miami Heat and Kayla McBride of the Minnesota Lynx, but Siq is after the amateurs, the high school, AAU, or other youth players who are already keeping track of their makes and misses via pen and paper. Siq CEO Erik Anderson said Robinson told him he would manually record 400 to 500 shots each day on a notepad as a child and that his mom still has copies of his training logs.

The app makes a “ka-ching” sound for each shot made — gamifying what is quite literally already a game.

Siq’s basketball was in development for five years before going public, beginning delicately with sensors taped onto the ball. As time went on, the company was able to streamline the design and the final product has now been certified by FIBA for play in Olympic-caliber games. Siq owns 24 patents for the technology inside its basketball, and eventually it could be used for other sports as well.

All that’s required to use the smart basketball is the ball itself, a phone, and a hoop with a net. (Made shots can’t be recognized when going into a bare rim). Makes and misses are the most simple feature but also the most crucial. The app makes a “ka-ching” sound for each shot made — gamifying what is quite literally already a game. And while that might sound ridiculous to those of us who can still remember a more analog life, it may be more appealing for a key demographic for Siq, the youth.

“When you’re in your backyard shooting the basketball, I don’t know how many hours I spent as a kid doing that or how many shots I took,” Anderson told Input. “But now, a 13-year-old or a 10-year old can go out and track how many shots they took, how many were swishes, the release point, the shot speed. Those things actually translate a player’s game to the next level even more than most people realize.”

One thing Siq does not do is coach. It provides the raw statistics, but those numbers are then up for a player or coach to assess and use as a basis for changes to shooting form. The price point for Siq’s basketball and subscription service is much cheaper than the systems professional teams use, but it still may not be affordable for every family with a young hooper in the mix. Their coach, though, may be able to afford the investment more easily — and the sensors are actually capable of differentiating between numerous players shooting the same ball.

I was actually hesitant to have such robust data on my game, merely because I thought it would be embarrassing

Siq says the exterior of its ball is exactly the same as the ones not equipped with technology that we’re used to. On the hottest day of the year thus far in New York City, I tested Siq’s basketball and found no discernible difference in feeling compared to the Spalding TF-500 I normally play with and brought for side-by-side analysis.

I got up a mere 21 shots in the 96-degree heat, and the app told me I made 48 percent of them with an average release angle of 61 degrees. My average release speed was 1.68 seconds, while the ball’s average spin rate was 1.47. 19 of the 21 shots were made in a “relaxed” manner, i.e. not directly from a pass or off the dribble, while I attempted another two layups. My shot form was consistent on a scale of 8.3 out of 10 — which was the most encouraging data point of all.

Smart... with a purpose

Charging Siq’s basketball is not an issue, as its battery life is approximately 550 hours. In other words, it would take a full year of hooping for an hour and a half each day before the battery dies. With that much use, any basketball would wear out and need replacement. By opting for Siq’s $13 subscription, customers will receive a new ball every year without needing to buy a new one separately.

Anderson said he’s been encouraged by the number of former NBA players, a crowd notorious averse to technology and analytics in basketball, who’ve told him they love the smart basketball. And if a bluetooth-synced basketball still sounds superfluous, consider this — we’re already tracking our runs via apps, and Peloton brings analytics to at-home cycling. Is doing the same thing so crazy for hoops, especially for a child with dreams of playing in college or even professionally?

After getting my hands on Siq’s basketball, I certainly don’t think so. I was actually hesitant to have such robust data on my game, merely because I thought it would be embarrassing. But now that I’ve started getting advanced analytics for my shot, I’m eager to spend the summer adding a higher spin rate — professional players typically average three rotations per shot — and boost my success rate from a 48-percent figure that was already higher than I’d expected.