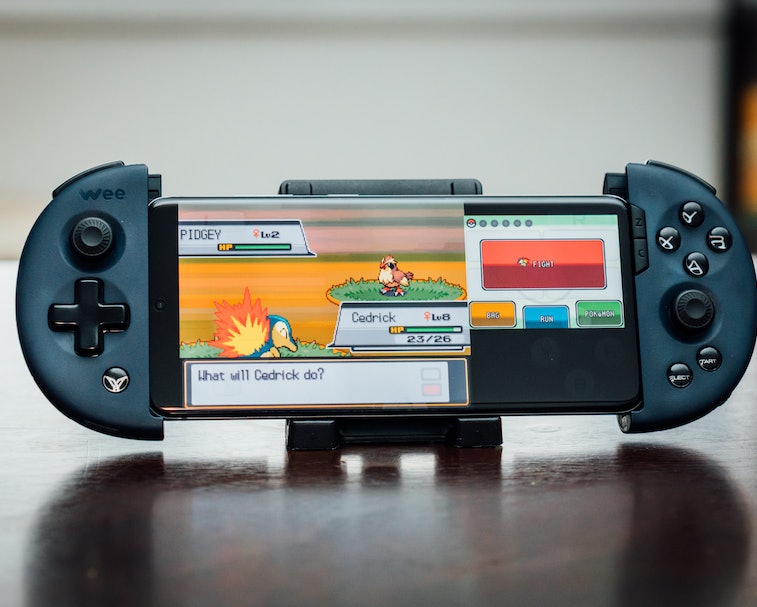 As much as I love my Nintendo Switch, I often find myself playing games on my phone. It’s got a much better screen, better battery life, and, not for nothing, I’m usually already holding it. But for all those benefits, the phone has one serious gaming flaw: it has no buttons, and it turns out that I really need those.

So for a long time I’ve hunted for the perfect smartphone controller for two purposes: emulating my favorite retro titles, and also doing some in-home game streaming with Steam. Finding the right controller was daunting, though, because these things aren’t cheap; they usually run in the $50 range, and it’s difficult to ascertain how good the buttons feel from pictures alone.

I needed guidance from the web, so I turned to one of my favorite spots, /r/EmulationOnAndroid. As a long-time lurker I knew that people generally recommend the Flydigi Wee 2T, but there are are some others that are frequently recommended:

Looking for a phone controller that's actually good and doesn't suck? The Wee 2T is that controller.

All of these controllers have their pros and cons, but Razer stands out as the most established brand on the list. I reached out to the company because I hadn't heard anything about either the Razer Kishi or the Junglecat in quite a while.

I like the Junglecat (pictured above) because it's so much like the Switch. You put your phone in a special case, then the controllers slide on just like Joy-Cons. It looks good. The problem, though, is that cases only exist for the Razer Phone 2, Huawei P30 Pro, Galaxy S10+, and the Galaxy Note 9.

When I asked Razer about support for the Galaxy S20 (which is what I have) a representative for the company told me that it is "open to bringing the technology to other handsets," but that it couldn't comment on whether any new cases were in development. Instead, the rep recommended the Razer Kishi, pictured below, which is slated for release in June.

The Kishi is a universal controller that connects directly with USB-C instead of Bluetooth. But if you look at that "telescoping" mechanism in the video below (skip to the 0:55 mark) you can see that it's janky. It looks... bad. You're going to look like a real dork putting your phone in the Kishi. The Junglecat, on the other hand, looks like a high-quality product for people who like nice things.

So, with Razer having left me no other option, I placed the order for the Wee 2T. It looks pretty cheap in pictures, but I am delighted to report that this controller is actually awesome and I should have bought it sooner. It’s not often that I buy a trinket on Amazon with this level of satisfaction.

First, let's talk about the telescoping mechanism: it's actually pretty good. There is plenty of tension in the spring to keep your phone nice and secure, but not so much that it's difficult to get your phone in there. Once it is, the Wee 2T feels like one cohesive handheld, and this definitely helps with immersion.

Speaking of immersion, the other great thing about using any physical controller with your phone is that you can turn off the on-screen controls. All those virtual analog sticks, direction pads, and buttons; they all get in the way. With the Wee 2T, I can finally just look at the game.

Now, the thing you’re probably dying to know about is how good the buttons are:

I only have a few criticisms of the Wee 2T. I wish that it would collapse a little bit smaller so that I could put my Galaxy S20 into it vertically, but the S20 is too small. On the flip side, it doesn’t work with overly large phones either from what I’ve read and, on Android at least, you have to install an app and switch the controller’s “mode” to “Classic” before it will work with most emulators and games. Classic Android stuff.

Other than that, the Wee 2T really surprised me. It’s a way better controller than I ever would have guessed. I played Gitaroo Man, Pokémon Heart Gold, Mario Kart, and Super Smash Bros. with it and they all handled like a dream. Maybe someday Razer will realize that the Junglecat is the superior product, but until then I'm pretty happy with the Wee 2T.