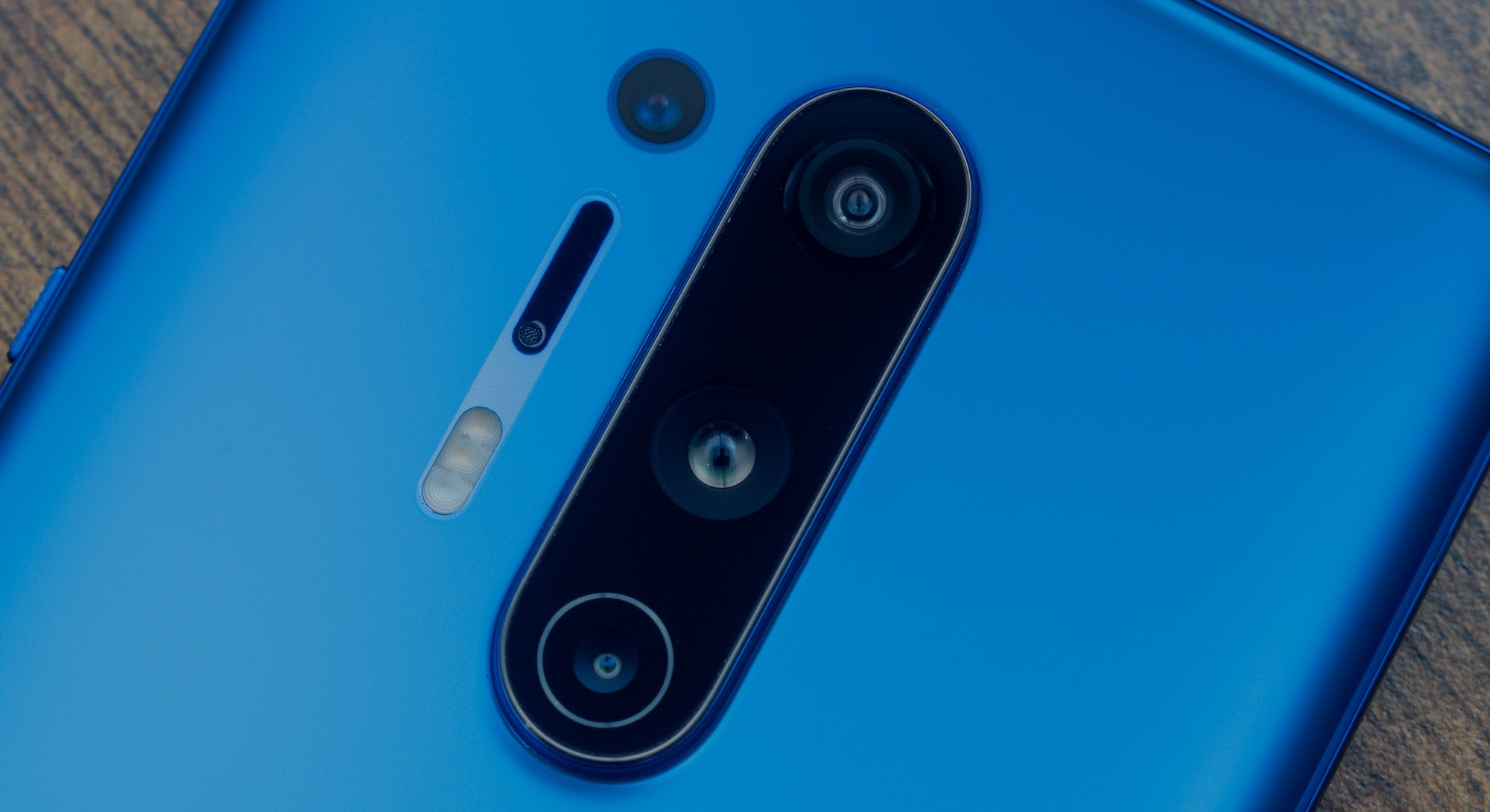 What if the OnePlus 8 Pro camera is actually the best on any Android phone you can buy in the U.S.?

A few weeks ago, when I was talking about how… not very good the Note 20 Ultra camera is, Ray, our reviews editor, mentioned that the OnePlus 8 Pro might have a better camera.

Like a true asshole, I dismissed the idea because of OnePlus’ history of shipping phones with cameras that aren’t bad, but aren’t great either. Well folks, I was delightfully wrong: The OnePlus 8 Pro camera is actually amazing.

OnePlus decided to upend this reputation by throwing raw sensor size and resolution at the problem with Sony’s IMX689 camera package. Its sensor measures 1/1.43 inches diagonally, or about 17 percent smaller than the Note 20 Ultra’s 1/1.3 inch sensor. It's also appreciably larger than the Galaxy S20’s 1/1.76 inch, 12-megapixel sensor.

The IMX689 is large, but it’s not Sony’s largest — that would be the 50 megapixel IMX700 in Huawei’s P40 series devices. Of course, to get that you would have to import a P40 and do some pretty high-level modding to get Google services onto it… and I might do that, but only because I love pain. It wouldn't be a sustainable daily driver.

Anyway, the the point is that the IMX689 is basically the best Sony smartphone sensor we can get here in the U.S. Why does that matter? Well, in order for smartphone photography to make a generational leap forward, there are five core factors to improve:

The Note 20 Ultra has a very large sensor, which allows for better low-light shots and more bokeh, and that sensor is very high resolution, which would seem like a win on paper. But the lens that Samsung put in front of that sensor just isn't very well engineered, creating ugly bokeh and soft details in some areas, notably food photography. Samsung then jacks up the sharpening and clarity, which exacerbates HDR artifacts, which we'll get to in a moment. The company also had some problems with the autofocus performance on the S20 Ultra (which uses the same camera as the Note 20 Ultra), but it mostly fixed that problem by adding laser autofocus.

As you can see, there are a cascade of second-order effects that arise from simply jacking up sensor size and resolution, and Samsung's flagship phones definitely suffer for it.

So, when I realized that the OnePlus 8 Pro's main camera is not the same 48-megapixel module from the OnePlus 7T and is, in fact, a chunky boi that could rival the Note 20 Ultra, I couldn't wait to get my hands on it. Here's what I found:

Before we get lost in the details, it's important to keep in mind the goal of a smartphone camera; it needs to be versatile enough to handle all kinds of photography (and video) tasks. So I tried to mix up the shots I took on the OnePlus 8 Pro with scenes that range from architecture to pets to landscapes, and more.

Above we can see that OnePlus' HDR is giving us a nice, relatively natural-looking architecture shot. You can also see a variation on this same scene but in Pro mode (also at 48 megapixels) which has less HDR processing. Both look good.

In this picture of my friend's dog Alaska (so cute!), we can spot some mighty detail in her fur. There is some highlight clipping where the sun is hitting her right side, but considering it was mid-day, I think the exposure is controlled well. The camera takes about a second to shoot a 48 megapixel photo (in Auto, with HDR enabled), so if you have quick-moving children or pets, I would stick with 12 megapixel shots.

I'm going to demonstrate a couple of landscape shots with a lot of foliage, since that's what the Note 20 Ultra struggled with in my last piece. Here we can see a lot of fine detail captured in the grass, and the bright sky has been rescued by the HDR algorithm.

That said, 48 megapixel shots do exhibit some of the same textural artifacts as the Note 20 Ultra when you zoom in 100 percent. This version of it, whatever it is, looks better to me than what I was seeing with the Note 20 Ultra, and that's probably just because Samsung is also pushing the saturation, clarity, and sharpening, which only exacerbates the effect.

Another foliage-heavy landscape shot. This is a tough one because there's a lot of contrast in the scene. Let's zoom in again to see the HDR effect.

Oof, not the best. To its credit, though, OnePlus has specifically called out that it needs to improve its HDR algorithm in the past, and even though Samsung says that it listens to user feedback, every new Galaxy and Note device seems to come with heavier and heavier image processing.

This is a picture that's completely impossible on the Note 20 Ultra. I had the OnePlus 8 Pro maybe 2-4 inches away from this flower and the honey bee, and not only did the camera have no problems focusing, but the areas just outside of focus look basically fine. Not as good a DSLR, but miles better than the ugly bokeh that comes out of the Note 20 Ultra.

Here we see a picture of my friend Ben Jackson and Alaska. This is a very common shot — a candid of someone standing a few feet away — and the OnePlus nailed it, even in 48 megapixel mode. There's a lot of detail, the colors look good, and yes, the HDR algorithm is trying a bit too hard to rescue the sky, but I still think this is a pretty good "portrait" shot.

OnePlus really did its customers a solid by releasing the OnePlus 8 Pro with such a high quality ultrawide camera. The company used the main sensor from the OnePlus 7T and put it behind an ultrawide lens, and the results are very good. Now, shots from the ultrawide camera do tend to look a little more processed, and I think that's because OnePlus' camera algorithm is trying to control the exposure of the sky, which there is simply far more of because of the ultrawide's extended field of view. It's not terrible, it's just a little more pronounced than I'd like.

The detail here is just fantastic. Again, just a bit more of an HDR look than I would prefer, but it does look good.

Here we have a night shot from Times Square in New York. The details are a little mushy, no doubt, but it's pretty good. It would be better to use a wide-angle conversion lens on the main camera, but Moment stopped producing cases for OnePlus phones with the OnePlus 7 Pro.

The telephoto camera is where OnePlus compromised, but the camera isn't terrible. Above we see a shot I took with a modded version of Google's camera app, or Gcam. All of these samples are from Gcam, actually, because OnePlus' built-in processing isn't great on the telephoto lens.

Gcam's HDR algorithm really pairs well with the OnePlus 8 Pro's telephoto camera because it tends to reinforce fine details that you might otherwise lose because of hand shake, even if most of that is handled by the optical image stabilization. It squeezes out just a little bit more crispness with its multi-frame HDR.

You can tune a lot of parameters in modded versions of Gcam, but I like the dark-and-stormy exposure that I get out of the default settings. Very moody.

I love the RAWs that come out of the OnePlus 8 Pro; they just process so well in Lightroom. The first image of the yellow flowers at the top of this piece is an edited RAW, as is the the picture above. For those unfamiliar, RAW pictures are pretty much just a full dump of what the sensor sees. When your phones takes a JPEG, it's throwing away some of the data to keep file sizes low, which is probably a good thing because the OnePlus 8 Pro's RAWs weigh in at around 23 megabytes a piece.

The great thing about RAW images is that they look the most "normal" — if you're used to a DSLR, that is. And because there's so much more data, it allows you do a lot more editing after the fact.

I am very impressed with the OnePlus 8 Pro camera system. It's versatile, and Sony's execution of a large, high-resolution camera module is straight up way better than Samsung's. There are some things I'd like to see from OnePlus' next "Pro" phone:

Otherwise: OnePlus, you nailed it.