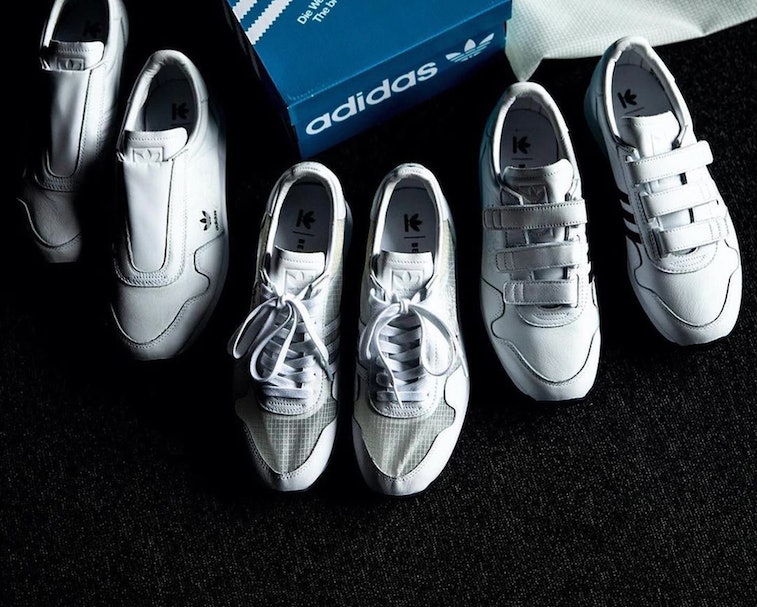 Adidas is celebrating the Olympics with a throwback, debuting a lineup of retro models from the 1984 Los Angeles Games — the same year it debuted its Forum sneaker and its iconic “Spirit of the Games” campaign. And to help honor the 2021 Tokyo Olympics, as well as Adidas’ glory days, Japanese retailer BEAMS has lent a hand in remixing the ‘80s sneakers.

With the 1984 Games also marking Adidas’ first year as an Olympic sponsor, the brand went all out on its thematic designs to commemorate (and cash in on) the occasion. After all, the ‘80s were the era for Americana, Bruce Springsteen, and national pride — which the last few years have sorely missed. Still, consumers do love a good retro runner, and Adidas will likely be able to profit off its ‘80s style if nothing else.

Imma take your grandpa’s style — The highlight of the brand’s retro Olympic capsule — both today and when it debuted in 1984 — is its “Spirit of the Games” running sneaker. Once offered as a low and mid-top model, the shoe’s sleek, minimalist design resembles Adidas’ classic ZX silhouettes, and remains loyal to its original makeup, save for a few updates. BEAMS has helped rework the orthopedic-looking sneaker into a chic iteration that claims: “I’m not a regular grandpa, I’m a cool grandpa.”

All opting for white leather designs, BEAMS’ three Spirit of the Games sneakers offer a variety of looks including regular laces, no laces, and velcro straps — each of which could be styled handsomely with say, a velour tracksuit or chinos. But BEAMS has modeled its reworked Adidas kicks with pinstripe slacks, ‘80s-style jeans, and extra-long shorts, doubling down on its cool grandpa look.

To honor the “Spirit of the Games,” each sneaker bears its namesake written out on its lateral side, though a tonal finish makes the detail barely noticeable. Should you rock these shoes out post-Olympics, we doubt anyone would call you out on their theme; rather, they’d be mesmerized by their retro makeup.

Worthy of international shipping — Regardless if you’re rooting for America, Japan, or just using the Olympics as an excuse to party, these shoes offer a dapper way to celebrate the occasion. All three Spirit of the Games sneakers are now available on BEAMS’ Japan website, though you’ll have to hire a proxy service to attain them — unless you’ve got connections at the Tokyo Olympic Village.