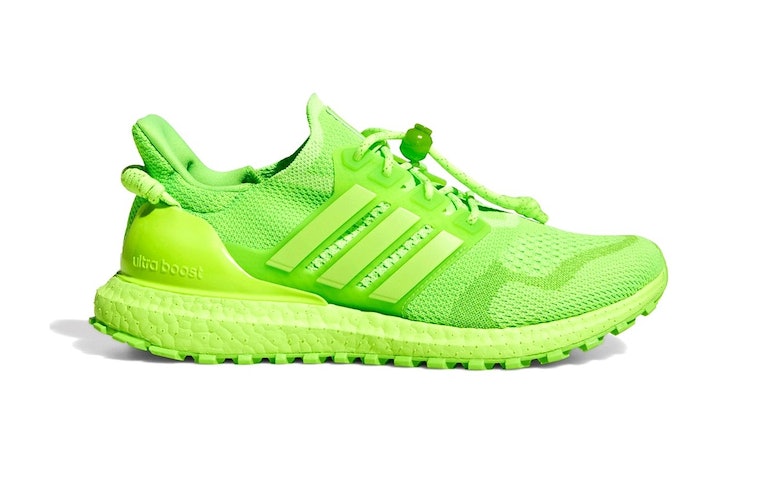 After almost two years in partnership, Ivy Park and Adidas are still rolling out collaborations. Following an athletic collection with Peloton, Beyonce’s Ivy Park is dipping its toes in footwear once again with another Adidas UltraBoost Just in time for the holidays, the duo is presenting the silhouette in a Grinchy, electric green color.

By way of official images, we see the shoe adopts a powerful shade similar to ol’ Ye’s “Glow Green” seen on a pair of Yeezy slides. However, the slime color more closely resembles a brighter counterpart to the “Hi-Res Yellow” Ivy Park UltraBoost that dropped about a year ago.

A gift for anyone in the hive — As we’ve seen with previous Ivy Park renditions of the model, its primary physical components, including the PrimeKnit uppers, Boost midsole, and Continental treading, all pretty much remain the same. It’s now just dressed for the holidays in the electric shade. There is some contrast, though, as the tone switches between darker and lighter hues on the toe boxes, heels, and cages. A toggle clasp on the laces, which are hiking-inspired, and a heel loop made of a coiled shoelace are two details pitched by Queen Bey herself to provide a more secure, functional fit.

To finish off, Ivy Park branding revisits the tongues and insoles, the former coming in the form of a leather patch that interrupts the PrimeKnit. Adidas takes the cake on the heel embossment, as it seems the duo switches off on this branding placement. For those who were (maybe too) loyal to neutral, Earth-toned footwear in 2021, it could be a good thing to kickstart a fashion-risk New Year’s resolution with this one.

More likely than not, the sneaker is accompanied by some form of apparel. Taking cues from previous releases, Ivy Park probably has plans for some type of athletic set that complements the shoe’s louder color palette.

The Ivy Park x Adidas UltraBoost in “Electric Green” will see a pre-Christmas release on December 10th. The retail price sits at $200 and it can be found on the usual Adidas site and select retailers.