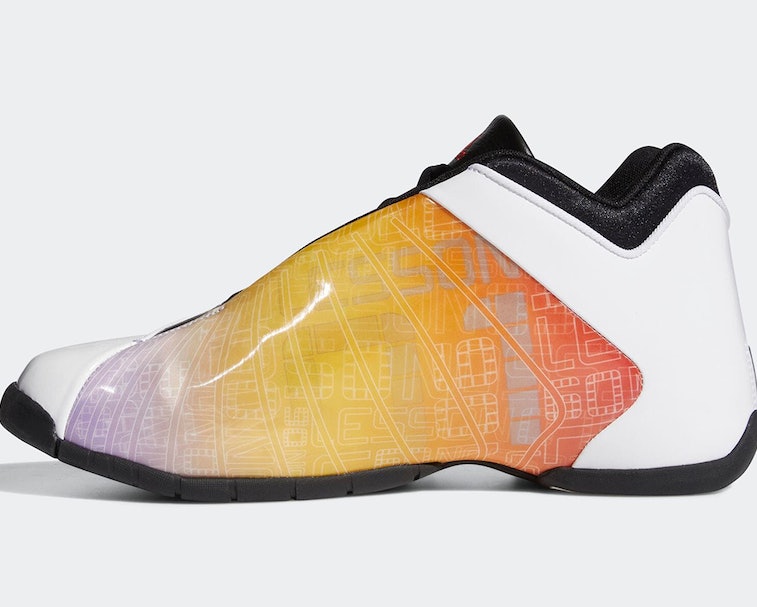 The Adidas T-Mac 3 is returning to stores for the first time in four years. Arguably the most iconic of Tracy McGrady’s signature line from the early ’00s, the T-Mac 3 is made out of a shiny patent leather split into to distinct halves on the upper. It’s the model McGrady famously wore in mismatching red and blue at the 2004 NBA All-Star game — an iconic footwear moment that would inspire countless sneakerheads to copy the look.

For its revival, the T-Mac 3 is being released in a brand new “Lesson” color scheme inspired by McGrady’s Adidas commercials with the same tagline. In “Lesson 1,” soundtracked by the Clipse and Birdman, McGrady shows off his high-flying dunks that made him one of the most thrilling players of the era and says that it doesn’t matter how many points he scores as long as his team gets the win. “Lesson 2” showcases McGrady’s broader range of skills, with him assuring anyone worried about young players coming to the NBA without an education that he’ll “take them to school.”

Viewed from the lateral side, the new T-Mac 3 looks like a relatively plain, Stormtrooper-esque white sneaker. The medial side, however, reveals a colorful gradient with an all-over digital “Lesson” print. The purple, yellow, orange, and red are dazzling.

A serious throwback — The revived T-Mac 3 should be all but a must-cop for sneakerheads and basketball fans alike, especially those who were around when McGrady was playing. And for younger sneakerheads, the kicks provide a bit of a history lesson; hopefully they’ll learn just how great McGrady was in his prime.

The T-Mac 3 drops November 1 and will be widely available. In addition to Adidas, retailers including Foot Locker, Finish Line, and Eastbay are all getting stock. So expect another blast from the past: not setting yourself up for an L.