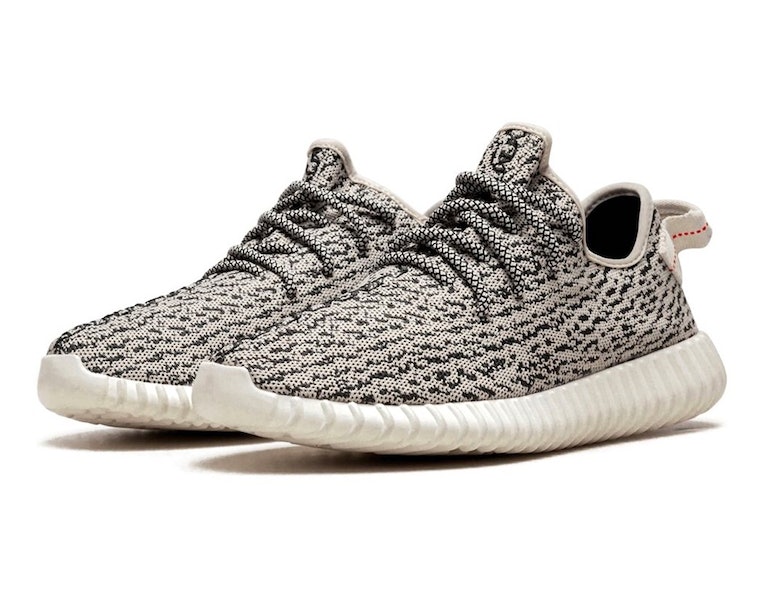 Yeezy is keeping the public fed and satisfied with regular new releases, but it’s also got some tricks up its sleeve for the early Yeezy fans. Joining in on restocks of some of the most coveted sneakers, including the the Yeezy Boost 700 “Waverunner,” will be one of the very first sneakers Adidas ever released with Kanye West, the Yeezy Boost 350 “Turtle Dove.”

The one that started it all — As one of four original Yeezy Boost 350 sneakers, the “Turtle Dove” iteration features a speckled black, beige, and gray Primeknit upper. The spotted design is meant to resemble its namesake animal, but I’ll let you be the judge on any similarities there. Laces are given a patterned treatment as well, along with red-stitched heel tabs and full white TPU Boost sole units.

On the topic of 350s, the brand is also rereleasing two more V2 silhouettes this year. The first is the 2020 “Cinder Reflective,” a monochromatic sneaker with charcoal gray uppers and soles and a reflective stripe running through the body. A global rerelease of the 2019 “Hyperspace” V2 also appears to be in the works, according to Yeezy Influence. The sneaker is decked in light blue uppers and a tan stripe, sitting on slightly translucent green and tan BOOST soles.

The 350’s low-top, sock-like silhouette is what really plunged the Adidas Yeezy line into sneaker royalty when it first released in 2016. There are now multitudes of 350s on the market, broken into V2 and V3 subcategories. Each draws similarities from the original, which was only released in four versions: “Turtle Dove,” “Pirate Black,” “Moonrock,” and “Oxford Tan.”

Yeezy itself hasn’t confirmed the “Turtle Dove” sneaker’s return from retirement, but Yeezy source @yeezymic posted a closeup of the shoe’s upper and lace holes with a single “100%” caption, which has many sneakerheads on the edge of their seats. The “Hyperspace” and “Cinder Reflective” comebacks are also slated for this year, so there’ll be no shortage of possible additions to your Yeezy rotation in 2022.