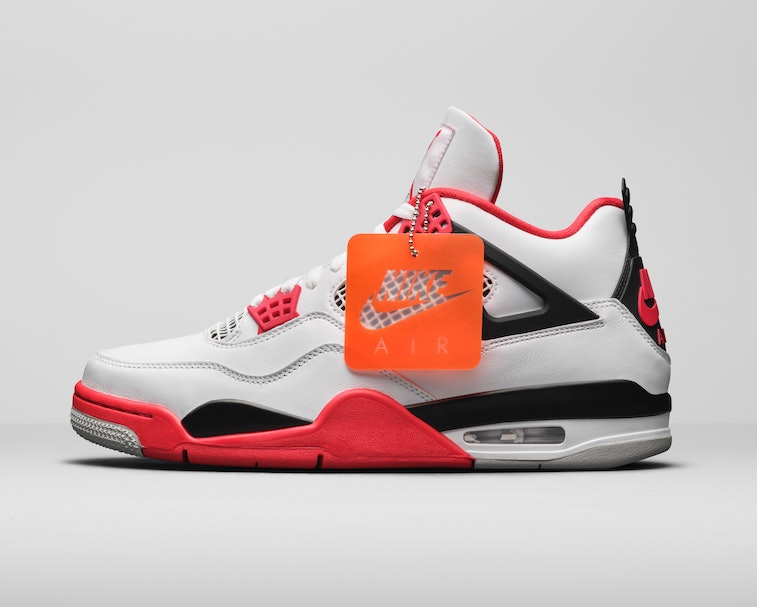 Believe it or not, after the year we've all had, the holiday season is just around the corner now. And that means brands are ready to take full advantage of the precious world of consumerism. This is great news for sneakerheads and hypebeasts, who will have plenty of shoe and apparel options to choose from during the shopping-loaded months of November and December. With that in mind, Jordan Brand has revealed its Holiday 2020 Retro Footwear Collection, which it says is designed to combine "rich history with high-tech construction to boldly connect the past to the future."

AJ1s for days, and an OG returns — The lineup features four different versions of one of Nike's most iconic silhouettes, the Air Jordan 1, including another gem from 2001 that's part of the "CO.JP" series (aka the "Midnight Navy"), a women's exclusive "Lucky Green" style inspired Michael Jordan's 63-point game against the Boston Celtics in 1986, and a "Dark Mocha" iteration that's reminiscent of the Travis Scott AJ1 collab. Additionally, Jordan Brand is bringing back the "Fire Red" Air Jordan 4 (pictured above), a classic OG sneaker that was last released in 2012.

For the uninitiated, an "OG retro" refers to colors of different models Jordan himself wore as an NBA player. That's what makes pairs like the Air Jordan 1 "Chicago" and the upcoming 2020 Air Jordan 4 Fire Red so coveted (and appreciated) by sneaker enthusiasts. You have to remember that many of these Jordan shoes came out in the 1980s, too, and it's an incredible feat that they've been able to maintain their cool factor decades later.

Old, with a twist – Naturally, since Jordan Brand said its 2020 holiday capsule is also about what's next, there are styles like the black-and-gold patent leather Air Jordan 1 that have been revamped with a new high-top design — which follows a mid-top release of the same color scheme from 2003 and, before that, a Friends and Family pair from the 1980s. This is going to be a hit for people who love wearing suits with their Js.

Along with that patent leather AJ1, and the Fire Reds, there's another Air Jordan 4 in the mix. This pair, which won't be launching in North America, has a quilt-like patchwork look that's covered in canvas and twill materials. The Air Jordan 5 "What The," meanwhile," is essentially a mashup of Jordan Brand's AJ5 greatest hits, such as the "Shanghai," Tokyo," "Raging Bull," and "Green Bean" colors. Just to give you an idea of how coveted some of these models were, the Tokyo AJ5 is selling for as much as $7,000 on the secondary market right now.

Jordan Brand hasn't announced when each pair will drop specifically, but expect them to start hitting Nike's SNKRS app and select retailers in the coming weeks. For now, here's a look at some of the highlights, and head over to Jordan's blog post if you want to check out the full collection.