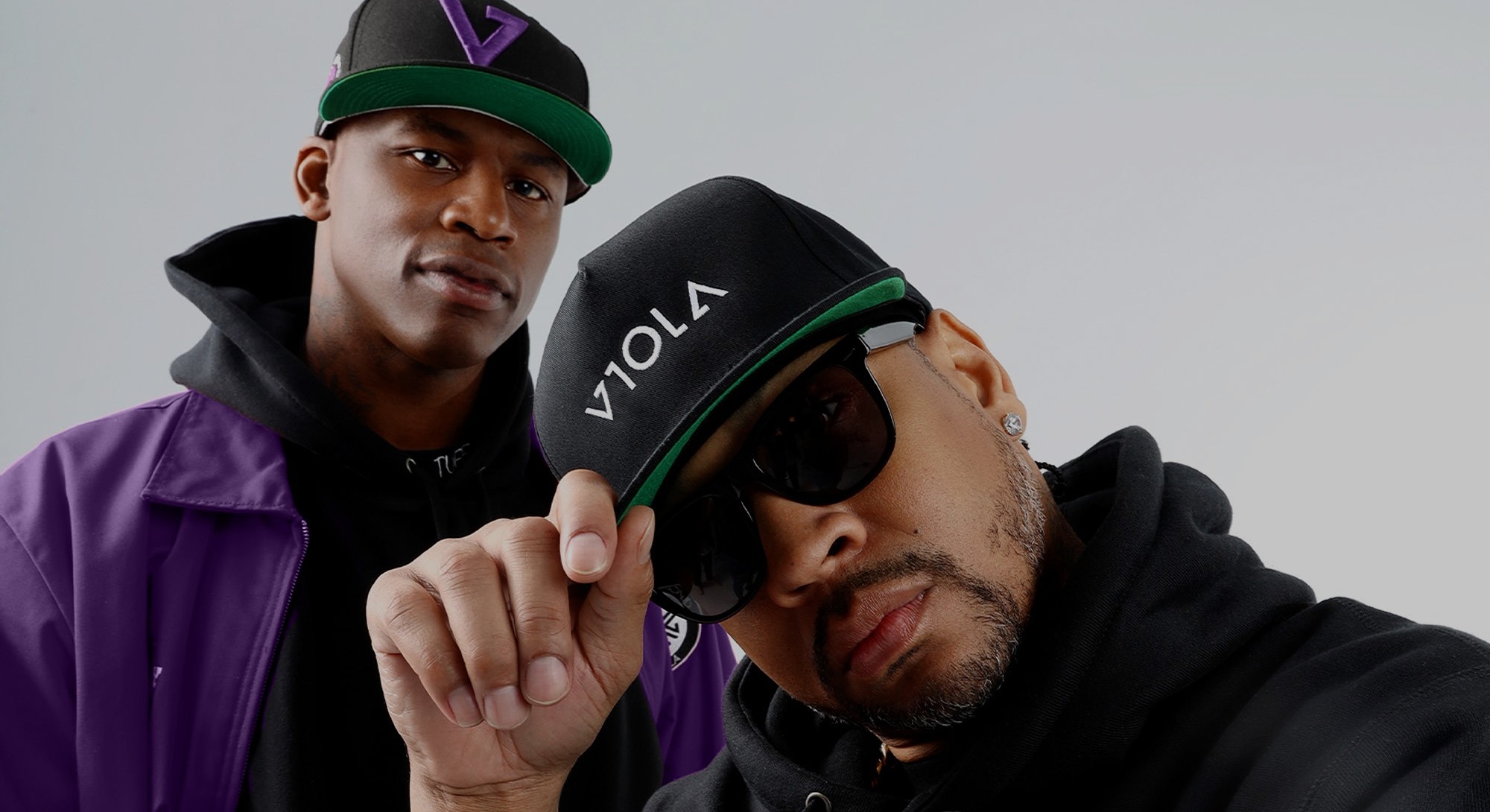 Allen Iverson and Al Harrington entered the NBA just two years apart in the late ‘90s, but in the marijuana industry, one is a rookie and the other a seasoned veteran.

The two former players are friends and now business partners through Harrington’s 10-year-old cannabis company, Viola. Today, the brand is releasing a new strain called ‘96, which is named after the year Iverson was drafted and marks the first strain he can call his own.

The flower dedicated to one of the NBA’s most iconic players on and off the court is on sale exclusively in Los Angeles through the dispensary Elevate. To commemorate the occasion, Iverson and Harrington hopped on the phone to discuss the ‘96 strain, marijuana use in the NBA, and the importance of black entrepreneurs for a product that’s historically led to the disproportionate incarceration of black men.

In the lead-up to the launch of ‘96, you two have been quite candid in interviews about using marijuana during your career as well as outside of it. How refreshing has it been to be able to be so open now?

Harrington: It’s a lot different than 10 years ago when we first started. It wasn’t the most popular thing, but now everyone is trying to figure out how to get into the industry. It feels good to be able to talk about something that was once considered risky.

What do you feel like you’ve learned most over the past 10 years working in cannabis?

Harrington: Oh man, it feels like dog years. I’ve learned everything and I continue to learn. We see this as a tremendous opportunity in front of us to not only figure out how we can benefit from it, but also be able to give people of color the opportunity to benefit from something that they used to literally lock our people up for.

Eighty-five percent of drug arrests in the black community for the last 30 years have been cannabis-related. You look at a place like New York where it’s recently been decriminalized and arrests are down 95 percent in the community.

What can you yourselves and the industry as a whole do to make sure more Black people are benefiting now that it’s legalized?

Harrington: We just want to continue to create equitable opportunity. I think this collaboration with Allen is going to raise awareness of the industry.

Going to Allen, have you had the chance to try your strain yet?

Iverson: No, not yet. Tonight’s the night. I’m looking forward to it. I’ve heard a lot of positive things about it, and Al has been educating me more and more each day. I’m definitely a rookie at this whole thing, so I’m trying to learn as much as I can and also educate my family and the people that I’m surrounded by.

Your name has such cache because of your career itself, but also the way that you played and your style off the court. Do you expect your strain to immediately have the same sort of cache because of that?

Iverson: That’s definitely in the plan. I hope so. I hope everyone enjoys it. We want it to be the best thing out, and we’re anticipating a great response.

How would you measure that quality?

Harrington: We qualify that by letting the streets tell us. We have our own personal palate, but our customer base is going to be the one to tell us. We’ve been able to seed it for the past two months, and we’ve gotten some great reviews.

It’s a hybrid strain. It tests between 34 and 36 percent THC. It’s definitely heavy. To Allen’s point that he’s a rookie, that’s why we call it the ‘96. When he came into the league in 1996 he was disruptive and changed the game forever. So when we think about quality, we’re trying to make sure that anything is affiliated with his name and the Viola brand is super high quality.

Tying back to your discussions about smoking as a player, what do you see as the benefits of marijuana for a pro athlete?

Harrington: There’s the medicinal side. It’s an anti-inflammatory, it helps players that deal with anxiety and all sorts of pressures. A lot of times our only outlet is liquor or pharmaceuticals. We’ve all seen how harmful those can be, and we see cannabis as an alternative way to medicate and take care of themselves.

We need to take a look and say it’s a plant it’s grown without all the bullshit. It’s been able to help a lot of athletes. We know for a fact that 85 percent of the NBA currently uses cannabis in one shape or form.

Have you talked with current players about their use and desires for cannabis?

Harrington: A lot of them reach out. Now a lot of them are reaching out saying they want that Iverson pack [laughs]. They all want to try it, but they’re also fascinated with it from a business standpoint.

Did you guys have experience smoking with your teammates as well?

Iverson: Yeah, it was mostly in the summertime when we hung out. My experience came mostly during my rookie season. That was when I smoked the most, but eventually I stopped. But yeah, I smoked with my teammates all the time.

Why did you stop?

Iverson: I got ahold of something too strong one time?

Was that the time you smoked hash with The Notorious B.I.G. and Puff and had a bad time?

Iverson: There you go my brother.

I have some friends who only smoke hash for the most part, and I don’t know how they do it.

So you haven’t graduated in intensity?

Iverson: Nah, I don’t smoke much. Tonight will be the first time in a long, long time.

Harrington: I’m looking forward to getting Allen to try it for the first time. One of the things we set to do for him was find a strain that tastes like champagne. We wanted that Dom P. [Iverson laughs] It has a grape-y taste, and we’re really excited for him to try it.