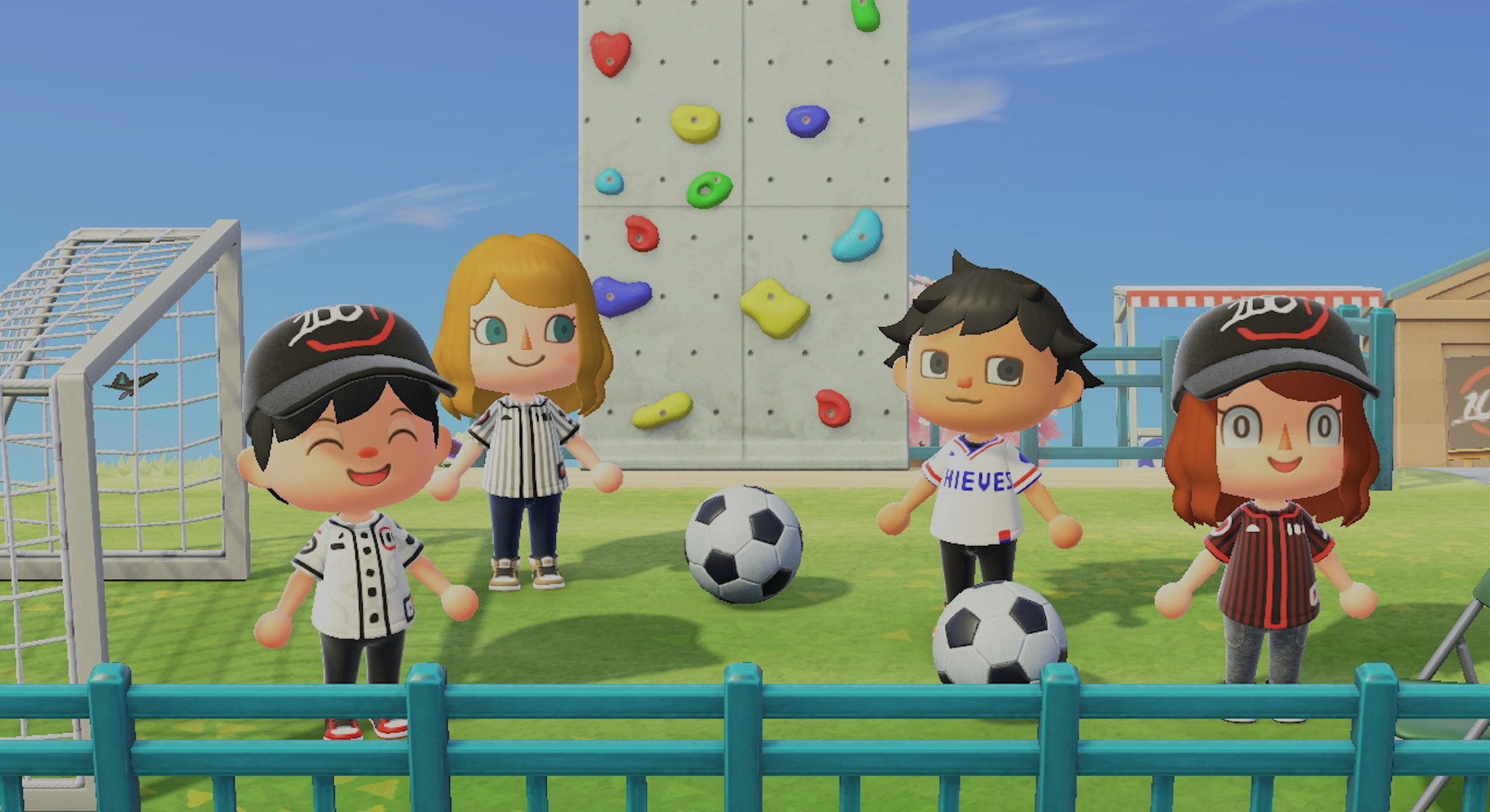 On April 6, 100 Thieves released every single piece of clothing it’s made for free. The clothing brand is part of a wider gaming organization founded in 2017 by Matthew “Nadeshot” Haag, the former Call of Duty captain for OpTic Gaming and 2014 esports Athlete of the Year.

The release was intended as a gift to fans who’ve shown support over the years and served as a small treat while masses of people are socially distancing because of the COVID-19 epidemic. And the medium was perfect for the gaming-inspired apparel — all of it released for players to wear within Animal Crossing: New Horizons.

ACNH is the fifth title in the Animal Crossing franchise and couldn’t have arrived at a better time. Its March 20 launch came after Americans had already been socially distancing for weeks, providing a highly anticipated gaming escape for gamers that didn’t know just how much they’d need it. This timing also led to another surprise: the emergence of Animal Crossing as a hit for the fashion crowd.

Not only has it become a channel of sartorial expression for players; it’s also emerged as a way for clothing brands to promote their own designs. In addition to 100 Thieves, Highsnobiety also shared free download codes for its in-house Inner Life collection. As technology has been a saving grace for socializing in these times, a video game emerges as a surprising source of inspiration for fashion companies and consumers alike.

Widespread customization has always been one of the key features of Animal Crossing. Players can change their avatar’s appearance and have full control over their homes, from the wallpaper and flooring to furnishing. The creative avenue also extends to clothing, which is being celebrated now more than ever. One of the milder effects of the coronavirus epidemic has been a complete disruption of the act of getting dressed in real life. What’s the point of dressing your best when there’s nowhere to go but your home and the occasional supply run? And who can resist a strengthened focus on comfort, making sweatpants and its ilk the new daily norm?

All those fits that people are no longer getting off in real life have transitioned into Animal Crossing. In-game customization goes far beyond simply choosing a color for pre-ordained items of clothing. Players can create their own highly detailed, albeit pixelated apparel within the game itself or using third-party applications. This has resulted in some of the most fashion-forward players recreating real-life items from some of their favorite brands.

@AnimalCrossingFashionArchive, a self-explanatory Instagram page created by the artist and musician Kara Chung, has emerged as just one of the many places online for players to document their creations. A scroll through the page reveals fan-made items from brands including Gucci, Chanel, Acne Studios, Jacquemus, Supreme, Noah, and many more. One player’s outfit features a black and red 032c hat with a green striped Raf Simons shirt featuring a large photograph of an old woman from Spring 2017.

The photo is attributed to @mkphm, an Instagram account that’s equally stylish and features its creator wearing a mix of high-end brands like Marine Serr and Balenciaga, as well as streetwear offerings from Pleasures and Stray Rats. The Seattle woman behind it, who wished only to go by Mk, says she’s spent hours on her designs, which have also included pieces from Misbhv, Stussy, Off-White, as well as her own brand, Ping Pong. Mk told Input in an interview she was working on a recreation of Supreme’s floral fleece from FW16 — tackling it for 30 minutes at a time before taking breaks and coming back to it.

“Thanks to [Animal Crossing] we can still show our personal taste and share with friends on social media,” Mk says. “We can inspire each other to create and put outfits together just like in real life.”

Din Mrini, a 22-year-old from Brooklyn, hasn’t created any clothing herself but has been voraciously searching for and downloading designs from other players. She follows the r/AnimalCrossing and r/HorizonDesigns subreddits and keeps a column for the #ACNHPatterns hashtag on her third-party Twitter app. She also says her TikTok feed is now “almost exclusively Animal Crossing and some mentally ill girl.” Some of her favorite user-generated clothing includes a look from Creepyyeha, which makes BDSM-inspired lingerie sets, and a Burberry coat.

“In the age of COVID,” Mrini says, “Where I’ve just been wearing Supreme shirts and sweatpants, it’s been very nice to play around with feeling stylish and conventionally attractive online.” When asked if she doesn’t feel stylish in Supreme shirts, Mrini said, “It’s not on-brand.”

What began as an idea for an April Fool’s joke turned into the launch of every piece 100 Thieves has ever made as a gift to its community.

Even 100 Thieves’ official release began with a fan-made initiative. After seeing players recreate some of its apparel within the game, the brand decided to release more designs itself. Anna Hongo, a marketing coordinator for 100 Thieves, says she was surprised to see their gear on Animal Crossing because they usually cater more toward first-person shooter games.

What began as an idea for an April Fool’s joke turned into the launch of every piece 100 Thieves has ever made as a gift to its community. The beauty of internet virality, which Animal Crossing has been experiencing since it was launched, is that it can sometimes lead to something much larger: ACNH is now fashion.

To recreate its clothing, 100 Thieves commissioned two designers from outside the company, one of whom had already made some of the brand’s pieces on her own. They were able to finish all the designs within a week and returned half of them in just a day. Upon release, the collection received coverage from style outlets like Hypebeast, as well as the tech and gaming space.

“It’s fun to be able to provide for our fans,” Hongo says. “I definitely use the game to vicariously live through my character and have little social gatherings within the game because we can’t see each other. It’s been a really funny but weird way to cope with how this whole thing is going down.”

Given the coronavirus’ effect on the economy, it either feels bad to shop or is no longer financially viable. Whether it’s through official releases like 100 Thieves or dedicated amateurs, these custom designs provide a way to still engage with clothing without spending money. Mrini, who’s been out of work and hasn’t shopped during the epidemic, says she’s also using Animal Crossing as sort of a mood board for when she can buy clothes again.

Eventually, she hopes to buy the pieces she first saw in-game. That alone should be motivation for other brands to start following suit. Animal Crossing is the center of the fashion world right now.