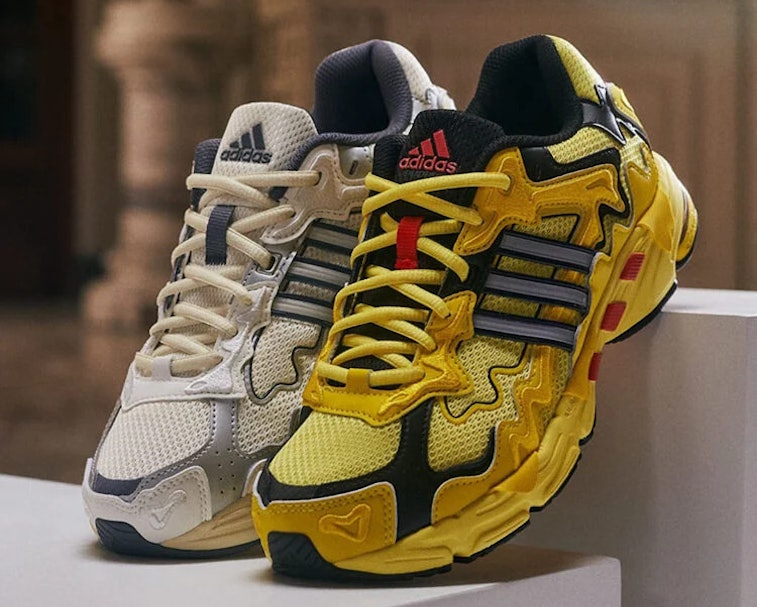 May we be the first to say happy birthday, Benito. As Bad Bunny’s 28th quickly approaches, on March 10, so does the release of both pairs of his upcoming Adidas Response CL sneakers.

Though the first ice cream-themed Bad Bunny sneaker, a colorful ZX 8000, surfaced last year alongside an accompanying white pair of Response CLs, Adidas kept any drop information under wraps. The reggaetonero then wore the yellow version of the RCLs on stage during a show in California this week, spiking fans’ curiosity about when they could get their hands on the collab.

No-bunny does it better — Benito has no issue with pushing the boundaries of his personal wardrobe, but he did aim to please his audience with two sneakers on opposite ends of the color spectrum. One is completely neutral and most dad shoe-like with shades of cream, silver, beige and black. The other is sunshine all around, adopting a Pikachu-esque color scheme of yellow, red, and black.

As a man known for his eccentric fashion, he brought his style to life by revamping the sneaker silhouette with “melting” leather and wavy overlays. Each comes packaged in a special-edition box complete with Bad Bunny’s “El Ojo” (eye) motifs. His Adidas collabs, with Easter Egg motifs and coffee innuendos, have all been representative of the kind of guy he is beyond the glamor, a kid at heart who lives by the phrase “me pongo lo que quiera” (I’ll wear what I want).

Hop to it — Those catching the last leg of his El Ultimo Tour Del Mundo tour may be able to secure a pair to wear to a show as the kicks release next Thursday. To buy one or both pairs of the chunky papi (dad) shoes, download the Adidas Confirmed app. The draw is now open and the kicks will officially drop on March 10 with an accompanying price tag of $160. It’s his birthday, he can charge if he wants to.