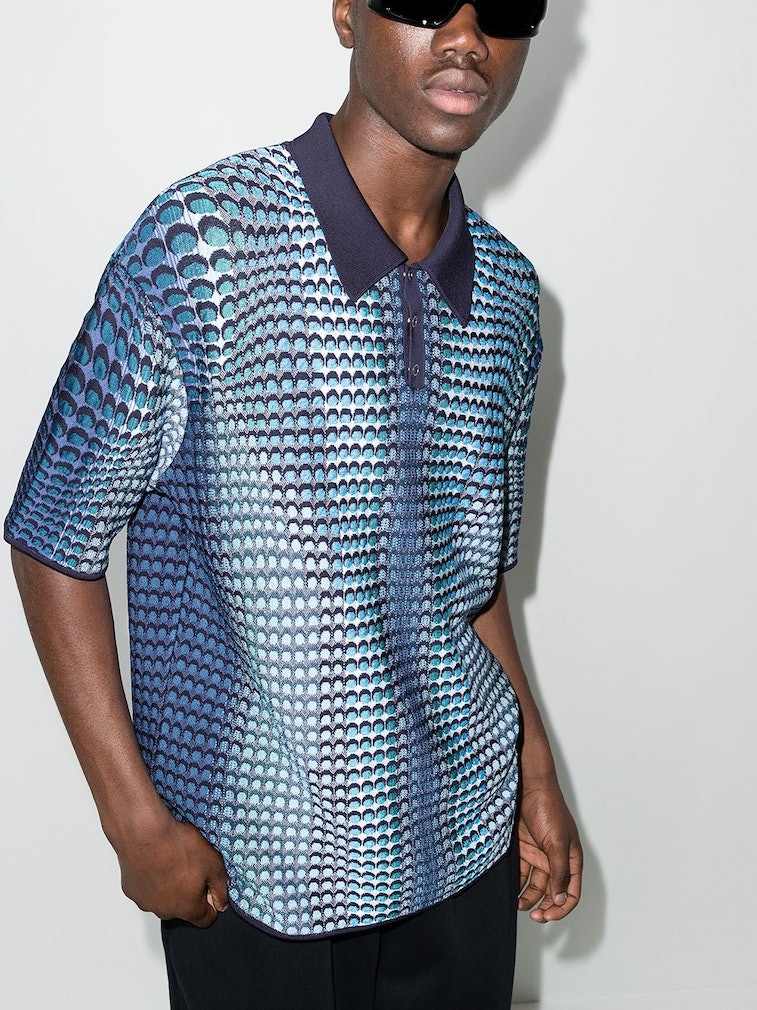 Surely, now that we’re more than a year removed from the beginning of the pandemic, you’ve had your fill of T-shirts. Collars have been superfluous for a full 365+, but now that socializing is becoming more feasible and responsible again it’s time to consider a move away from the comfort blanket that is a tee.

Polo shirts, which were invented by René Lacoste in 1926 during his tennis career, have enjoyed a long reign as a great summer ‘tweener. Not quite stuffy and not quite casual, it’s a shirt that can be worn to country clubs, kickbacks, and everything in between. And when the masses have pivoted hard to streetwear, looking handsome from a change is a great way to stand out from all the graphic T-shirts in the crowd.

To get you looking like your more dapper self, we’ve put together 10 of our favorite polos you can buy right now. Whether you want to go full prep or subvert the norms with the help of the likes of Raf Simons, there’s truly a polo for every man.

While polos are typically made of loose-knit piquè cotton, an even looser knit helps it take on the qualities of your favorite sweater without overheating. Noah’s been making them for two summers now — and it’s become one of the brand’s best cases for embracing prep.

While more expensive by Uniqlo’s standards, this silk-blend polo made in collaboration with Jil Sander is still the best deal you can find around.

Leave it to Raf to figure out how to make the polo punk. The Belgian designer has long been collaborating with Fred Perry, and this spray paint effect checkerboard is one of our favorite pieces born from the two yet.

Tombolo has mastered the summer shirt game, from camp collars to two-tone terrycloth that demands you forget all about buttons on a polo.

This Casablanca polo features the same pattern from the tongue of its most recent New Balance collaboration, and somehow it’s also right around the same price. For once, Casablanca’s prime summer apparel doesn’t have to break the bank.

Rowing Blazers has thrown its Zig-Zag stripes on trousers, sweats, socks, watch bands, and even sneakers — and somehow it works every time. The new polo for the brand’s SS21 collection is no exception.

Yet another terrycloth polo worth your attention — and a much better alternative to the athletic makeups for moisture-wicking.

One of Japan’s early progenitors of prep isn’t afraid of breaking the rules with striping that’s more far-out than fratty.

Thom Browne’s red-white-and-blue Mod striping is a modern classic, but it’s even more of a flex to keep it to yourself tucked inside the collar. Instead, what makes this polo stand out is a whopping five-button collar.

If The Rainbow Fish were a shirt, this would be it — and we can’t blame you if you want to share precisely none of your scales.