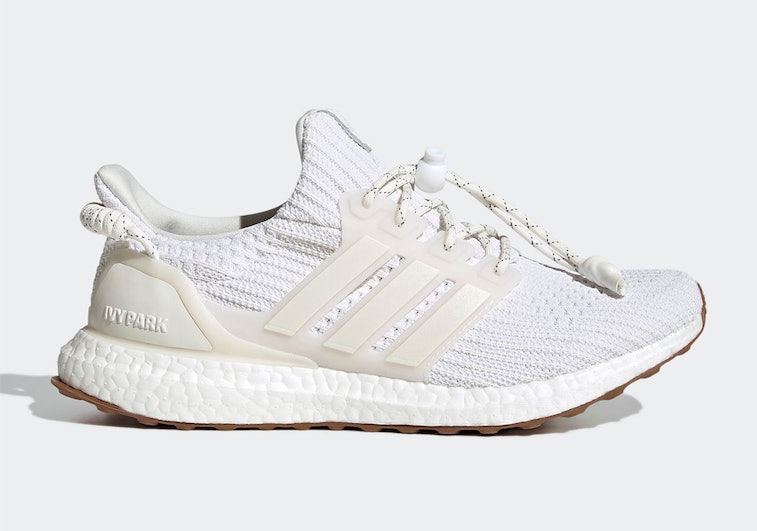 Beyonce's Ivy Park x Adidas UltraBoost has released in a small array of colors since debuting last year — and none of them are as clean as the pair set to release later this month.

The OG UltraBoost with slight design flourishes returns in a super tasteful makeup featuring several shades of white atop an ever-appealing gum outsole. It's somewhat similar to the original "Cream" UltraBoost, which in my humble opinion is the best the shoe has ever looked. Add in Beyonce's name (shouted, of course) and you've got an understated hit.

The Beyonce touch — Like the rest of the Ivy Park UltraBoosts, the shoe starts with the original silhouette and utilizes lacing for the primary deviations. The large heel loop consists of a coiled shoe lace, while the actual lacing system opts for speed with a cord lock and molded lace tips.

On the heel stabilizer you'll find "Ivy Park" debossed branding replacing the typical "UltraBoost" hit, which is the lone overt signifier of a Beyonce shoe. So even if you're yelling her name on the inside, few onlookers will know the significance of the kicks on your feet.

For this "Footwear White" color scheme, the rubber cage is done up in a semi-translucent cream — two ideas would seem to counter each other but come out looking hot. The rest of the shoe, save for the gum Continental outsole, works with whites and off-whites to great tonal effect. The tongue tag is done up in a tumbled leather, a nice little premium detail to appreciate.

T-minus two weeks — The latest Ivy Park UltraBoost is slated to release February 20 for $180 through a wide range of retailers. Adidas, Footlocker, Finish Line, and even Dick's Sporting Goods are among the stores that'll get stock, which should ensure that just about everyone who wants a pair can get one.

That's a little thing called the democratization of sneakers. And because we could all use a solid pair of white kicks in our rotation, why not make them the Ivy Park UltraBoosts?