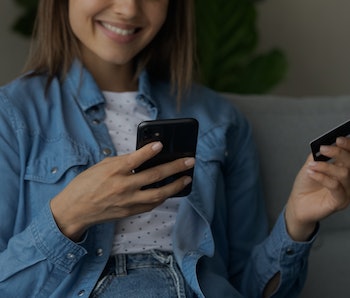 Buy now, pay later services offer more accessibility to shoppers, breaking down bigger purchases into digestible payment plans. Their convenience means a larger range of items is now within reach for many — but for others, the services have led them to spend more than they’re able to pay back.

A recent survey conducted by Pipslay reports that out of its 30,880 respondents, 41 percent used buy now, pay later accounts: 24 percent said they used the service because they did not have the full amount available at the time of purchase, while 37 percent admitted that they used the payment plan because the purchase was expensive and out of their budget. Most notably, the survey claimed that nearly half of Gen Z shoppers using the layaway platforms — about 43 percent — missed one or more of their scheduled payments.

Don’t spend money you don’t have — While buy now, pay later businesses like Afterpay and Klarna are replacing traditional payment methods like credit cards, they’re also encouraging people to spend more, and according to the Pipslay survey, outside their means. When a $500 purchase is broken down into four payments of $125, it seems more affordable — and it becomes easier to dismiss overconsumption and overspending.

On Zoomer’s preferred social media platform, TikTok, young shoppers have shared their experiences with buy now, pay later services, often revealing their own debt. User @lillian.bradford revealed in a viral video that she thought she owed $300 to Afterpay, only to discover she actually owed over $2,000. Still, Bradford said in a comment that she would use the service again because of its convenience.

Accessible debt — Afterpay is one of the most popular buy now, pay later services, with its layaway plan available at stores like Urban Outfitters, Sephora, Target, Foot Locker, REVOLVE, and more — most of which have a primarily younger audience with limited spending cash and irrational purchasing decisions.

Still, Afterpay’s co-founder and co-CEO Nick Molnar told Input in an interview that “[the founders of Afterpay] made a decision very early on that we never wanted our consumers to revolve in debt.” The platform does not charge interest, he said, and users aren’t allowed to keep using Afterpay if they’re late on an installment payment — yet the service may be easing young shoppers into debt without them realizing it.

Buy now, pay later services are making bigger purchases accessible for most. But for some of Gen Z, and others with poor money management, the services also make overconsumption, overspending, and debt that much easier.