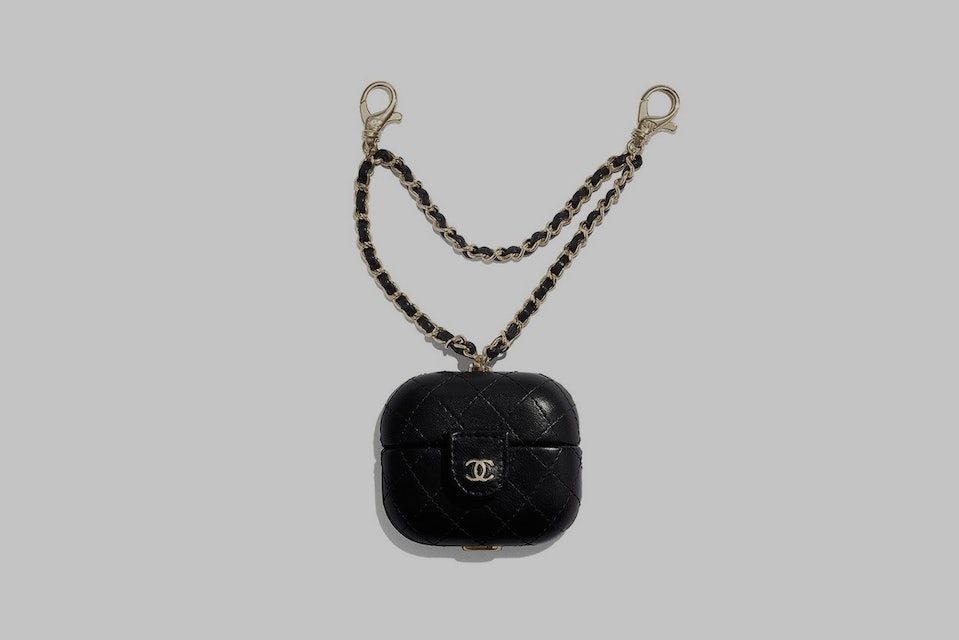 The surge of luxury AirPods cases began with the new year but seemed to have stalled as the pandemic broke out. It's as if a small totem that costs more than the technology it houses wasn't exactly fit for our economic crisis. And while the landscape hasn't exactly improved, a new entry in the space has arrived from Chanel.

The French atelier is putting out two AirPods cases inspired by a pair of its iconic handbags. One of them, with its black quilted leather, is culled from the Classic Double Flap. It features a gold Chanel logo atop the clasp, as well as a miniature version of the leather strap intertwined with gold metal. It'll drop later this month as part of Chanel's FW20 collection. Although the price hasn't been announced, you can be sure it'll cost more than an actual set of AirPods.

There's pink tweed, too — The other absurdly opulent accessory is made from Chanel's pink tweed, which has been used in a variety of bags as well as garments. It gets a much shorter rope — but with no shortage of a flex.

The black version is made for the AirPos Pro, while the pink outfits Apple's first-generation truly wireless earbuds. Either would be an anything-but-necessary splurge — and even more so whenever Apple launches the third generation. But fuck it, such a purchase isn't made to make sense. It's made to be ostentatious, and sometimes you just have to fully embrace that.

What else is out there? — Louis Vuitton made an AirPods case out of a mini trunk last year that promptly flew off the shelves with its $995 price tag. Other luxury houses have done their own versions of the accessory, including Prada, Burberry, and Saint Laurent. Each of those is in the $200 to $250 range, which is insane but nowhere near as much as the LV joints.

Expect Chanel's to come in around the same price. It may be ridiculous, but it'll be as cheap as an entry point into Chanel as you'll find.